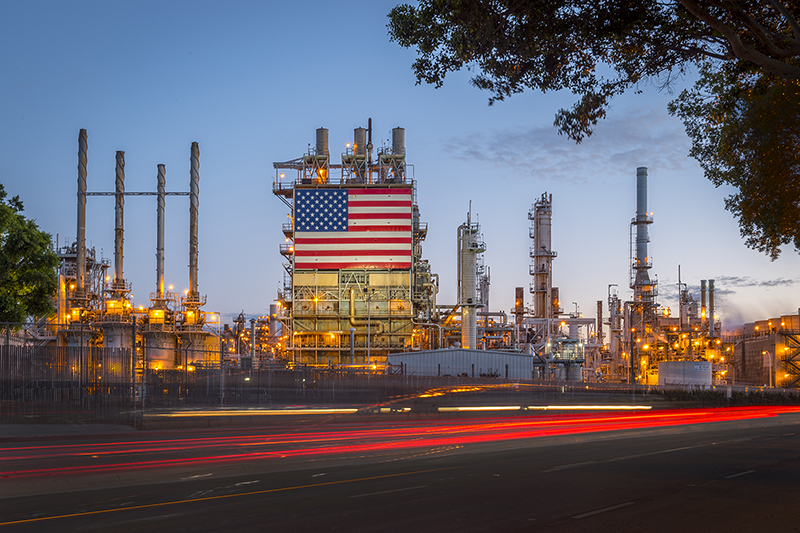 The conference, attended by lawmakers and corporate lobbyists alike, “featured spirited discussions about a potential Constitutional Convention, as well as lots of excitement about Virginia Governor-elect Glenn Youngkin’s attempt to galvanize voters around ‘critical race theory,’ the once-obscure academic subfield that right-wingers now regularly rant about, claiming that CRT has infected the K-12 curriculum and that teaching students accurate facts about slavery and segregation is somehow unfair to white people.”

That’s according to reporting from The New Republic‘s Kate Aronoff, who warned Tuesday that it appears ALEC is “gearing up for a similar move on energy policy.”

In an email obtained and first reported by Alex Kotch of the Center for Media and Democracy, Jason Isaac, director of the Koch-funded Texas Public Policy Foundation, wrote that “this morning at the ALEC Committee meetings you’ll have the opportunity to push back against woke financial institutions that are colluding against American energy producers.”

Referring to bills that aim to ban the anti-apartheid movement’s Boycott, Divest, and Sanctions (BDS) strategy, Isaac said that “the following model policy is based on anti-BDS legislation supported by ALEC regarding Israel and was recently passed in Texas to include discrimination against fossil fuels. Voting for this model policy, and encouraging more state legislatures to adopt it, will send a strong message that the states will fight back against woke capitalism.”

The “model policy” in question is the so-called “Energy Discrimination Elimination Act.” In his email, Isaac claimed that “major banks and investment firms are colluding to deny lending and investment in fossil fuel companies, using their market power to force companies to make ‘green’ investments. This model bill proposes a strategy in which states use their collective economic purchasing power to counter the rise of politically motivated and discriminatory investing practices.”

Reminder that no billionaire or large corporation—not a single one—believes in or supports the “free market.” They are all rent-seekers who systematically leverage their political power to ensure money flows their way. https://t.co/npr0sXgkSJ

As Aronoff explained, the draft bill:

Directs states to compile a list of entities that are supposedly boycotting fossil fuel companies, explicitly citing banks that are “increasingly denying financing to creditworthy fossil energy companies solely for the purpose of decarbonizing their lending portfolios and marketing their environmental credentials”; institutional investors that are “divesting from fossil energy companies and pressuring corporations to commit to the goal of the Paris Agreement to reduce greenhouse gas emissions to zero by 2050”; and large investments that are “colluding to force energy companies to cannibalize their existing businesses.”

State comptrollers would be directed to create and maintain “a list of all financial companies that boycott energy companies,” further allowing them to “request written verification from a financial company that it does not boycott energy companies.” Any company that doesn’t reply to said request within 61 days, per the model bill, would be “presumed to be boycotting energy companies.” Listed companies that don’t stop “boycotting energy companies” within 90 days would then be subject to losing state contracts or investments. State agencies would then be required to “sell, redeem, divest, or withdraw all publicly traded securities” in qualifying companies unless that would “result in a loss in value or a benchmark deviation.” Attorneys general would be empowered to enforce rules mandating that state agencies report which companies they’ve divested from and the “prohibited investments” they still hold.

Calling Aronoff’s article “alarming and important,” journalist Alex Sammon said on social media that ALEC’s model bill—which would “make it impossible for firms to divest from fossil fuels”— is the “worst-imaginable hybrid of the CRT panic and anti-BDS laws.”

Sammon denounced Democrats who, like their Republican counterparts, “enthusiastically supported those anti-BDS statutes and paved the way for state power making it impossible to make do the rational, free-market move away from fossil fuels.”

Conservatives are trying to push anti-climate change legislation across the country by creating a blacklist of companies who divest from fossil fuels.

Their model for this patently repressive move? Anti-BDS legislation. https://t.co/VzCaG1sxXB

“When Democrats cede ground on this stuff, even on the bad faith conversations around gas prices, without putting up a fight, they arm the GOP” to advance arguments like “‘reducing emissions is discriminatory,'” said Sammon. Democrats, he added, “have no clue of the reality of the fight that they’re in.”

The Energy Discrimination Elimination Act wasn’t the only piece of anti-climate legislation that the ALEC task force threw its support behind last week. According to Aronoff:

The ​”Resolution Opposing Securities and Exchange Commission and White House Mandates on Climate-Related Financial Matters” encourages states to take up legal challenges against forthcoming rules from federal financial regulators around climate risk and disclosures, potentially aiming to trigger a similar wave of lawsuits from states that followed the Clean Power Plan during the Obama administration. This follows a letter sent to the “U.S. Banking Industry” by state treasurers, plus a comptroller and auditor, from 16 extraction-heavy, Republican-controlled states just before Thanksgiving, pledging “collective action” against “reckless attacks on law-abiding energy companies.”

As Aronoff noted, “the emerging right-wing argument” that policies intended to curb emissions are “discriminatory” highlights “a deepening split between a Republican Party committed to ginning up a culture war and major arms of capital.”

“The GOP’s war on renewables is increasingly at odds with large segments of the utility sector that are ditching coal and gas for economic reasons, as well as the financial sector, where environment, social, and governance, or ESG, assets—a largely undefined umbrella category of vaguely socially conscious investments—are on track to exceed $50 trillion by 2025,” wrote Aronoff.

“Finance titans like Larry Fink have been eager to take advantage of investor interest in indistinctly green-tinged asset classes and for public spending on climate to grease the wheels for (i.e., ‘de-risk‘) their involvement in infrastructure that will be critical to the twenty-first century,” she added. “That is, for states to shoulder the risks of climate investments while corporations collect the rewards.”

In reality, robust policies to reduce climate-driven financial risks do not yet exist, much to the chagrin of progressive lawmakers and activists. Furthermore, banks have not collectively decreased—let alone halted—fossil fuel financing, despite climate scientists’ warnings about the need to do so. And despite the valiant efforts of the fossil fuel divestment movement, asset managers, including pension funds, are still contributing significantly to greenhouse gas pollution.

But none of those facts matter to a Big Oil-funded entity such as ALEC. “Like fury around critical race theory,” Aronoff wrote, “the Republicans’ war on critical energy theory doesn’t necessarily need to be rooted in reality. It just needs to get people riled up.”

Such claims ignore “the growing U.S. renewable energy industry and its lucrative stocks,” Kotch pointed out. “The Department of Energy estimates that renewable energy will account for 80% of U.S. power generation by 2050.”

Thanu Yakupitiyage, head of U.S. communications for 350.org, told Kotch that “this proposed model bill… speaks mostly to the major impact that the fossil fuel divestment movement has made, with institutions and local governments worldwide divesting from fossil fuels to the tune of $1.5 trillion and counting.”

“This bill cannot stop the reality that continued investments in fossil fuels are bad for communities and the planet,” said Yakupitiyage. “With less than eight years to turn around the worst impacts of the climate crisis, this bill is a desperate attempt by fossil fuel companies and their lobbyists to maintain their profits.”