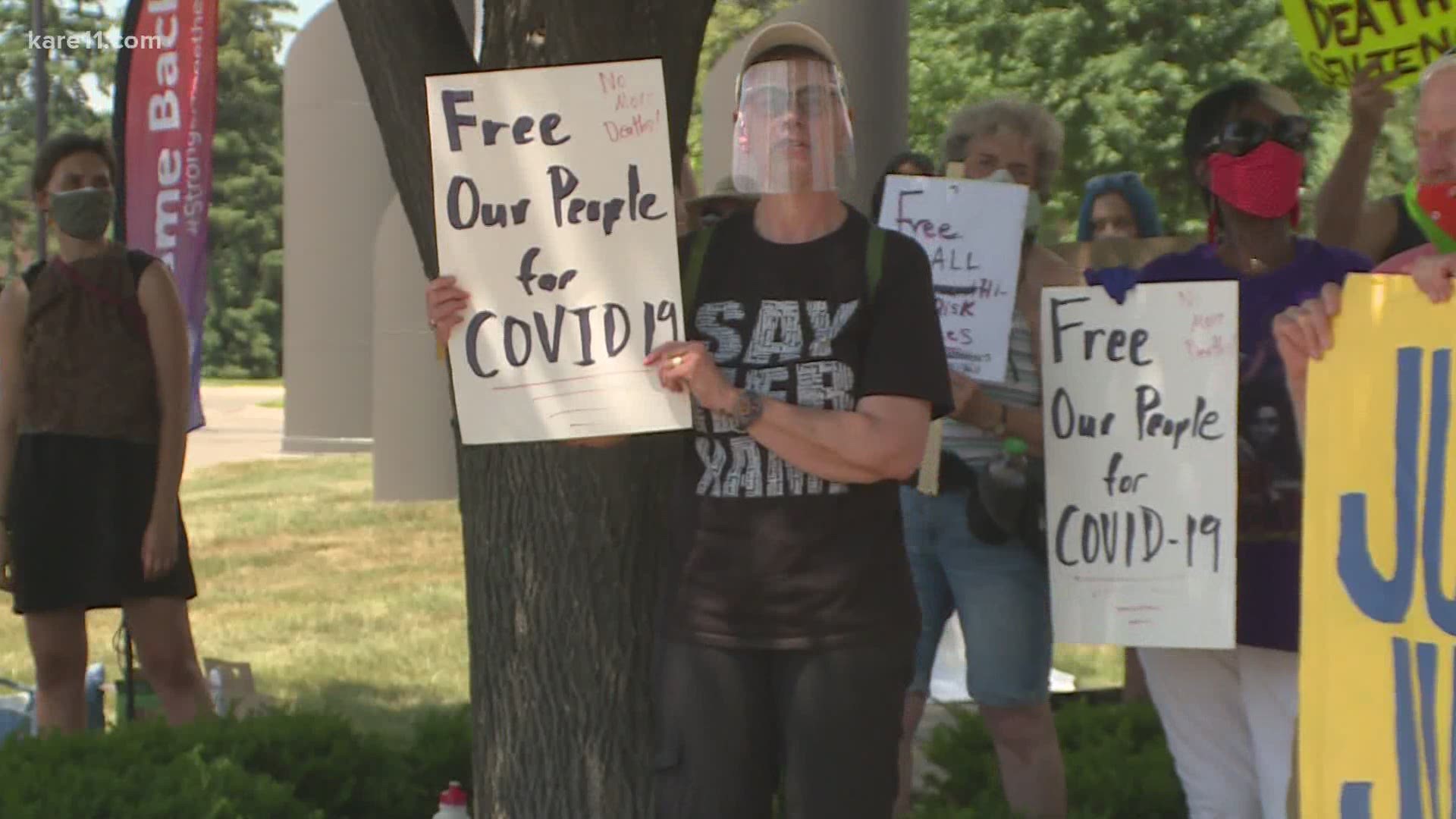 “We commend the attorney general for listening to thousands of families who asked not to be separated from their loved ones,” tweeted the ACLU. “Thousands of people can now breathe a sigh of relief knowing they will be able to remain in the communities where they have been living and working.”

“While we celebrate today, we also recognize that the threat of an eventual return to prison from a future administration is still present,” the group added, asking President Joe Biden to “use his clemency powers to provide permanent relief to families.”

Great news. One of the Trump administration’s final cruelties was an OLC opinion by Jennifer Mascott claiming that these individuals had to be re-incarcerated. It was ugly and wrong, and now it is overturned.

“​​During the pandemic, people who are incarcerated and those work in prisons have been among the most vulnerable to the virus. While Covid rages, there is no reason to force people back and put lives at risk, other than to ensure the cruelty of this system,” the CPC said. “This is the right move.”

Rep. Bonnie Watson Coleman (D-N.J.), the CPC’s vice chair at large, noted in a Tuesday tweet that earlier this year she and a bipartisan group of 29 members of the House of Representatives sent a letter urging U.S. Attorney General Merrick Garland to reverse the Trump DOJ’s memo.

“Incredible news!” the congresswoman said of the updated guidance. “Thank you to the AG, advocates, and all those who worked to make this possible.”

The Trump-era Office of Legal Counsel (OLC) concluded that under section 12003(b)(2) of the Coronavirus Aid, Relief, and Economic Security (CARES) Act, the Bureau of Prisons (BOP) would be forced to recall all prisoners “who are not otherwise eligible for home confinement under 18 U.S.C. § 624(c)(2).”

Although the Biden legal team initially concluded in July that the Trump-era document had correctly interpreted the law, the OLC’s new memo says that the BOP’s “preexisting authorities are better read to give the bureau discretion to permit prisoners in extended home confinement to remain there.”

In a Tuesday statement, Garland acknowledged that “thousands of people on home confinement have reconnected with their families, have found gainful employment, and have followed the rules.”

“We will exercise our authority so that those who have made rehabilitative progress and complied with the conditions of home confinement, and who in the interests of justice should be given an opportunity to continue transitioning back to society, are not unnecessarily returned to prison,” Garland vowed.

While welcoming the memo, Families Against Mandatory Minimums (FAMM) president Kevin Ring—like the ACLU—expressed hope that Biden will go even further.

“This is excellent news for thousands of people and their families to get before the holidays,” Ring said. There is no way the people on CARES Act home confinement should have been sent back to prison, and we are very grateful to the Biden administration for fixing this mistake.”

“We hope clemency remains on the table for those who no longer warrant home confinement,” he added. “But for now, today’s decision will ease a lot of concerns and fears.”