“We are tired of our fears being ignored, and the courts are a way to make sure our voices are heard by the government that represents us.” 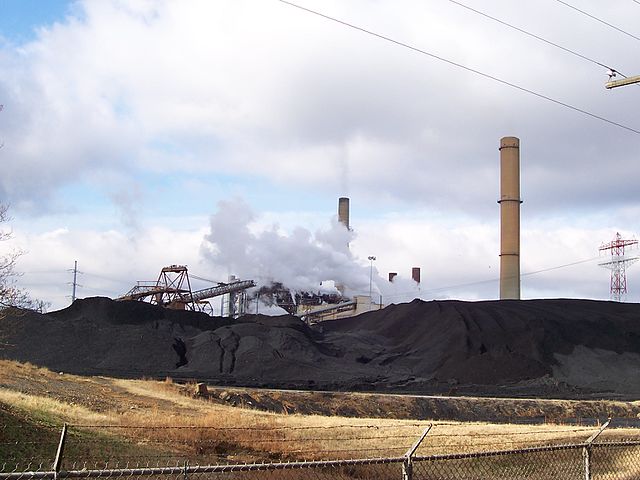 Virginia residents ages 10 to 19 filed a constitutional lawsuit against the commonwealth on Wednesday over the government’s fossil fuel policies that contribute to the climate emergency.

The 13 young plaintiffs, represented by Our Children’s Trust, are asking the court to declare that the state government’s historic and ongoing permitting of fossil fuel projects that pollute the planet violates their constitutional and public trust rights.

“Knowing that kids like me have a platform in the courts to voice our concerns and demand change is a game-changer,” said lead plaintiff Layla H. in a statement. “Virginia’s youth never signed up to clean up the mistakes of previous generations, but I’m glad to be a part of a movement that holds our state government accountable for decisions they have made, and are making to this day, that harm the lives of my generation and future generations.”

“I am hopeful for a positive outcome,” she added, “and am determined to spread the word: Climate change is systemic and getting involved with the justice system and courts is a great way to hold our leaders accountable and enact change in our local communities and beyond.”

Asserting that “the judiciary has a vital and urgent constitutional duty to protect Virginia’s children from affirmative government conduct that harms them and the endurance of the commonwealth,” the complaint details:

The climate crisis, which defendants’ permitting of fossil fuel infrastructure causes and contributes to, is already having profound impacts in Virginia and is causing grave harm to these youth plaintiffs. Increasing temperatures, sea level rise, more frequent and destructive extreme weather events, and increased incidences of vector-borne illnesses are among the climate impacts imperiling these children. Plaintiffs are experiencing significant physical and mental health injuries, significant damage to their homes and personal property, economic deprivations, and disruptions to their religious, family, and cultural practices and foundations. As children, plaintiffs are uniquely vulnerable and disproportionately injured by the climate crisis. Given their youth, their government should not be knowingly and proactively exposing them to life-long hardships.

Nate Bellinger of Our Children’s Trust, lead counsel for the youth plaintiffs, noted Wednesday that Virginia policymakers in both major political parties have fueled the current crisis.

“For decades, both Democratic and Republican administrations in Virginia have been promoting fossil fuels as the commonwealth’s primary energy source, despite having long-standing knowledge of the dangers posed by fossil fuels and the climate crisis,” he said. “The 13 youth plaintiffs in this case are already experiencing grave injuries as a result of defendants’ conduct promoting fossil fuels, and the ensuing climate impacts.”

Bellinger added that the young people “are looking to the judiciary to fulfill its duty to act as a check on the political branches and protect their fundamental rights ​​from affirmative government conduct that is harming them,” a message echoed by the plaintiffs.

“This case is a chance to finally ensure that our right to a stable climate—our right to life—is protected,” explained plaintiff Katerina L. “We are tired of our fears being ignored, and the courts are a way to make sure our voices are heard by the government that represents us.”

Fellow plaintiff Ava L. said that “children shouldn’t have to fight for our right to a livable environment and an optimistic future, but it is necessary and I’m proud to be part of this vital lawsuit.”

Wednesday’s filing adds to the list of cases in which youth across the country—with help from Our Children’s Trust—are trying to use the legal system to hold state governments accountable for harmful climate policies.

Other notable cases include Juliana v. United States; Sagoonick v. State of Alaska, which was recently dismissed by the state Supreme Court but attorneys for the plaintiffs this week filed a petition for a rehearing; and Held v. State of Montana—which, as Common Dreams reported Tuesday, is set to deliver the first U.S. children’s climate trial next February.