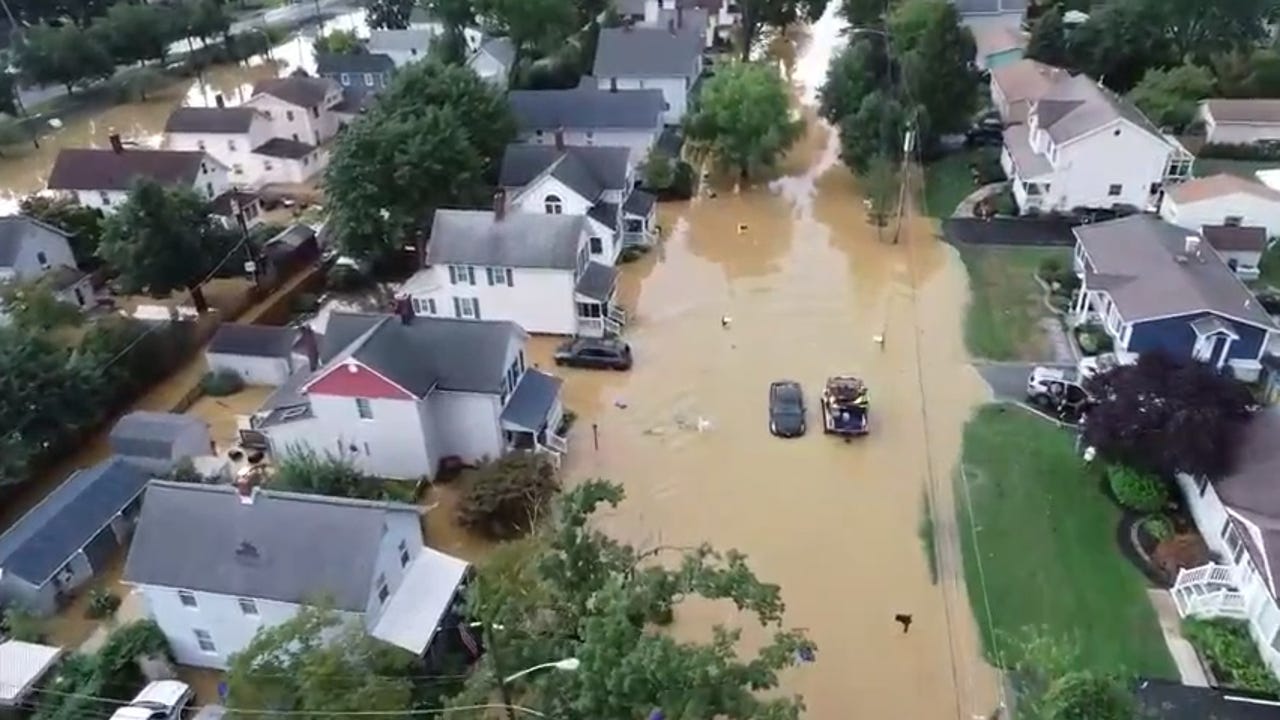 The additional foot of sea-level rise that millions in the U.S. are predicted to face by mid-century is equivalent to the amount experienced in the previous hundred years—a manifestation of the climate crisis that scientists attribute to unmitigated greenhouse gas (GHG) pollution driven primarily by the burning of fossil fuels.

This intensification of rising seas “will create a profound increase in the frequency of coastal flooding, even in the absence of storms or heavy rainfall,” said NOAA.

“By 2050, moderate flooding⁠—which is typically disruptive and damaging by today’s weather, sea-level, and infrastructure standards—is expected to occur more than 10 times as often as it does today,” Nicole LeBoeuf, NOAA National Ocean Service director, said in a statement. “These numbers mean a change from a single event every two to five years to multiple events each year, in some places.”

William Sweet, an oceanographer at the NOAA National Ocean Service, told the Washington Post that “we’re unfortunately headed for a flood regime shift.”

“There will be water in the streets unless action is taken in more and more communities,” warned Sweet.

Using evidence gleaned from tidal gauges and satellite imagery, as well as models from the most recent United Nations report on climate change, the NOAA-led analysis provides decade-by-decade projections for sea-level rise for all U.S. states and territories over the next century and beyond.

Thanks to methodological advances, the authors were able to make more definitive estimates than they did in a 2017 study on the topic, and this new information powers a number of tools, including the NOAA Sea-Level Rise Viewer designed to make “actionable climate data accessible to those who need it.”

Kristina Dahl, a climate scientist with the Union of Concerned Scientists, told the Post that research she and colleagues have conducted suggests that 10 to 12 inches of sea-level rise by 2050 would threaten approximately 140,000 homes with “chronic inundation,” or flooding every other week on average.

Citing Dahl, the Post reported that “high-tide flooding in places such as Charleston, South Carolina, has quadrupled in frequency since the 1970s. Other communities, from Louisiana to New Jersey to the Eastern Shore of Maryland, have wrestled with flooding that has become more common and costly.”

“They’re already having to make difficult decisions or major investments to cope with the flooding they are seeing,” said Dahl, who was not involved in Tuesday’s report. Although some coastal communities have so far avoided substantial damage, “they will have to start grappling with these same kinds of issues.”

While NOAA makes clear that the trajectory for sea-level rise over the next 30 years is all but certain based on past GHG emissions, Dahl stressed that this only underscores the importance of rapidly moving away from fossil fuels and implementing other significant political and economic changes.

“The fact that there’s this locked-in sea-level rise is not a reason to throw up our hands and say there’s nothing we can do about this, because there absolutely is,” Dahl told the newspaper. “This decade we’re in right now is one of the most consequential decades for our climate future.”

If the world fails to limit global warming to 1.5°C above preindustrial levels, there is an increased risk of hitting crucial tipping points, such as destabilizing the Antarctic ice sheet, which would create conditions for cataclysmic levels of sea-level rise in the future.

Urgently reducing the amount of heat-trapping emissions released into the atmosphere from this point forward could mean the difference between sea levels stabilizing at roughly two feet above the historic average by the end of the 21st century or surging by as much as seven feet, according to NOAA.

“This new data on sea rise is the latest reconfirmation that our climate crisis—as the president has said—is blinking ‘code red,'” Gina McCarthy, the White House’s national climate adviser, said in a statement.

“We must redouble our efforts to cut the greenhouse gases that cause climate change while, at the same time, [helping] our coastal communities become more resilient in the face of rising seas,” said McCarthy.

“These updated data,” said Spinrad, “can inform coastal communities and others about current and future vulnerabilities in the face of climate change and help them make smart decisions to keep people and property safe over the long run.”