“People have been making trade-offs to pay for healthcare for years. Inflation has only made things worse as people are also now struggling with the high price of gas, food, and electricity,” said the president of West Health, which conducted the new poll with Gallup. 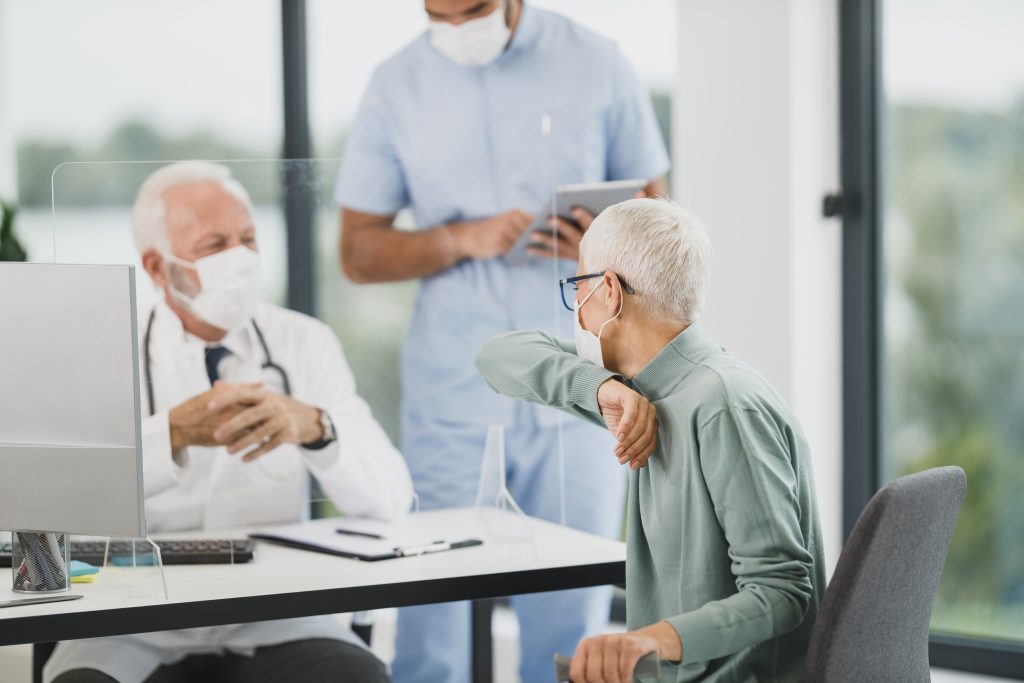 Photo by Direct Media on StockSnap

As inflation hit a 40-year high this year, nearly 100 million Americans skipped care or cut back on necessities to cover the rising cost of medical treatment in a nation infamous for its for-profit system, according to polling results released this week.

Inflation rose to 9.1% in June—and healthcare inflation was at 4.5%—when Gallup and West Health asked people across the country how they had handled higher healthcare costs over the past six months.

As the groups revealed Thursday, 38%—representing an estimated 98 million people—reported doing one or more of the following: delaying or avoiding medical care or buying prescription drugs; driving less; cutting back on utilities; skipping a meal; and borrowing money. 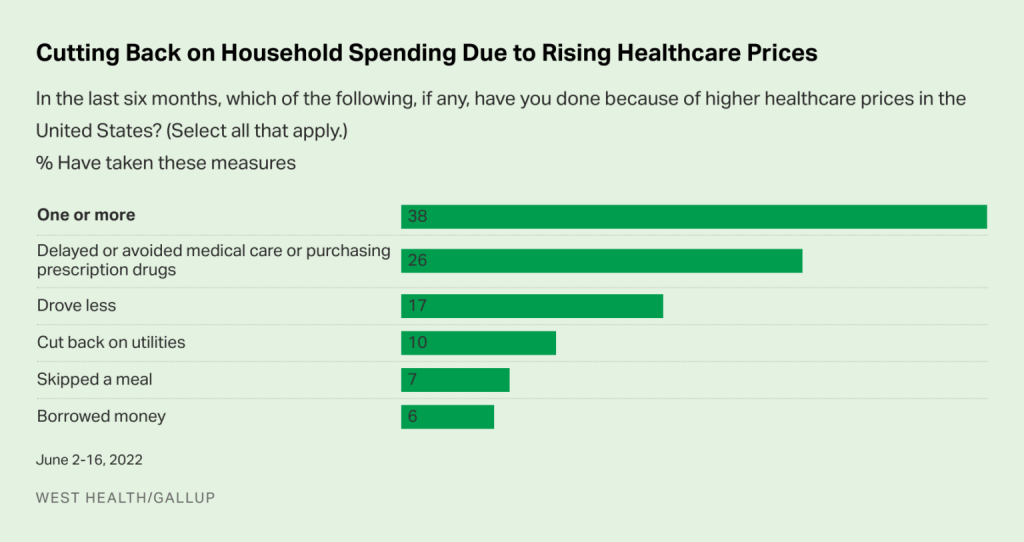 “The percentage of people making these kinds of trade-offs was higher in lower-income households, but higher earners were not immune,” Gallup and West Health highlighted.

“Women under the age of 50 also cut back on medical care and medicine at higher rates than their male counterparts (36% to 27%, respectively) and much higher than men generally (22%),” the groups noted.

Looking ahead to the rest of 2022, 39% of those surveyed are “concerned” or “extremely concerned” about being unable to cover the cost of care.

West Health president Timothy A. Lash stressed that “people have been making tradeoffs to pay for healthcare for years. Inflation has only made things worse as people are also now struggling with the high price of gas, food, and electricity.”

The poll also revealed that 70% of Americans have skipped care or cut back on necessities in the past six months because of the rising prices of goods.

“Inflation is hollowing out consumer spending habits across an array of areas,” said Gallup senior researcher Dan Witters. “What is found just under the surface is that after gas and groceries, the role of inflation in reducing the pursuit of needed care is large and significant.”

“And the rising cost of care itself, which is originating from an already elevated level, is having an outsized impact on lessening other forms of spending, compounding the problem,” he added.

Lash noted that “Congress has the power right now to reduce healthcare prices, particularly for prescription drugs. Legislation is on the table.”

Though Democrats hope to advance the Inflation Reduction Act—which includes some drug pricing reforms—in the coming days, as U.S. Sen. Bernie Sanders (I-Vt.) explained in a floor speech this week, it won’t be enough to fix the nation’s broken and unfair system.

LIVE: I’m on the floor of the U.S. Senate to discuss the so-called “Inflation Reduction Act” and I want to put the bill into the context of where we are as a nation. https://t.co/eiWjw9Wlep

“The prescription drug provisions in this bill are extremely weak, they are extremely complex, they take too long to go into effect, and they go nowhere near far enough to take on the greed of the pharmaceutical industry whose greed is literally killing Americans,” he warned.

Medicare would finally be able to negotiate with Big Pharma, but the list of drugs is limited and the new prices wouldn’t take effect for years—plus, as Sanders pointed out, “with the possible exception of insulin, this bill does nothing to lower prescription drug prices for anyone who is not on Medicare.”

In other words, as the senator put it: “Under this bill, at a time when the pharmaceuticalg companies are making outrageous profits, the pharmaceutical industry will still be allowed to charge the American people, by far, the highest prices in the world for prescription drugs.”

Sanders is a longtime advocate of not only taking on Big Pharma’s price gouging in Congress but also remaking the nation’s entire healthcare system by implementing Medicare for All.

“Guaranteeing healthcare as a right is important to the American people not just from a moral and financial perspective,” Sanders said when introducing a Medicare for All bill in May. “It also happens to be what the majority of the American people want.”