“Understanding the current state of trees within the U.S. is imperative to protecting those species, their habitats, and the countless communities they support.” 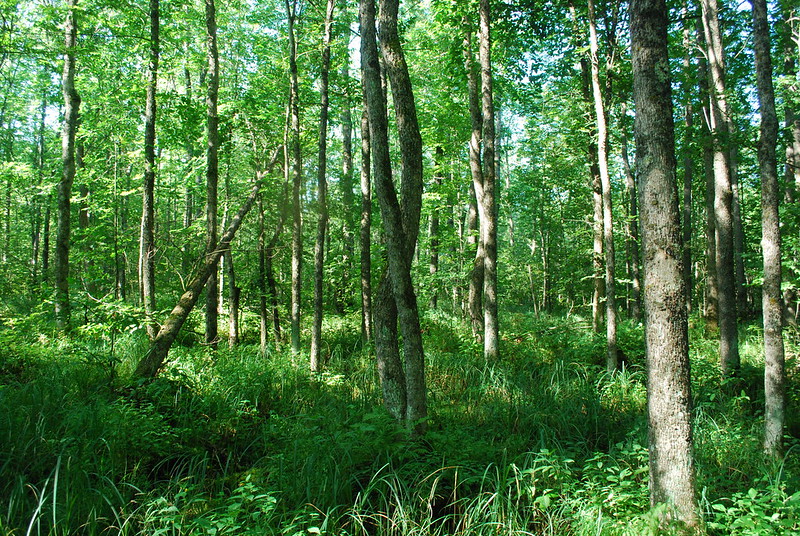 Black ash trees are among the tree species identified in a new study showing that up to one in six tree species are being pushed toward extinction. Photo: Eli Sagor/flickr/CC

New research published Tuesday reveals both how chronically under-studied tree populations are in the U.S. and how the lack of resources devoted to trees has pushed as much as 16% of all tree species toward the threat of extinction.

After five years of study, a coalition of scientists from Botanic Gardens Conservation International, NatureServe, the U.S. Botanic Garden, and other groups revealed that as many as one in six U.S. tree species are in danger of becoming extinct due largely to disease and invasive insects—both of which have been quietly made more devastating to trees in recent years by the climate crisis.

🚨 11-16% of tree species in the U.S. threatened w/ extinction, the greatest threat being invasive pests & diseases, according to comprehensive assessment by @MortonArboretum, @USBotanicGarden, @natureserve & others.

The assessment is the first project to catalogue the health of the United States’ 881 native tree species, underscoring how the study of trees has not been prioritized in the U.S., even as humans and other species rely heavily on forests for habitats, carbon absorption, and shade.

“Understanding the current state of trees within the U.S. is imperative to protecting those species, their habitats, and the countless communities they support,” said the Morton Arboretum, one of the collaborators on the project. “Until 2022, most species native to the contiguous U.S. were not assessed or were outdated in the two most widely used threat assessment platforms in the U.S.: International Union for Conservation of Nature (IUCN) Red List and NatureServe.”

Only eight tree species are recognized by the federal government as threatened or endangered, and 17 species that have been identified as vulnerable are being officially conserved.

With hundreds of tree species having never been assessed by scientists, diseases and invasive insects have begun to overwhelm many in recent years.

As The Washington Post reported, burr oak trees across the Midwest have begun dying in recent years as a result of blight, which is caused by fungus.

“Researchers think that escalating severe storms and heavy floods—trademarks of rising global temperatures—are promoting the growth of the fungus at the expense of its tree hosts,” wrote Sarah Kaplan at The Post. “It’s not difficult to imagine that the rapid changes in temperature and weather patterns could suddenly send a once-healthy species into precipitous decline.”

Extreme weather including heat waves and aridification can make trees more vulnerable to invasive insects and disease, according to the new research, with dried-out trees unable to produce the resin they need to heal and fight off invasions.

Wildfires like those that have spread across the West in recent years also pose a major threat; as Global Forest Watch reported last week, the amount of tree cover burned by fires worldwide has nearly doubled in the past two decades. In 2021, nearly 60,000 wildfires in the U.S. burned through more than seven million acres.

As Greenpeace noted earlier this week following the release of a United Nations-backed report showing that about one million species are facing extinction, trees are also threatened by human activities like logging and deforestation.

The world’s trees are threatened by various sources, including logging, deforestation for industry and agriculture, firewood for heating and cooking, and climate-related threats such as wildfires.#ClimateEmergency https://t.co/ctfA5X0OPJ

The researchers urged conservation advocates to use the study “to prioritize and advocate for strategic species and ecosystem conservation to ensure the future of trees.”

While policymakers must mitigate the climate emergency by passing far-reaching legislation to eliminate fossil fuel emissions that are driving global temperatures up, wrote Kaplan, “communities can implement stronger policies to protect existing forests and ensure that reforestation projects plant a diverse mix of species that will be more resilient to emerging threats.”