While the research predicts “a potentially bleak future for many marine species,” the authors say it “also measures how much our oceans and the life within them stand to benefit from both climate change mitigation and adaptation.” 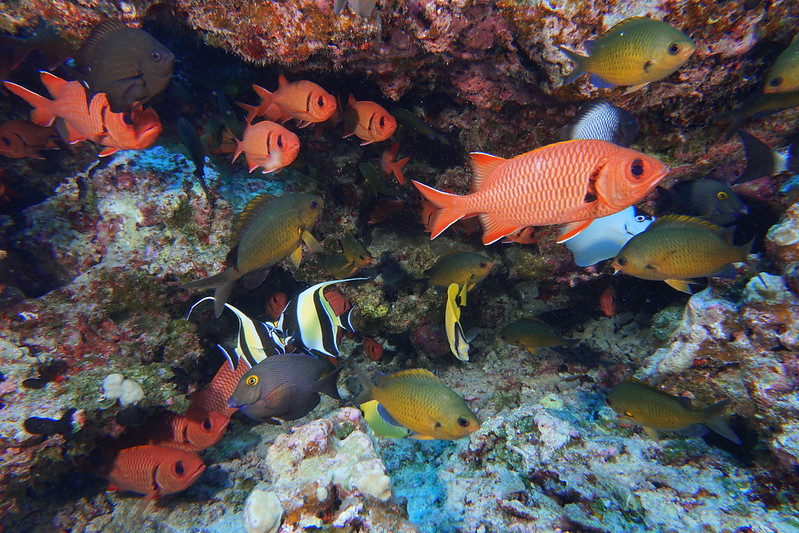 A new study details the disastrous consequences that would result for marine life across the world’s oceans if current levels of fossil fuel emissions are maintained, with up to 90% of ocean species facing extinction.

Daniel Boyce, a research scientist at Bedford Institute of Oceanography in Nova Scotia, Canada, led the study examining 35,000 species of marine flora and fauna as well as bacteria and protozoans, devising a new analytical tool called the Climate Risk Index for Biodiversity (CRIB).

Under the current level of emissions, which the United Nations said in 2019 were on track to raise global temperature by 3-5° Celsius, nearly 90% of marine species would be at high-to-critical risk of being wiped out and 85% of those species’ native habitats would be affected, on average.

“It is the worst case scenario,” Boyce told ABC News. “And when we evaluated that scenario, we found that there was a very grim picture for the climate risk for marine species.”

Boyce wrote at Carbon Brief Monday that major predator species including sharks and tuna were found to have “a significantly higher risk than species further down the food chain, such as forage fishes and invertebrates.”

“As these apex species can exert a disproportionate influence on ecosystems, it further suggests that ecosystem structure and functioning will be affected,” wrote Boyce, whose research was published in Nature Climate Change.

The study also shows how the climate crisis is exacerbating global inequality, with people in the Global South expected to face major direct impacts of the widespread extinction of marine species.

“Climate risk is largest in coastal ecosystems that support the highest fishery catches and in many subtropical and tropical ecosystems that tend to be biodiversity hotspots,” said Boyce, identifying coastal areas in South America, Central America, and South Asia as some of the places that will see the sharpest declines in marine life under the status quo.

“This then represents yet another example of climate inequality,” he added. “While low-income countries have made the smallest contribution to climate change, they are likely to bear the brunt of the impacts while being the least well positioned to adapt.”

About 10% of the world’s ocean ecosystems are at high risk of experiencing the worst effects described in the study, with ecosystems featuring species that are only found in one geographic area most at risk.

The study was published days after U.S. President Joe Biden signed the Inflation Reduction Act (IRA), which contains investments in renewable energy that some researchers say could reduce U.S. emissions by roughly 40% compared to 2005 levels by 2030. Others believe those estimates are too generous.

The independent analytical report Climate Action Tracker said this month that the signing of the IRA “marks a radical shift in U.S. climate action” and could send a powerful message to other countries that are behind in meeting the emissions targets set by the Paris climate agreement, but noted that under the law, the U.S. will still be at “a distance from its 2030 target of 50-52% below 2005 levels” and rated the country’s climate action “on the border between ‘Insufficient’ and ‘Almost sufficient.'”

Climate campaigners have applauded the passage of the IRA while calling on lawmakers to pass more far-reaching legislation requiring emissions reductions from companies and restricting new fossil fuel development.

At Carbon Brief, Boyce emphasized that his team’s study predicts “a potentially bleak future for many marine species,” but “also measures how much our oceans and the life within them stand to benefit from both climate change mitigation and adaptation.”

Reducing emissions enough to meet the Paris agreement’s goal of keeping global heating below 2° Celsius “would cut the risk [of extinction] for about 98.2% of the analyzed species.”

“Sticking to the goals of the Paris agreement would have substantial benefits for marine life, with the disproportionate climate risk for ecosystem structure, biodiversity hotspots, fisheries, and low-income nations being greatly reduced or eliminated,” said Boyce.