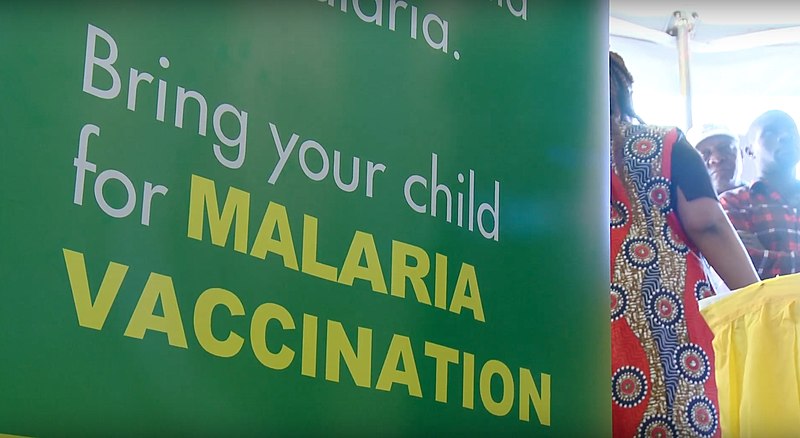 Adrian Hill, director of the university’s Jenner Institute and co-inventor of the R21 jab, described it as “the best vaccine yet” against malaria.

Malaria is one of the world’s leading causes of morbidity and mortality, affecting more than 240 million people and killing nearly 627,000 in 2020. Roughly 96% of malaria deaths occur in Africa, and the vast majority of victims are children under the age of five.

According to The Guardian, Hill “has previously said he believes R21 could help to reduce deaths from the disease by 70% by 2030 and eradicate it by 2040.”

It has taken more than a century to develop effective vaccines as the malaria parasite, which is spread by mosquitoes, is spectacularly complex and elusive. It is a constantly moving target, shifting forms inside the body, which make it hard to immunize against.

Last year, the World Health Organization [WHO] gave the historic go-ahead for the first vaccine—developed by pharmaceutical giant GSK—to be used in Africa.

However, the Oxford team claims their approach is more effective and can be manufactured on a far greater scale.

Results from a randomized controlled trial involving 409 children aged 5-17 months in Nanoro, Burkina Faso—published Wednesday in The Lancet Infectious Diseases—showed that three initial doses of the R21 vaccine before the malaria season, followed by a booster dose one year later, provides protective efficacy up to 80%.

Gareth Jenkins, director of advocacy at Malaria No More U.K., called the results “another encouraging signal that, with the right support, the world could end child deaths from malaria in our lifetimes.”

The Oxford scientists will begin seeking WHO approval for the vaccine within weeks, though a final decision depends on the outcome of a larger, ongoing trial of 4,800 children in Kenya, Mali, and Tanzania. Results are expected before the end of this year.

The Serum Institute of India, the world’s largest vaccine manufacturer, is prepared to produce at least 200 million doses of R21 annually.

Given that the vaccine can be made for “a few dollars,” said Hill, “we really could be looking at a very substantial reduction in that horrendous burden of malaria.”

“We hope that this will be deployed and available and saving lives, certainly by the end of next year,” he added.

One of the last remaining barriers to an effective rollout of the jab is possible cuts to global health spending. Hill implored the United Kingdom’s new prime minister, Liz Truss, not to squander the progress made by researchers at Oxford and their counterparts at GSK with a needless curtailment of the public investments underlying scientific innovations.

“It would be tragic if suddenly, as new tools become available, and we can have a real impact—and that’s not hard to see now by getting these [vaccines] out there—if we were to just… turn off the taps on funding,” Hill told The Guardian on Wednesday. “And there is a risk of that.”

As the newspaper reported:

The body that provides more than half of all financing for the world’s malaria programs, the Global Fund to Fight Aids, Tuberculosis, and Malaria, has warned that unless it receives significantly more money from leading donor countries such as the U.K. at its pledging conference this month, it will not be able to get the fight against those diseases back on track after the Covid pandemic.

The U.K. has not yet said what it will pledge in New York, but the fund is thought to have asked for about £1.8 billion [$2.1 billion]. As foreign secretary, Truss outlined a strategy for overseas aid marked by an overall spending reduction and a retreat from the funding of multilateral organizations like the Global Fund.

“It’s incredibly important that the Global Fund is properly refunded. What they do is absolutely amazing,” said Hill. “I hope the new prime minister will be very keen to recognize the importance of doing what the U.K. [the fund’s third-biggest donor] has done so well in the past.”

Hill, who also co-created the AstraZeneca Covid-19 vaccine that billionaire Bill Gates prevented from becoming a global public good as intended, is no stranger to the fact that medical triumphs alone are insufficient and that political-economic forces play an outsized role in shaping health outcomes.

Humanity has made significant inroads in the battle against malaria, eliminating the disease in many parts of the world over the past century and reducing its incidence in recent decades through technologies such as insecticide-treated bed nets.

However, recent research shows that malaria, dengue fever, and other infectious disease outbreaks are poised to become more common this century as the fossil fuel-driven climate emergency heats up the planet and intensifies flooding, providing a breeding ground for water- and vector-borne diseases.

This makes the expanded production and equitable distribution of resources like the R21 vaccine all the more important going forward.

Jenkins, for his part, said that not cutting the country’s contributions to the Global Fund “will be the new PM’s first foreign policy test.”

“For the sake of millions of children’s lives, global health security, and British relations with its closest ally,” said Jenkins, “it’s a test they cannot fail.”