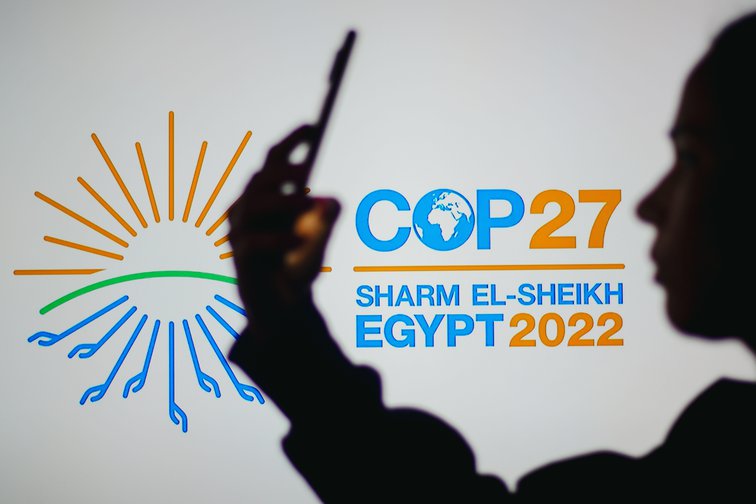 The 2022 United Nations Climate Change Conference COP27, taking place next month in Sharm El-Sheikh, Egypt, is being promoted by PR firm Hill+Knowlton, which has been accused of greenwashing | Rafael Henrique/SOPA Images/Sipa USA

The US public relations firm helping Egypt organise COP27 also works for major oil companies and has been accused of greenwashing on their behalf, openDemocracy can reveal.

Hill+Knowlton Strategies, which has worked for ExxonMobil, Shell, Chevron and Saudi Aramco, is managing communications for Egypt’s presidency of the UN climate conference, which will take place next month in Sharm El Sheikh.

Hill+Knowlton’s clients have also included Coca-Cola, which last month was controversially named as a sponsor of the conference despite having been declared the world’s worst corporate plastic polluter for four years in a row.

Kathy Mulvey, accountability campaign director at the Union of Concerned Scientists – a non-profit advocacy group – told openDemocracy that Hill+Knowlton had a “shameful track record of spreading disinformation” on behalf of oil companies.

“The COP presidency should use a PR firm committed to achieving the goals of the Paris Agreement,” she said. “All bad actors involved in climate deception – including the PR industry – must be held accountable”.

“Just as they did for the tobacco industry decades before, lobbyists and spin doctors have spewed harmful misinformation,” Guterres said last month. “Fossil fuel interests need to spend less time averting a PR disaster – and more time averting a planetary one.”

Hill+Knowlton, one of the oldest PR firms in America, did indeed work extensively for the tobacco industry during the 20th century and is now employed by the oil and gas sector. But its track record has not stopped it winning business at COP27.

Hill+Knowlton has been accused of greenwashing over its PR work for the Oil and Gas Climate Initiative (OGCI) – a group of 12 fossil fuel industry CEOs, including those of ExxonMobil, Shell and BP.

As well as being named on OGCI press releases since at least 2016, Hill+Knowlton has acted as the OGCI’s secretariat, according to a UN-backed website, suggesting it coordinated the group’s work.

Hill+Knowlton’s “leadership” of the OGCI earned it a satirical prize earlier this year for “environmental impact” at the “F list awards”, a tongue-in-cheek initiative aimed at exposing greenwash in the “most egregious campaigns on behalf of fossil fuel companies”.

The awards are organised by Clean Creatives, a campaign group that encourages PR and advertising agencies to boycott fossil fuel companies.

Duncan Meisel, executive director at Clean Creatives, told openDemocracy: “Hill+Knowlton were leading pushers of misinformation on behalf of the tobacco industry, and they are continuing that legacy by misleading the public and policymakers on behalf of fossil fuel polluters.”

The OGCI says on its website that it “aims to accelerate action towards a net zero emissions future consistent with the Paris Agreement” – a claim it has repeated in press releases linked to Hill+Knowlton. The goals of the Paris Agreement are to keep global warming to well below 2C, and to pursue efforts to limit it to 1.5C.

But Meisel questioned the OGCI’s commitment to those goals.

“The International Energy Agency says that there is ‘no room’ for new oil and gas projects if we are to achieve the Paris climate goals,” he said, “but the members of the Oil and Gas Climate Initiative are collectively spending tens of billions of dollars to expand production of fossil fuels. Any statement or campaign implying they support keeping warming below 1.5 degrees Celsius is rightly classified as a lie.”

Further criticism of the OGCI’s spin has come from the campaign group Oil Change International, which described an OGCI report in 2019 on net zero emissions as “bad science, full of holes”, and the OGCI itself as “nothing but a greenwashing effort”.

This week, the climate journalist and author Naomi Klein wrote about how Egypt’s ruler Abdel Fatah al-Sisi was using COP27 to greenwash his “police state”.

Klein said that “Sisi’s Egypt is making a big show of solar panels and biodegradable straws ahead of next month’s climate summit – but in reality the regime imprisons activists and bans research”.

Hill+Knowlton did not respond to requests for comment. Neither did OGCI, which employs Hill+Knowlton to handle media inquiries, nor the COP27 spokesperson within the Egyptian government.