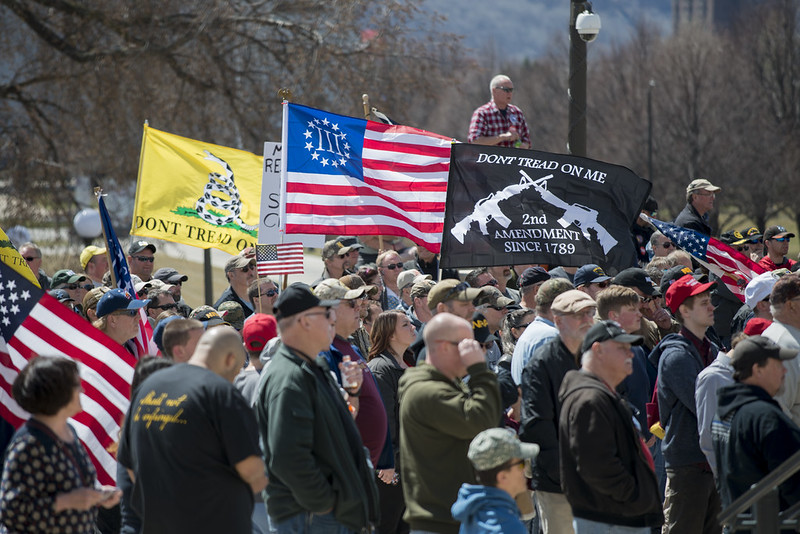 Researchers in the U.S. have linked the climate crisis and the extreme weather patterns it causes to the country’s epidemic of gun violence in a first-of-its-kind analysis, showing that thousands of shootings in the U.S. in recent years were attributable to higher-than-average temperatures.

As Environment Journal reported Tuesday, experts at Boston University School of Public Health and University of Washington School of Social Work analyzed 116,000 shootings in 100 of the country’s most populous cities between 2015 and 2020 and found that 7,973 took place during periods of unseasonable heat, concluding that about 7% of shootings could be attributed to extreme heat.

The research, which was originally published in the Journal of the American Medical Association (JAMA) Network Open in December, found that the Northeast and Midwest saw the greatest increases in gun violence on days that were unseasonably hot, but the trend was observed across the country.

“It could be that heat causes stress, which makes people more likely to use aggression,” said Dr. Jonathan Jay, a co-author of the study and faculty member of Boston University’s Center for Climate and Health. “Or it could be that people are more likely to get out on warmer days and have more interactions, which creates more opportunities for conflict and violence. Most likely, it’s a combination of both.”

While it is the first analysis of the correlation between the climate crisis and gun violence in the U.S., the study offers the latest evidence of a dynamic that has been previously reported: violent incidents, including domestic and gender-based violence, increase during and after extreme weather events driven by the climate emergency.

As The Washington Post reported Tuesday, the U.N. Intergovernmental Panel on Climate Change (IPCC) in 2022 identified a link between extreme weather and domestic violence, while The Lancet published an analysis of more than 40 studies showing “an increase in one or several [gender-based violence] forms during or after extreme events, often related to economic instability, food insecurity, mental stress, disrupted infrastructure, increased exposure to men, tradition, and exacerbated gender inequality.”

We spoke to women in three countries – Kenya, India & Philippines – to unpack how #climatechange worsened violence at home for them.
Geoffrey Ondieki, @AieBalagtasSee and I co-reported this piece for @FullerProject & @washingtonpost. https://t.co/XmDkoyeFsL

The Lancet report included research completed in 2021 at St. Catherine University in Minnesota, which found that economic stresses caused by flooding, drought, and extreme heat in Kenya were linked to a 60% rise in domestic violence in certain parts of the country.

Evidence for the connection between violence and the effects of the climate emergency is “overwhelming,” Terry McGovern of Columbia University’s Mailman School of Public Health told the Post on Tuesday.

Researchers at Boston University and Washington University said their new study makes the case both for lawmakers to pass gun control and climate action measures and for local investment in heat mitigation strategies, such as increasing tree cover in “urban heat islands.”

When introducing the Saving Hazardous and Declining Environments (SHADE) Act in 2021, Rep. Bonnie Watson Coleman (D-N.J.) noted that many formerly redlined urban neighborhoods are on average 4.68°F hotter than non-redlined areas, “due to reduced tree cover and increased asphalt or concrete surfaces.”

“We know that segregation and disinvestment lead communities of color, especially Black communities, to have greater exposure to adverse environmental conditions that contribute to gun violence risk, such as abandoned buildings, liquor stores, lack of green space, and more intense urban heat islands,” Jay said in a statement in December.

Heat mitigation strategies could be a crucial part of an effort that is “part racial justice, part climate change mitigation, and part gun violence prevention,” he added.