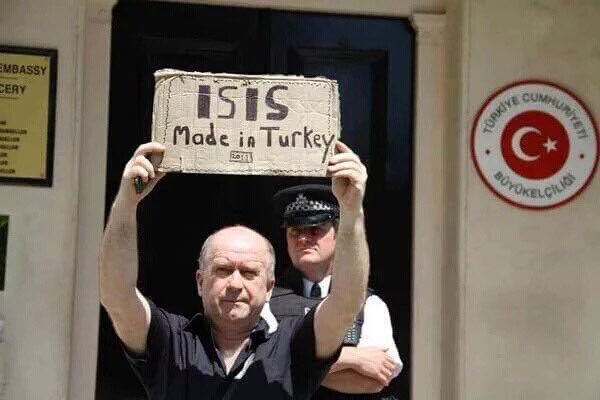 Turkey openly supports Islamist militants in Syria — and this has been going on for years. These militants have ties to al-Sham, who have ties to al-Qaeda, who have ties to ISIS. Al-Sham has been documented carrying out atrocities against civilians in Syria as recently as May 2016, but the NATO establishment still refuses to classify them as a terrorist group — despite the fact they have been openly fighting alongside al-Nusra, al-Qaeda’s official branch in Syria. As Turkish journalist Fehim Tastekin, who writes for Al-Monitor, told RT, “Al-Nusra uses other groups, such as Ahrar al-Sham, as proxies to distribute weapons ‘coming from Turkey.’” END_OF_DOCUMENT_TOKEN_TO_BE_REPLACED