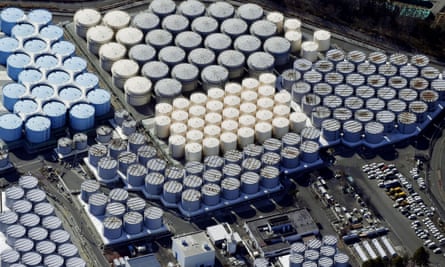 The decision made by Prime Minister Yoshihide Suga’s Cabinet gives Tokyo Electric Power Company (TEPCO) the green light to release Fukushima’s wastewater into the sea just over a decade after one of the worst nuclear disasters in history; discharges won’t begin for two years, as TEPCO prepares for a process that is expected to take decades. END_OF_DOCUMENT_TOKEN_TO_BE_REPLACED 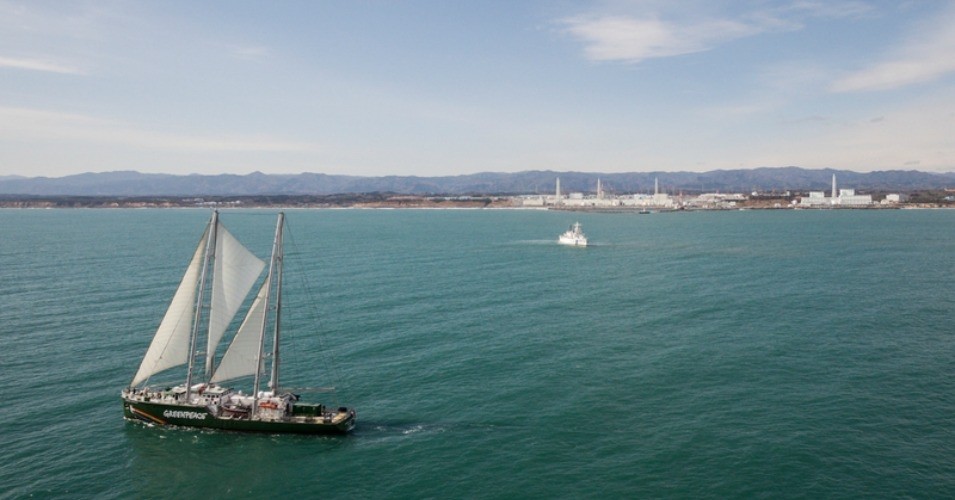 “There are no other options” other than dumping the water into the ocean and diluting it, Yoshiaki Harada said at a news conference in Tokyo. END_OF_DOCUMENT_TOKEN_TO_BE_REPLACED 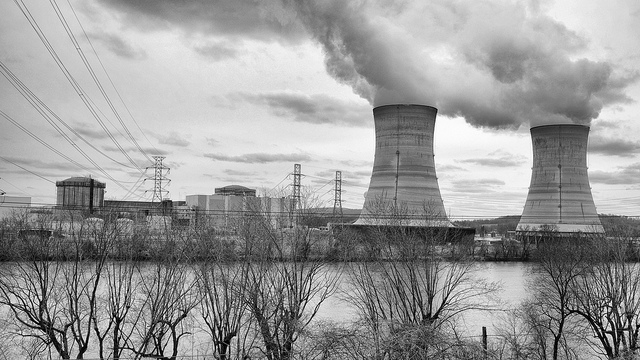 Independent watchdogs are raising alarm about the nuclear power industry’s ongoing efforts to convince federal regulators to scale back safety inspections and limit what “lower-level” issues are reported to the public.

The Nuclear Regulatory Commission (NRC)—an agency dominated by President Donald Trump’s appointees—is currently reviewing its enforcement policies and is set to put forth recommendations for updating the nationwide rules in June. As part of that process, it sought input from plant operators and industry groups. END_OF_DOCUMENT_TOKEN_TO_BE_REPLACED

Film alleges former nuke commission chair was ousted by pro-industry forces who thought he was being ‘too aggressive’ in his efforts to protect the public.

A new documentary, premiering Friday at the Tribeca Film Festival, provides a glimpse inside the aging nuclear plant known as Indian Point—as well as a slew of new arguments against nuclear power.

The 94-minute film, titled Indian Point and directed by Ivy Meeropol, features unprecedented footage of the three-unit nuclear power plant station, which was designed in the 1950s and sits in Buchanan, New York, just 35 miles up the Hudson River from Times Square.
END_OF_DOCUMENT_TOKEN_TO_BE_REPLACED 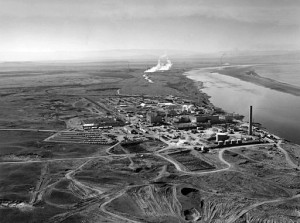 The N Reactor at the Hanford site, along the Columbia River. The twin KE and KW reactors can be seen in the immediate background, with the B Reactor in the distance. Photo by United States Department of Energy (Image N1D0069267.) [Public domain], via Wikimedia Commons

When the word “Fukushima” is spoken, the reaction is visible. People were horrified as the huge facility succumbed to Mother Nature through earthquake and tsunami aftermaths, destroying Japan’s pride of their nuclear energy program. Despite all the planning and innovation, we were shown how insignificant mankind’s attempts to become supreme over nature truly are.

So it should come as no surprise that the most contaminated site in the United States and possibly on the planet continues to threaten the safety and security of our nation, while Washington DC ignores the problem and federal agencies work overtime of cover-up rather than clean-up.

Hanford Nuclear Reservation in Washington state is home to our largest nuclear waste facility. It was the facility that produced the plutonium used at the Los Alamos site to manufacture the atomic weapons tested at Trinity and later dropped on Nagasaki and Hiroshima, Japan. 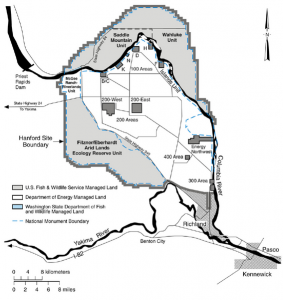 By 1963, the Hanford Site was home to nine nuclear reactors along the Columbia River, five reprocessing plants on the central plateau, and more than 900 support buildings and radiological laboratories around the site. Extensive modifications and upgrades were made to the original three World War II reactors, and a total of 177 underground waste tanks were built. Hanford was at its peak production from 1956 to 1965. The site was fully decommissioned, meaning it no longer produced nuclear energy, in 1987.

The Hanford site currently stores 53 million gallons of high-level radioactive waste, an additional 25 million cubic feet of solid radioactive waste, 200 square miles of contaminated groundwater beneath the site and occasional discoveries of undocumented contaminations that slow the pace and raise the cost of cleanup. 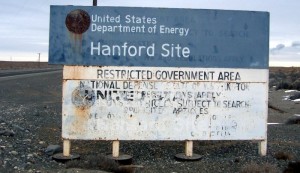 When it was constructed, there were single walled storage tanks that were designed to store the nuclear waste for 20 years, with the expectation that science would develop a means to deal with the waste. That didn’t happen. 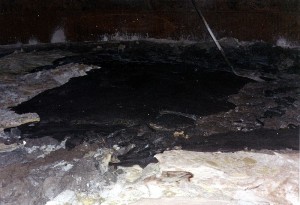 This is the surface of waste found in double-shell tank 101-SY at the Hanford Site. Pacific Northwest National Laboratory and others are working to remediate this waste. The appearance and chemical mixture in each Hanford Site waste tank depends on how the waste was generated and later waste management practices such as liquid evaporation, radionuclide removal, and waste mixing between tanks. The steel pipe was bent during past waste movement during a gas release (“burp”). April 1989 Courtesy: Pacific Northwest National Laboratory

In 1986, over 19,000 pages were released by the Department of Energy. A mass tort lawsuit brought by two thousand Hanford downwinders against the federal government has been in the court system for many years. The first six plaintiffs went to trial in 2005, in a bellwether trial to test the legal issues applying to the remaining plaintiffs in the suit. The case remains unresolved and centers on the radiation that was found in the air from the facility.

A legal challenge for downstreamers has not been made public, so we do not have knowledge of any pending suits filed on behalf of these people.

Why is this news today? The Department of Energy, together with other agencies, has demonstrated a track record for ignoring, denying and delaying the clean-up of Hanford. Radiation plumes have been identified under the facility which show movement toward the Columbia River, with hundreds of thousands of “downstreamers” in the danger path. Like the coal ash spills in North Carolina, “downstreamers” are people affected as a pollutant or contaminant to a water system moves through that area, affecting more down the stream as it proceeds. 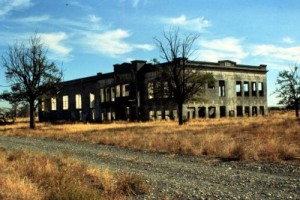 To date, two people who attempted to do the right thing by making citizens aware of the government’s failure to address this particular site have been fired. They apparently do not meet the criteria for whistleblowers laws, as they are reporting on federal activities.

Also unresolved is how exactly this site will be dealt with. Just two days prior to the most recent discovery of leaks in the double walled tanks that are supposed to be “safer” than their much older counterparts on March 6, 2014, the Obama Administration proposed cutting millions from the cleanup budget for the Hanford site. Additionally, most corporate news agencies do not have interest in running this “old” story when they would rather talk about governors and bridge scandals and the re-writing of children’s stories to excuse the political ineptness of prominent public figures.