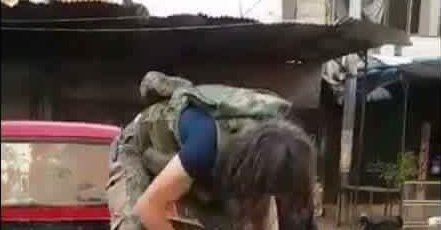 Handarat, Syria — One of several U.S.-backed Syrian rebel groups has been caught on video taunting—and then beheading—a boy as young as 10 years old.

They claim the youth was a captured Palestinian fighting on behalf of pro-government forces—but his extremely young age, and the fact the group has received training and aid in financing and weapons from the United States government, could incite profoundly negative consequences in a situation already fraught with controversy. END_OF_DOCUMENT_TOKEN_TO_BE_REPLACED