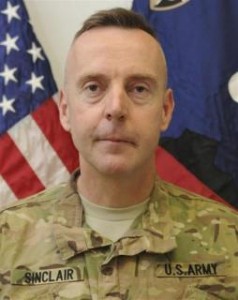 Brig. Gen. Jeffrey Sinclair has reached a plea bargain deal with prosecutors, meaning the sexual assault charges against him have been dropped in exchange for pleading guilty to lessor charges. The result will mean he does not have to register as a sex offender and he is still able to retire with benefits from the military.

Sinclair, 51 and the former deputy commander of the 82nd Airborne Division, was accused of twice forcing a female captain to perform oral sex on him in Afghanistan in 2011 during a three-year extramarital affair. He is also accused of possessing pornographic material in a field of combat, considered an action against the military code of conduct. Sinclair is believed to be the highest-ranking U.S. military officer court-martialed on sexual assault charges.

The case is examined in detail in a report from Daily Mail Reporter on March 17. He has agreed to plead guilty to charges of disobeying orders, misuse of a credit card and causing “emotional duress” to his victims.

When do the victims of rape and sexual assault get to plea bargain? What kind of “deal” do they get to help them live out their days with the ramifications of the crime which has been committed? Assuming most victims will live through their nightmares, what plea bargains do families get for those who are murdered? 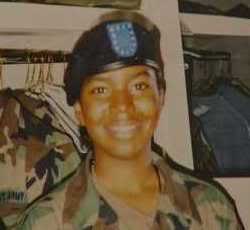 Photo courtesy of the family of LaVena Johnson

On July 18, 2005, LaVena became the first woman soldier to die while serving in Iraq or Afghanistan.

The army classified LaVena’s death as a suicide. Somehow, prior to committing “suicide”, the army claims LaVena managed to beat herself enough to bruise her upper torso, leaving bite marks in various places, and breaking her nose and neck. She also, according to the army reports, poured a caustic chemical over her genital area, glued her white dress gloves to her badly burned hands, and fired a M16 into her mouth. She left a trail of blood on the ground as she dragged herself into the tent of a contractor to commit this “suicide” and set the tent on fire as well, the army claims in the autopsy reports that LaVena’s family was able to attain only through Freedom of Information requests.

Despite exhuming their daughter’s body and having independent investigations reveal that LaVena was killed by a 9mm shot to the side of her head, the evidence of rape and the clear evidence that the reports include that directly contradict the final determination of suicide, the army refuses to recognize her death as anything BUT a suicide.

No ongoing investigation in the army exists and no one has been brought to justice for the murder of this young woman who was serving her country at the time of her death.

When you consider both these cases, the obvious truth is also the most shameful one. There is no indication the military has any intention of changing how they deal with the rape and sexual assault crimes that are taking place. Their continued protection of the rights of the perpetrators over that of the victims speaks to a contribution toward rape culture, not toward discipline within the ranks.

Shouldn’t “plea bargains” have to be acceptable to the VICTIM of the crime, not to those trying to cover a crime up? Shouldn’t victims’ voices be the FIRST consideration, not an afterthought? How do we expect things to get better if we allow them to stay the same?

Occupy World Writes joins all those who have called for an end to allowing protections and decisions from superior officers that are, often times, perpetrators themselves. Rape and sexual assault have no place in the military and those who commit these offenses are not worthy to wear the uniform of the Armed Services. LaVena Johnson believed our nation was worth serving. Doesn’t that mean she is worth protecting?

You can sign the Change.org petition asking the Army to reopen the investigation regarding LaVena Johnson here:  http://www.change.org/petitions/it-s-time-to-act-now-claim-justice-for-pfc-lavena-johnson