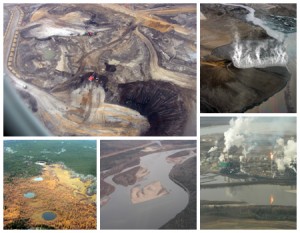 Photo collage by Jungbim (Own work) [GFDL, CC-BY-SA-3.0) or FAL], via Wikimedia Commons

Now that the time period for public comment has past, we thought we’d take a look at the multinational company, TransCanada, to get an idea of what we can expect should the Keystone XL project be approved.

We were not impressed.

TransCanada reported 2013 net income at $1.7 billion USD, with total assets of $54 billion, and capital expenditures and investments were reported at $5 billion.

Keystone XL is the last leg of the planned projects to move tar sands oil to the coast for shipment to world markets after refinement. The southern leg, called the Gulf Coast Project, was completed and began flowing with Canadian tar sands diluted bitumen even before the inspection process was completed and approved. “Anomalies” (factually known as defects in construction or material) on this portion of the pipeline were not repaired before TransCanada started the flow. The Gulf Coast portion runs from Cushing, OK to Port Arthur, Texas.

The Gulf Coast portion of TransCanada’s pipeline was built by breaking laws and regulations. When an injunction to halt the progress until concerns could be addressed was filed, it was rejected and the courts ruled that “the threatened environmental injuries were outweighed by the financial harm that the injunction would cause Transcanada,” according to a report from Common Dreams by Steve Horn, in October of 2013. It should be noted that two of the three judges making this ruling were appointed by George H. Bush and George W. Bush during their presidential terms.

Also at issue is the methods by which TransCanada gains cooperation and tromps all over any regulations and permit processes. And they don’t have to look far to find willing regulators; “The Corps is abusing the nationwide permit program (NWP 12). Nationwide permits were intended to permit categories of projects with truly minimal impacts, not tar sands oil pipelines crossing several states,” said attorney Doug Hayes.

Horn’s report continues, “Utilizing tricky legal loopholes, Transcanada used NWP 12 to push through Keystone XL’s southern half in February 2012, calling each half acre segment of Keystone XL’s southern half a “single and complete project.” The Army Corps of Engineers agreed despite the fact that Transcanada refers to the pipeline at-large as the “Gulf Coast Pipeline project.” 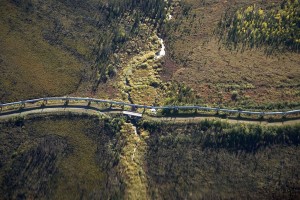 “What the Corps is doing is artificially dividing up these massive pipelines, treating them as thousands of individual projects to avoid environmental review,” Hayes explained. “In this case, there were 2,227 crossings of federal waterways, so the Corps has treated the Gulf Coast Pipeline as 2,227 ‘single and complete projects,’ each of which qualifies under NWP 12.”

(There is) “real and significant harm caused by the actual construction of the pipeline, including the clearing of trees and vegetation, removing topsoil, filling wetlands, building access roads, and clearing an eighty-five foot construction right-of-way for the length of the pipeline.”  But the main legal question – whether TransCanada violated the law by using NWP instead of NEPA for regulation of the Gulf Coast Project’s construction – remains unaddressed to this day.

Also in contention is the question of how TransCanada, an international Canadian-based company, was able to use “eminent domain” laws to force unwilling landowners to give them access to building the pipeline through the state of Nebraska. At issue here are 5th Amendment rights; “public use” requires that the property taken be used to benefit the public rather than specific individuals. If SCOTUS has determined that corporations are “individuals,” then we argue this negates any benefits from “public use” and advantages gained through use of eminent domain laws. The “public” does not benefit, only the corporation and its shareholders. The majority of Americans object to this project, and no one will benefit; rather we will all pay a very high cost overall if this project is approved.

But that is just the beginning of the problems we found when looking at TransCanada’s inability to play well with others and their propensity to run with scissors. 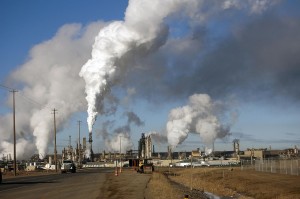 While Mayflower, AR continues to grapple with the aftermath of a pipeline leak in their community, and we have seen two explosions of pipelines within two years of their construction and being brought online, we must also examine some of the other major concerns TransCanda presents, as well as debunk the myths they continue to put forth.

In a report from CBC News – Edmunton, TransCanada has been accused of non-compliance with pipeline engineering code by Evan Vokes, a former engineer with the company who said the company was using substandard pipeline welding and inspection practices. The National Energy Board released its final audit for the company’s pipelines integrity program recently, which validated many of Vokes’ complaints from 2011. Vokes has been terminated by TransCanada, a decision made in retaliation for his whistle blowing. “Nobody stood up,” Vokes said. “Professional engineers have a duty of care to society. People should have stood up.”

But wait – there is still more headlines the US corporate media does not want you to see (remember who corporate partners are…): 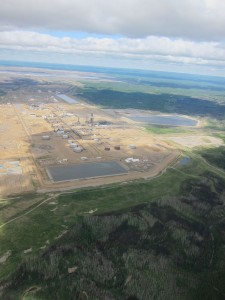 CNRL Horizon processing plant in the Athabasca Oil Sands of Alberta, Canada. Burn from the 2011 Richardson Fire visible in foreground. Photo by The Interior (Own work) [CC-BY-SA-3.0 or GFDL], via Wikimedia Commons

ST. PIERRE-JOLYS, Manitoba, Canada,  January 27, 2014 (ENS) – A TransCanada natural gas pipeline ruptured and exploded early Saturday morning in an isolated area near the town of Otterburne, 25 kilometers (15 miles) south of Winnipeg. The pre-dawn pipeline break and resulting explosion sent a massive fireball into the night sky.
TransCanada investigates natural gas pipeline leak in northern Alberta, Service on a natural gas pipeline that feeds oilsands producers in northern Alberta has been mostly restored after being disrupted by a leak. “TransCanada has confirmed that its response personnel successfully isolated the pipeline break section that occurred… on our North Central Corridor system, and has now resumed delivery of natural gas to most of its industrial customers in the area,” said spokesman Shawn Howard. The cause of the leak was still undetermined at the time operation resumed.
Expect More Unreported Pipeline Leaks: “TransCanada said it will refuse using state-of-the-art detection equipment on the Keystone XL pipeline”: Companies, like TransCanada, can easily afford the extra expense of better detection equipment, but they would rather save money, “fearing higher costs and false alarms.” TransCanada said it will refuse using state-of-the-art detection equipment on the Keystone XL pipeline.
It’s Crazy To Think Keystone XL Won’t Leak Forbes magazine article leaks the truth; “With over 16,000 sensors tied to automatic shut-offs, the proposed Keystone XL Pipeline (as in Xtra-Large) is not your father’s pipeline. However, it’s still a pipeline, and the long history of ruptures, leaks, spills and other “incidents” call attention to the problems that face all pipelines in America. We just don’t maintain them like we should.”

We think you are getting the picture here. But if you think there is nothing more we can do, let us introduce you to Bold Nebraska, an organization that unites people and provides resources and facts regarding the Keystone XL pipeline as it crosses Nebraska. Along with information on actions and resources that are fighting the approval of this project, they include a wealth of information regarding Transcanada’s performance and record of “good intention” of operating with safety and enivironmental issues as a priority. Included in their remarks is, “TransCanada’s first pipeline leaked 14 times in 12 months. The worst spill was over 21,000 gallons of tar sands oil and toxic chemicals that happened in North Dakota. TransCanada’s leak detection system did not work because when a landowner called to report the spill the operator thought he was joking.”

Coming Soon: Learn more about the Harper Administration’s policy toward First Nations peoples as the government continues plans to develop traditional aboriginal lands despite opposition and with total disregard for native rights.