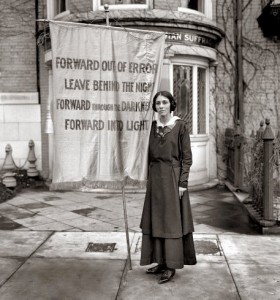 Women in America are fortunate. At least that what the laws will would tell you. Enforcement of those laws and the very rights of women are so threatened in today’s landscape that we have reached a new level in our oppression of over half the US population.

This is not about just contraception and health care rights. It is not a question about abortion alone. It is not just about our right to equal pay for equal work. It is more than about our right to live in a society where we can be safe in our homes and on our streets from domestic violence and rape. It goes beyond the voter ID laws that target women who have changed their names.

This is about control. Today’s atmosphere is so ripe for the oppression of women that ALEC and certain lawmakers are now introducing stone-age era legislation – here’s just some of the latest highlights in the battle:

One must question what men fear so much that causes the same approach to handling women’s issues as is orchestrated in anti-trust monopolies. If SCOTUS can rule that corporations are people, than women should be considered corporations. Then we could file a class action lawsuit on the merits of an oppressive monopoly that denies us our right to compete, to function safely and to protect our interests.

I declare myself a non-profit so I no longer have to pay taxes to a government that suppresses me.

In London, a mentally ill woman from Italy was declared incompetent, resulting in a “rare” court decision to force her to have a cesarean section birth and then placed the infant up for adoption, all against the mother’s will. As details of the case are revealed in a compelling report from Maria Cheng, it becomes apparent that women will always be subjected to governments, courts and other patriarchal authorities regardless of status or health.