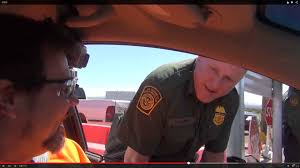 NBC News reported Monday that at least one journalist and four immigration lawyers were stopped at Customs and Border Protection (CBP) stations near the border in Texas and Arizona in an apparent attempt to identify individuals in the area who oppose the Trump administration. END_OF_DOCUMENT_TOKEN_TO_BE_REPLACED