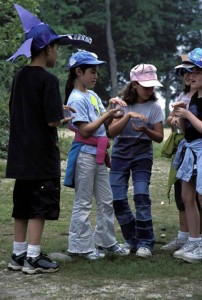 I think it is time for me to fulfill a lifetime dream of founding my own town.

In this town, there are ordinances that prevent the manufacturing and industrial sectors from polluting the land, air and water. They are very happy to operate within these policies. We also have a tax-increment district that encourages development of new businesses in the city center. The public utilities are modern enough to handle all water, sewer, gas and electrical needs of the growing city.

Our residents live in public school districts that have attained the highest education standards possible. We have a 98% graduation rate, with 85% of the graduates enrolling in colleges and universities within 18 months. The unemployment rate is less than 3%, and the city libraries also have internet access for free public use. Affordable housing is available for low income families.

Our police force is staffed by trained officers who regard protecting people over property a priority. Our crime rate is virtually nonexistent. People have a sense of pride and ownership of the community. Organizations work together for common goals and public areas are made available for meetings of groups in the People’s Square, a modern business/convention style facility with full technology access points. 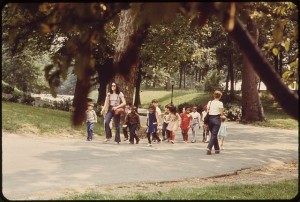 Funding for all this comes through various sources. Primarily, companies pay a very small percentage of net profit income back to the city in exchange for having taken advantage of the tax increment districts as a start-up incentive. There is also a program that encourages the residents to purchase products produced by local businesses. These products are tax free for the residents, and the company receives local sales without distribution costs. Companies that use “common” goods, such as water, roads, and all other infrastructure pay a modest use tax. There are also the normal sources of state and federal funding as applicable. Residents still pay normal taxes on property and for schools, but the rate is actually lower than the state average.

Life is good in my town. The population is growing, jobs are paying well, and we were just visited by a University thinking of relocating their campus to the safe and peaceful community.

Just down the road from here lies another municipality. This one is almost the exact opposite in policy, police, education and everything else. Even the newspaper in that town is controlled by the city council. The residents live in a constant state of economic insecurity, high suicide rates and high crime. The only thing higher is the number of people using illegal drugs.

Does all this sound a bit far fetched? Maybe it would help to tell you that the first town’s name is “Theory.” In “Theory” everything always works right, runs as intended and fulfills the goal. In “Practice,” the name of the second town, however, we find the exact opposite.