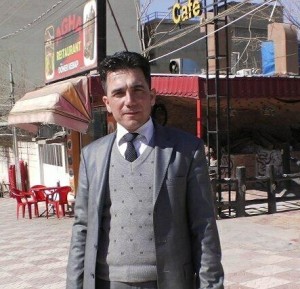 In March of 2014, Swedish Radio correspondent Nils Horner was shot dead in broad daylight on a Kabul street. in a string of deadly attacks that marred the lead-up to the Afghanistan election, award-winning German photographer Anja Niedringhaus was killed and veteran Canadian reporter Kathy Gannon was injured when a police commander assigned to protect them opened fire on their car in the eastern town of Khost on in April.

Pakistan is now considered to be one of the most dangerous places in the world to be a journalist. Routinely shot by gangs, rebels and government forces, there seems to be little interest in stopping the problem.

Journalists are kidnapped and outlets attacked in the continuing fallout from Ukraine’s political crisis; kidnapped journalists are released after months of captivity in Syria; and, in the wake of revelations by the whistleblower Edward Snowden, US director of intelligence, James Clapper, issues a directive making it a sackable offense for intelligence workers to have any unauthorized contact with the media, reports Aljazeera.

But topping the list is the dangers faced by emerging Kurdish reporters and media in Iraq.In an extremely compelling article from Middle East Eye by Simona Sikimic, we learn “According to a Committee to Protect Journalists (CPJ) report published this week, many journalists in Kurdistan say they fear “impunity for anti-press attacks, including murder and arson and feel they “must self-censor on topics like religion, social inequality, and corruption associated with powerful officials.”

“Report author Namo Abdulla told Middle East Eye that “in Kurdistan, if you are a high-ranking official for one of the ruling parties or just hold some sort of strong tie to the ruling elite, you can absolutely be above the law and get away with doing almost anything you want.”

“You can kill a journalist. You can burn down a television station in the heart of the city. The court will still have difficulties to find enough proof to put you behind bars,” he added.”

“The Kurdish Journalist Rights Organization (Metro Center), which details abuses, says that there were 193 violations against Kurdish journalists last year. This is a significant drop from 2011, a particularly turbulent year, when 359 violations were reported, but a slight increase from 2012 when 132 instances were detailed.”

The details of individual incidents are alarming. Even worse, we watch in stunned horror as the atrocities against the Kurdish people continue. What more are a people expected to endure, and why is telling the truth about their plight seen as punishable by death?

To report the truth is not a crime; reporting it is worthy of international protection and prosecution when journalists are detained or killed.