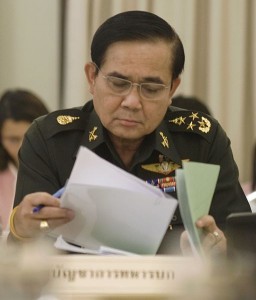 The unrest in Thailand’s something that we’ve covered on numerous occasions, starting with MnGranny’s article about January’s general strike. We then followed that with another MnGranny piece about Prime Minister Yingluck Shinawatra’s removal from office, and finally, my piece about the military takeover right after it happened. So, what’s happened since then?

When we last looked in on what’s happening in Thailand, martial law had just been declared. Prayuth Chan-ocha, leader of Thailand’s military, had said that the military action wasn’t a coup. The day after our piece on the takeover (May 22), the military said that yes, it actually was a coup. Prayuth then declared himself acting prime minister, suspended the constitution and put a night curfew into effect. Since then, the coup has gained support from the reigning king, Bhumibol Adulyade, who’s been ill in a Bangkok hospital for several years. 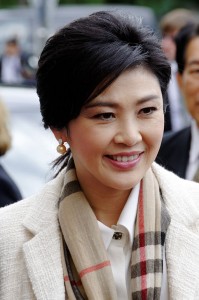 Former Thai Prime Minister Yingluck Shinawatra was arrested and then released. During this time, her brother Thaksin announced plans to set up a government in exile. Meanwhile, the military started detaining leaders of the so-called red shirt movement. The red shirts are the Shinawatra’s power base; mostly from poor rural areas in the northern regions of the country. And while some yellow shirt leaders were detained, the red shirts were considered the real threat. The yellow shirts are mostly urban and middle class voters who were the core of the anti-government protests in Bangkok before the coup.

Most of the leaders have signed agreements to refrain from political activities, and have called for cooperation with the military. There are some exceptions to the rule; the most notable one, Sombat Boonngamanong. was arrested last week when the Thai military tracked him through his IP address. 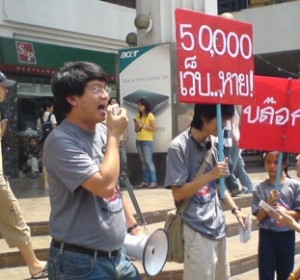 Last Friday (May 6), General Prayuth told Chinese businessmen that Thailand would have a prime minister and cabinet within three months. The next day, the Cambodian ambassador to Thailand, Eat Sophea, said that Cambodia would not allow politicians or activists to use the country as a base for political movements against Thailand. And, in maybe the most bizarre twist to the whole story to date, Weluree Ditsayabut, Thailand’s entry in the Miss Universe contest, renounced her title yesterday after Facebook posts of hers from a few months ago became public, in which she said about the red shirts: “I am so angry at all these evil activists. They should be executed,”

Thailand, as we’ve stated before, is no stranger to military rule; this latest coup was the 19th attempt since the monarchy fell in 1932. We’d like to think that the military will keep its word and have a new prime minister and cabinet soon, with elections to follow. However, past history doesn’t give us much cause for optimism.