Last August, Colombian inspectors found 40 kilos of cocaine aboard the Ping May, a cargo vessel that was about to sail to Europe. While this is a fairly common occurrence these days, the ownership of the vessel is what makes this newsworthy. The vessel is owned by the Foremost Maritime Corporation. Foremost was founded and is owned by James Chao. Who is James Chao? He’s the father-in-law of the man who will more than likely be the next Senate Majority Leader; Mitch McConnell. 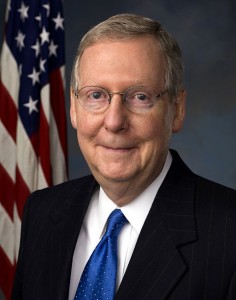 The story of the Chaos and McConnell is a fascinating one. James Chao first started contributing to McConnell’s campaigns in the late 1980s, and both Chao and Foremost have donated thousands of dollars to his campaigns since then. In 1993, McConnell married Elaine Chao, James’s daughter. 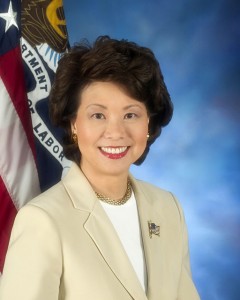 Elaine herself has an interesting history; she served in the Reagan administration in two different posts dealing with maritime issues (and daddy owns a shipping company- imagine that). Under George H.W. Bush, she was nominated to be Deputy Secretary of Transportation, and was the Director of the Peace Corps. She was the President of the United Way for four years before going to work at the Heritage Foundation. George W. Bush made her the Secretary of Labor; a post she held throughout Bush’s two terms. In 2009, she returned to the Heritage Foundation. In other words, the poster child for how to be a Washington insider.

The McConnells owe their wealth to James Chao. They’re seven times as wealthy as they were ten years ago, thanks in large part to a gift given to them by James of between $5 million and $25 million in 2008. Mitch is now one of the wealthiest members of the Senate. But, where does James get his money from? 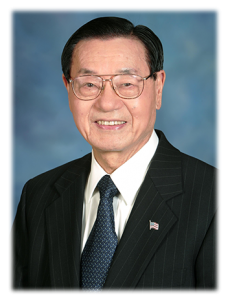 When you first look at James’s record, it reads like the true American success story; the classic example of how hard work and determination pays off. However, as seems to be the case with many such stories, when you look at the company, things become murkier. The ownership of the various vessels the company owns is obscured through a byzantine structure of tax entities. Most of Foremost’s ships fly a Liberian “flag of convenience”, which both allows Foremost to circumvent US labor laws as far as unions and the like goes and pay substantially lower taxes. And, which nation’s become a hub for the drug trade to Europe due to the corruption and lax policies? If you guessed Liberia, you get a gold star.

He’s used the wealth thus gained to buy himself influence inside the government, and what could be finer than owning the Majority Leader of the US Senate? Some examples: back in 2001, an article in The New Republic accused McConnell of leading the effort in the Republican Party back in the 1990s to soften criticism of China’s human rights abuse, and to grant them Most Favored Nation trading status. James Chao just happened to be a classmate of Jiang Zemin, who was president of China at the time, and McConnell  and his wife met with Jiang a number of times. As Foremost’s ties to China grew, McConnell started saying that the US should be “ambiguous” about coming to the defense of Taiwan.

Then, we have Mitch’s last campaign. At a Young Professionals Association of Louisville event last month, McConnell stated his firm opposition to carbon dioxide limits imposed by the federal government that would impact the domestic coal market, arguing that such regulations would be useless given the role of coal in developing countries. Guess what one of Foremost’s main income generators is? Transporting coal from Australia and Colombia to Europe and Asia. We think we’re beginning to see a pattern…

Of course, Foremost, James Chao and McConnell refuse to comment on the story. But we really have to wonder – did the cartels sneak it on board without anybody knowing? Or, was it one or more of the crew? Or, is James Chao a drug smuggler in league with the cartels?

We’d like to see this story get more press. We’d like somebody to investigate where exactly James Chao, and by extension Mitch McConnell, is making his money. And, we need to find out exactly what this money is supposed to be buying.

1 thought on “How To Buy The Senate”