How can we address the global threat to women’s rights with no space for girls’ – or even women’s – voices at the UN? How will we design a post-2015 framework that responds to the needs of the most marginalized? 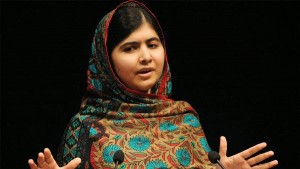 2015 is a milestone year that stands at the intersection of several major anniversaries for human rights and development. Perhaps most visibly, this is the 15th anniversary of the Millennium Development Goals (MDGs), and therefore the year world leaders will formally close out the Millennium Charter and adopt a new global development framework. For women and girls, it’s the 20th anniversary of the Fourth World Conference on Women and its crucial policy framework, the Beijing Declaration and Platform for Action.

One would think, therefore, that 2015 would be a year in which the global community would come together and imagine new rights standards that will set lofty goals for the next generation. Yet so far, this does not seem to be the case. Rather, global leaders are taking a more cautious – or even overtly conservative – approach to negotiations on women’s and girls’ rights. Advocates must not only push governments to set new standards, but must ensure they simply affirm, or worse still, not lose ground on, old ones.

Deniz Kandiyoti wrote recently on openDemocracy 50.50 about the transnational alliances that are working to take “all matters relating to sexuality, to the control of female bodies, and to reproductive choice” out of the realm of civic deliberation. “Such is the momentum,” said Kandiyoti “…that the UN failed to pass a resolution for a Fifth World Conference on Women from fear of the consequences of re-opening international agreements on women’s rights.”

Indeed, thanks to the growing trend Kandiyoti describes, this inauspicious Beijing anniversary year finds advocates headed to the United Nations Commission on the Status of Women (CSW) next month with a tepid draft outcome document – and one that will have been pre-negotiated, signed, sealed and delivered before they have even set foot in the UN complex.

A small point on process, perhaps, but one worth exploring further: Typically, the CSW outcome document – the Agreed Conclusion – are negotiated during the course of the two weeks of Commission meetings. Thousands of feminist activists attend the CSW, host side events and lobby governments for their particular advocacy objectives. This year, there are no Agreed Conclusions, and the outcome document – a “political declaration,” – is being negotiated as we speak, a month in advance of the meetings. According to some, the decision to pre-negotiate a political declaration marking the 20th anniversary of Beijing was an effort to avoid the inevitable conservative backlash against affirmations of gender equality and female empowerment, an evasive maneuver to avoid reversing progress.

Sound familiar? It should. Ann Marie Goetz and Joanne Sandler similarly point out in their article, Women’s rights have no country, that the same line of thinking led to the ultimate decision not to mark the 20th anniversary of the ICPD with an international conference last year, and indeed that many women’s rights advocates “breathed a sigh of relief when UN Member States failed to pass a resolution in favour of holding a Fifth World Conference” for fear of losing momentum on women’s rights.

This is an impossible position for an activist, particularly a young activist: to have the fire in one’s belly of wanting to push for newer, better rights standards that build upon those important platforms of Beijing and Cairo you’ve inherited, yet “knowing better”… knowing, or very strongly suspecting, that to do so might actually roll back those very rights standards the community holds dear.

Certainly, it can be conceded, that a pre-negotiated document might be preferable if it were allowed to not only reaffirm existing standards, but also imagine new ones. Rights through the back door are still rights, one could suppose.

But instead, the draft Declaration is a bland document lacking strong commitments to human rights, to adolescent girls, and to sexual and reproductive rights, among others. The pre-negotiated nature means the whole affair will be settled well before the thousands of activists who go to great trouble and expense to travel to New York from all over the world have arrived. It is then left to only those groups with permanent representation in New York – many of which, thank goodness, are strong and inclusive coalition leaders who funnel information and engagement opportunities back and forth to the global sisterhood with incredible speed and efficiency – to represent our global interests, in the ever-winnowing space that they have to do so.

For no population is there a greater risk of being left off the agenda entirely, even after a year when global attention to them has arguably been at its highest (see Malala’s Peace Prize), than adolescent girls. At the first reading of the draft Declaration, which took place at the UN on 29 January, one government representative stated that Beijing did not address girls and therefore neither should the CSW review. The official had clearly overlooked the final critical area, part L, on “The Girl Child,” where governments explicitly asserted girls’ human rights to live free of abuse, discrimination, forced marriage and other harmful traditional practices, the current draft is noticeably deficient in attention to the specific rights, needs and assets of girls.

This comes on the heels of similar developments in the post-2015 process. Late last year, the Secretary General released a much-anticipated report outlining his proposed framework for the post-2015, sustainable development agenda. It left much to be desired. Absent was a call for a stand-alone gender goal (though he did endorse the Open Working Group’s draft framework as a starting-point for negotiations). His report, too, lacked any reference to adolescent girls, who decades of research shows, are an important element of any effort to alleviate poverty. ICRW’s research has shown that when girls are treated equally at home and in public, they feel safer in school and are more likely to continue their education, which leads to more informed citizens, workers, souses and parents who can contribute to sustainable development.  In Bangladesh, Egypt, Ethiopia and India has further demonstrated the importance of empowering girls to change discriminatory knowledge, attitudes and practices – all of which was called for in Beijing, and that girl-focused programs expand girls’ ability to make strategic life choices by providing them with access to critical resources. It was as true in Beijing in 1995 as it is now: the global community must invest in girls themselves, in proven approaches that empower them to be agents of change.

Yet instead, in this important anniversary year, the community of feminist and girl advocates finds the global debate at the intersection of fundamentally important rights and development policy processes that make no room for their participation and hence, unsurprisingly, make no mention of their rights and needs. How will we build on Beijing with no space for girls’ – or even women’s – voices at the UN? How will we design a post-2015 framework that responds to our needs without articulating goals and targets designed to advance the most marginalized?

Lyric Thompson is co-chair of Girls Not Brides, USA, and senior policy manager at the International Center for Research on Women.