The report also mentioned that a black youth is 16.39 times more likely to be arrested than a white youth for a curfew violation or for loitering.

The charts show the disparity better than any words ever could: 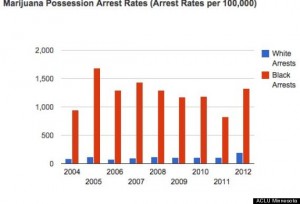 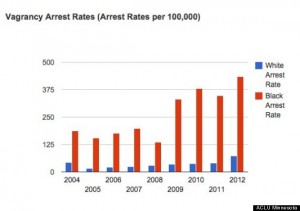 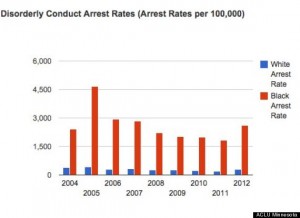 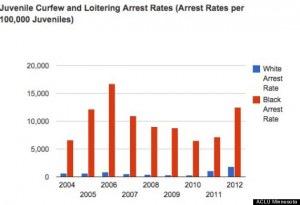 “I will ask the department’s analysis unit to examine this and areas such as victimization, location of crime, and reported suspect information. These and other areas need to be examined before making an assessment on the effectiveness of improving public safety and public trust.”

“When you’re talking about low-level offenses, these are offenses that are fairly subjective. A noisy argument is either a situation where police might move somebody along or talk to them or arrest them for disorderly conduct. Oftentimes, implicit biases come into play and you have a disparity in how that noisy argument is handled.”

“We need to look at how police practices are leading to these disparities. We need to look at the way police are enforcing low-level offenses and whether an overemphasis on those offenses is really working to address violent crime in Minneapolis.”

According to the National Network For Safe Communities’ website;

“The National Initiative will highlight three areas that hold great promise for concrete, rapid progress.  Racial reconciliation facilitates frank conversations between minority communities and law enforcement that allow them to address historic tensions, grievances, and misconceptions between them and reset relationships. Procedural justice focuses on how the characteristics of law enforcement interactions with the public shape the public’s views of the police, their willingness to obey the law, and actual crime rates.  Implicit bias focuses on how largely unconscious psychological processes can shape authorities’ actions and lead to racially disparate outcomes even where actual racism is not present.”

Occupy World Writes applauds the Justice Department for the plan, and we’re glad to see Minneapolis as one of the pilot cities. All of us are residents of the Minneapolis/St. Paul metro area, and we’ve seen the impact of racial bias in policing on our black community. We feel that this could be a big step towards Minneapolis finally living up to its “Minnesota nice” reputation.