Written by Sarah Lazare, staff writer for CommonDreams. Published May 4, 2015. 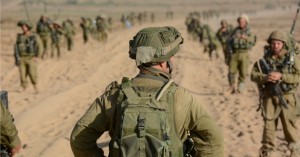 The “massive and unprecedented harm” inflicted on the population of Gaza during last summer’s 50-day Israeli military assault stemmed from the top of the chain of command, which gave orders to shoot indiscriminately at civilians, according to the anonymous testimony of more than 60 officers and soldiers who took part in “Operation Protective Edge.”

The Israeli group Breaking the Silence, an organization of “Israeli Defense Force” veterans who engaged in combat, on Monday released the 240-page collection of testimony entitled, This is How We Fought in Gaza.

“While the testimonies include pointed descriptions of inappropriate behavior by soldiers in the field,” the report states, “the more disturbing picture that arises from these testimonies reflects systematic policies that were dictated to IDF forces of all ranks and in all zones.”

Breaking the Silence said that the war on Gaza operated under the “most permissive” rules of engagement they have ever seen.

“From the testimonies given by the officers and soldiers, a troubling picture arises of a policy of indiscriminate fire that led to the deaths of innocent civilians,” said Yuli Novak, director of the group, in a press statement. “We learn from the testimonies that there is a broad ethical failure in the IDF’s rules of engagement, and that this failure comes from the top of the chain of command, and is not merely the result of ‘rotten apples.'”

Gaza is one of the most densely-populated places on earth—home to an estimated 1.8 million people, over 60 percent of whom are children under the age of 18. Approximately 2,194 Palestinians were killed in last summer’s attack, at least 70 percent of Palestinians killed in the assault were non-combatants, according to the United Nations. The assault damaged and destroyed critical civilian infrastructure—including houses, shelters, and hospitals—and nearly a year later, hardly any reconstruction has taken place and the civilian population remains strangled by an economic and military siege.

Numerous soldiers said that, during the war, they were told that all people in given areas posed a threat and were ordered to “shoot to kill” every person they spotted.

“The instructions are to shoot right away,” said an anonymous First Sergeant who deployed to Gaza City. “Whoever you spot—be they armed or unarmed, no matter what. The instructions are very clear. Any person you run into, that you see with your eyes—shoot to kill. It’s an explicit instruction.”

Some said they were lied to by their commanders, who told them there were no civilians present.

“The idea was, if you spot something—shoot,” said an anonymous First Sergeant identified in the report as having deployed to the Northern Gaza Strip. “They told us: ‘There aren’t supposed to be any civilians there. If you spot someone, shoot.’ Whether it posed a threat or not wasn’t a question, and that makes sense to me. If you shoot someone in Gaza, it’s cool, no big deal.”

Soldiers testified that thousands of “imprecise” artillery shells were fired into civilian areas, sometimes as acts of revenge or simply to make the military’s presence known. Civilian infrastructure was destroyed on a large scale with no justification, often after an area had already been “cleared,” they said.

“The motto guiding lots of  people was, ‘Let’s show them,'” said one Lieutenant who served in Rafah. “It was  evident that that was a starting point.”

During the entire operation the [tank] drivers had this thing of wanting to run over cars – because the driver, he can’t fire. He doesn’t have any weapon, he doesn’t get to experience the fun in its entirety, he just drives forward, backward, right, left. And they had this sort of crazy urge to run over a car. I mean, a car that’s in the street, a Palestinian car, obviously. And there was one time that my [tank’s] driver, a slightly hyperactive guy, managed to convince the tank’s officer to run over a car, and it was really not that exciting– you don’t even notice you’re going over a car, you don’t feel anything – we just said on the two-way radio: “We ran over the car. How was it?” And it was cool, but we really didn’t feel anything. And then our driver got out and came back a few minutes later – he wanted to see what happened – and it turned out he had run over just half the car, and the other half stayed intact. So he came back in, and right then the officer had just gone out or something, so he sort of whispered to me over the earphones: “I scored some sunglasses from the car.” And after that, he went over and told the officer about it too, that moron, and the officer scolded him: “What, how could you do such a thing? I’m considering punishing you,” but in the end nothing happened, he kept the sunglasses, and he wasn’t too harshly scolded, it was all OK, and it turned out that a few of the other company’s tanks ran over cars, too.

One First Sergeant explained that soldiers were taught to indiscriminately fire during training, before their deployments. “One talk I remember especially well took place during training at Tze’elim—before entering Gaza [the Gaza Strip]—with a high ranking commander from the armored battalion to which we were assigned. He came and explained to us how we were going to fight  together with the armored forces. He said, ‘We do not take risks, we do not spare ammo—we unload, we use as much as possible.'”

No Israeli soldiers, commanders, or politicians have been held accountable for war crimes, and the Israeli government has resisted international human rights investigations, from Amnesty International to the United Nations.

Breaking the Silence says it “meticulously investigates” testimony to ensure its veracity. The group garnered global media headlines when it launched a report featuring testimony from Israeli soldiers who took part in the 2009 military assault on Gaza known as “Operation Cast Lead.” In that report, soldiers testified about indiscriminate attacks on civilians, including use of chemical weapon white phosphorous.