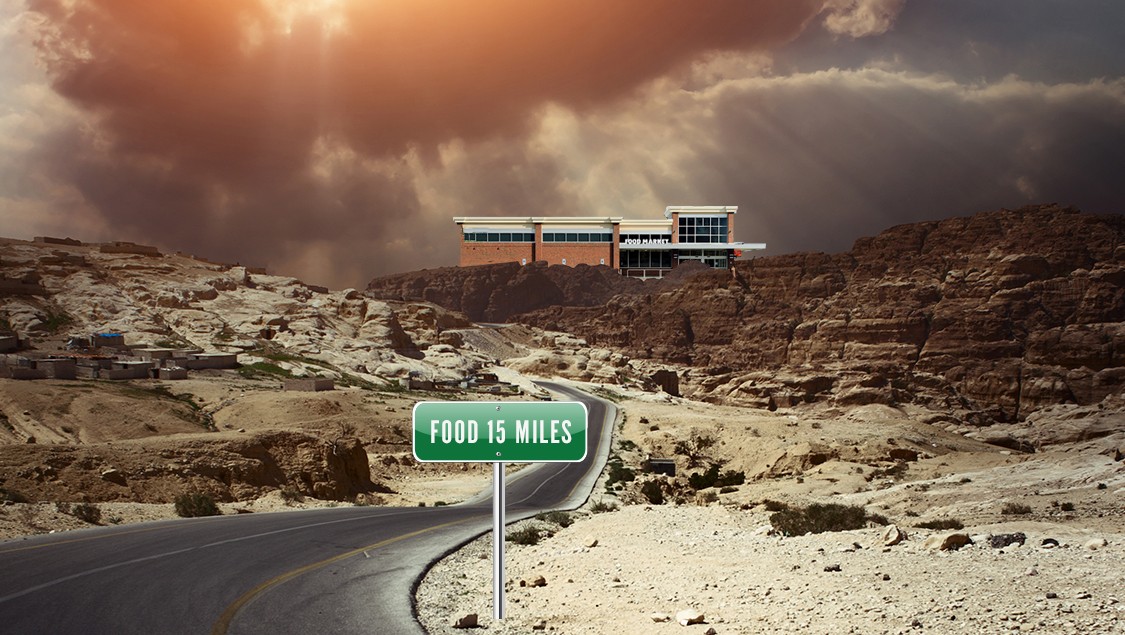 It’s been nearly 400 years since the Wampanoag people encountered the starving, cold pilgrims in Plymouth Bay. With an already thriving agricultural model in fertile Massachusetts, the Indigenous tribe taught the uneducated British settlers how to cultivate their own food, eventually culminating in a three-day-long shared meal celebrating the harvest — and securing the future of colonial expansion in the United States.

That historical event, which will be memorialized at Thanksgiving tables across the country this week, reflects the fact that Native American tribes were once the most agriculturally prosperous groups of people in the U.S. But a lot has changed over the past several centuries.

Unfortunately, there are some clear reasons behind this drastic shift. But the growing need for improved food systems and health care in native communities demands a closer look at what brought the country to this point, and what realistic options remain for the shrinking population that first tilled the nation’s land.

The Legacy Of Colonialism

Centuries before the pilgrims landed in Massachusetts, Indigenous people knew of colonial oppression. In 1492, Christopher Columbus first described the Indigenous population of Guanahani — now, the Bahamas — as people that “could easily be commanded and made to work, to sow and to do whatever might be needed… and adopt our ways.”

This view of Native American populations has changed little over the centuries. The painful, brutal history of federal government control over native communities has shrunk the Native American population to 2 percent. And on the protected reservations where many still reside, there is little land to grow their own food and hunt — not that many of their native game remains. Their lives remain policed by external agencies.

“This history has manifested itself into a contemporary reality where Native communities are fighting to restore local control and authority over assets they own, including local food systems,” said Raymond Foxworth, a Navajo tribe member and vice president of development at the First Nations Development Institute (First Nations) — an organization that backs economic development projects in native communities across the country.

With few assets of their own, this leaves many reservations facing extreme levels of poverty, which directly relates to low graduation rates, increase in crime, little job creation, and food insecurity.

And the trend isn’t just evident on reservations themselves. There are 26 counties in the U.S. with a Native American majority population. At just over 20 percent, the average food insecurity rate of these counties is well above the average for U.S. counties — which is 15 percent — according to a recent study by Feeding America, a hunger relief nonprofit.

Feeding America also found that 15 of these counties, or 60 percent, face a disproportionately high level of poverty compared to the rest of the non-native counties dealing with high food insecurity.

These poverty levels allow many Native Americans eligible for a handful of government assistance food programs — which isn’t new for most reservations. In 1890, the feds decided that Native Americans weren’t allowed to leave their reservations to fish, hunt, or gather in their regular territories. Instead, the government sent them rations of flour, sugar, lard, and other commodities. Thus, thousands became accustomed to nutritionally empty foods.

Frybread, often mistaken as a “traditional” native food, was a product of these rations. “It was born out of necessity,” said Miller. “People got these food packages and they were hungry and they had to figure out what to do with the rations they’d been given.”

The tradition has continued with the reliance on assistance programs for those living in poverty — including the Food Distribution Program on Indian Reservations (FDPIR), Supplemental Nutritional Assistance Program (SNAP), SNAP’s equivalent for Women, Infants and Children (WIC), and the National School Lunch Program (NSLP). While these all offer healthy options, it’s easier to stretch the money provided by buying the cheapest, most basic foods. Native communities rely on these benefits considerably more than the average eligible American.

By blocking access to needed foods, poverty has also led to grave health outcomes for Indigneous people — most notably in nutrition-related areas. More than 20 percent of the of the 2008 WIC-enrolled Native American children ages 2-5 were obese, according to a federal Food and Nutrition Service report. The leading cause of Native death is heart disease, a side effect to obesity.

These stark health disparities call for costly doctor’s visits and medication, services that should be covered by the federal government. More than a century ago, the government agreed to provide health care at no cost to members of all federally recognized tribes — the foundation of today’s Indian Health Service (IHS) agency. IHS now covers 2.2 million Native Americans and Alaska Natives in 35 states. But, with a fixed yearly budget of $4.6 billion, the agency can’t afford to provide comprehensive services at every facility.

Instead of funneling money to Native-run health services under IHS, the government has encouraged Native Americans sign up for Obamacare plans — a foreign idea for many who’ve never had to pay monthly insurance fees.

Now, 30 percent of Native Americans are uninsured, and nearly half the entire Native population have incomes low enough to qualify for Medicaid in states with expanded coverage. The Medicaid expansion under Obamacare could significantly benefit a population in great need of a health care reboot. But mistrust in government policy runs deep.

Ed Fox, the head of health services for Washington state’s Port Gamble S’Klallam Tribe told USA Today about his experience trying to educate his community on their new Obamacare options. His opening line, “I’m with the federal government and I’m here to help you,” is often met with laughter.

Solutions From Inside The Community

So, who exactly can these Indigenous communities trust to work on changing the course of their serious food insecurity issues that trigger these costly health effects?

For First Nations’ Foxworth, the answer comes from a rarely considered group: The Native community itself.

“Historically, outsiders, including the federal government, corporations or religious groups crafted solutions that they felt best served the needs of Native people,” he said. “Our goal is to turn this history on its head and support Native innovation and ingenuity.”

First Nations is one of the many grassroots and community-based organizations focusing on restoring food dependence in Native communities. From helping farmers and ranchers succeed in managing their own businesses to securing funding for Native nutrition programs, the group uses a variety of grants to help boost the community project. Instead of pushing cookie-cutter programs on every place they visit, the group works with locals to support a program that would best fit their unique needs.