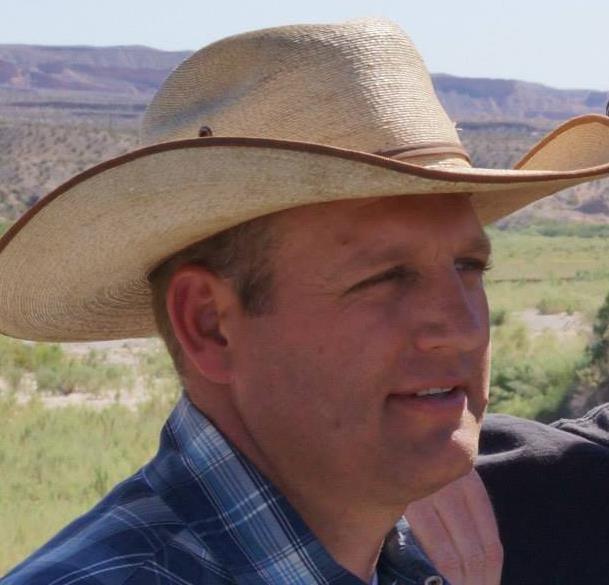 The Oregonian reported Saturday that Ammon Bundy, the son of Nevada rancher Cliven Bundy, who was the leader of a notorious standoff over cattle grazing rights last year, had “joined with hard-core militiamen Saturday to take over the headquarters of the Malheur National Wildlife Refuge, vowing to occupy the remote federal outpost 30 miles southeast of Burns for years.”

The occupation—protesting the prosecution of two Oregon ranchers, Dwight Hammond Jr. and Steven Hammond, who are to report to prison on Monday for arson—followed a march through the town of Burns.

According to The Oregonian:

In phone interviews from inside the occupied building Saturday night, Ammon Bundy and his brother, Ryan Bundy, said they are not looking to hurt anyone. But they would not rule out violence if police tried to remove them, they said.

“The facility has been the tool to do all the tyranny that has been placed upon the Hammonds,” Ammon Bundy said.

But despite the extreme nature of the demonstration, both media and law enforcement response appears muted, according to critics on social media and beyond. 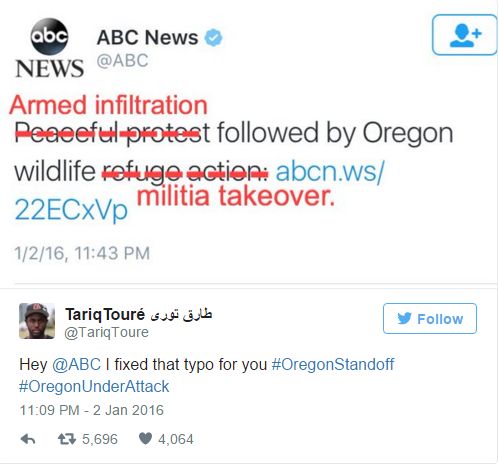 This isn’t the first time the Bundys have seemingly benefited from such a double standard.

In November 2015, watchdog site Media Matters pointed out that while Fox’s coverage of campus protests against racial discrimination was—at best—dismissive, its reporting “looked drastically different when those protesting have aligned with the network’s conservative agenda.”

Recall when Nevada rancher Cliven Bundy faced off with the federal Bureau of Land Management (BLM) over his refusal to pay grazing fees for his cattle’s use of public lands in April 2014; he threatened violence and incited protests — which included armed militia supporters — to resist BLM efforts to collect on his debt. Fox News rocketed Bundy to conservative folk-hero status, lauding the rancher with the network’s support even as numerous media reports described Bundy supporters pointing guns at federal law enforcement. BLM was even forced to suspend its operations when protesters — some of them armed — marched toward where BLM had impounded Bundy’s cattle. Fox personalities praised Bundy supporters as “good, hardworking Americans,” “law-abiding American citizens,” and “patriotic Americans,” and one Fox host, Clayton Morris, sanitized the interactions between Bundy supporters and law enforcement, claiming, “Suddenly people are there protesting peacefully, arguing against government intervention here … and all of these police and folks roll in with guns and sniper rifles pointing at them.”

Critics highlighted the hypocrisy on Twitter with the hashtag #OregonUnderAttack.