‘What happens next is anything but clear.’ 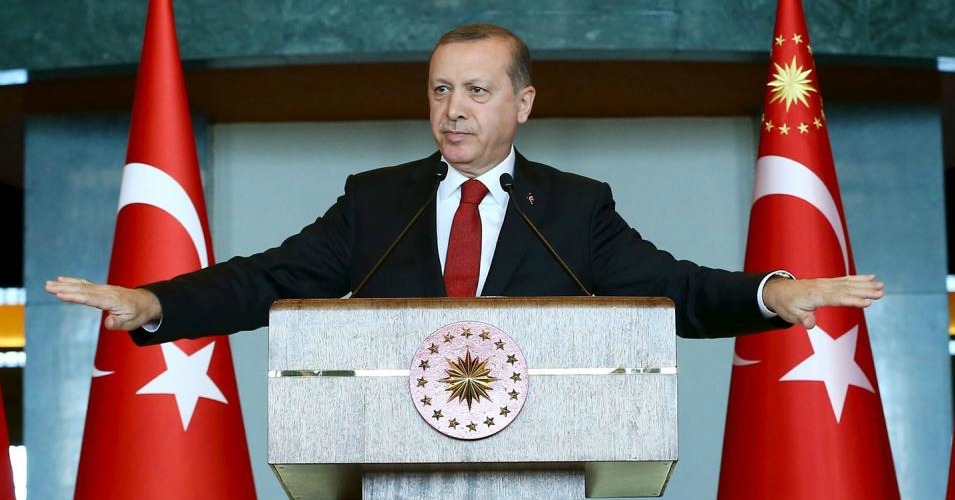 A bomb blast in the Turkish capital of Ankara on Wednesday—which killed dozens of people and injured scores of others—arrived alongside increasing global worries about how Turkey is responding to shifting developments on the other side of its border with Syria where a brutal civil war and international fight against the Islamic State continues.

Over the recent days and weeks, the Syrian armed forces of President Bashar al-Assad, backed by Russian airstrikes and the Syrian Kurdish milita known as the YPG, have closed off vital supply routes of ISIS and opposition fighters while capturing long-held territory near the strategically-situated town of Azaz and the rebel stronghold of Aleppo in northwestern Syria.

The Syrian army has come within 25 km (15 miles) of the Turkish border and says it aims to seal it off altogether, closing the main lifeline into rebel territory for years and recapturing Aleppo, Syria’s largest city before the war.

Meanwhile, the YPG has exploited the situation, seizing ground from other Syrian opposition groups in the area.

Turkey has responded to those advances over the weekend by shelling YPG positions inside Syria and openly talking about a ground incursion alongside forces from Saudi Arabia. On Wednesday, Ankara elevated its call for a no-conflict “buffer zone”—one that would extend 10-kilometers (6 miles) from the Turkish border into Syria—as a way to insulate some of those Syrian rebel groups it views as “moderate” allies but which experts have repeatedly pointed out have ties to the Al-Nusra Front, which is the  al-Qaeda affiliate in Syria.

“What we want is to create a secure strip, including Azaz, 10 km deep inside Syria and this zone should be free from clashes,” said Deputy Prime Minister Yalcin Akdogan in a television interview.

That plan, however, is in direct opposition to Assad’s stated plan which is to recapture Aleppo and all the surrounding territory in order to cut off the flow of people, weapons, and supplies that it says are funneled over the border from Turkey. As Reuters notes, such a development “would be the government’s biggest victories of the war so far and probably end rebel hopes of overthrowing al-Assad by force, their objective since 2011 with the encouragement of the West, Arab states and Turkey.”

While the Russian foreign ministry condemned Turkey’s shellling, describing it as “total lawlessness” along the border, Turkish President Tayyip Erdogan on Wednesday vowed to do whatever it takes to keep the YPG from gaining more territory.

Robert Ellis, an expert on Turkey and contributor to The Independent newspaper, said that calling the current situation “complicated” would be “the understatement of the year” and went on to quote a U.S. policy expert who recently described the festering dynamics between Syria, the U.S., Russia, Turkey, and other regional players as “three-dimensional chess with nine players and no rules.” And as Roy Gutman wrote at Foreign Policy on Tuesday:

What happens next is anything but clear. Turkish Prime Minister Ahmet Davutoglu said Monday that Turkey will not allow Azaz to fall to the YPG. He said if the militia moves again towards Azaz, “they will see the harshest reaction.” He also warned that “if Russia continues behaving like a terrorist organization, and forcing civilians to flee, we will deliver an extremely decisive response.”

But even as he spoke, the YPG-led coalition with Arab fighters announced the capture of another village close to Azaz. Meanwhile, Turkish Defense Minister Ismet Yilmaz on Feb. 14 ruled out any unilateral deployment of ground troops to Syria, and other officials said Turkey will act only if the United States takes part — a highly unlikely scenario as it could lead to conflict with Russia. […]

The U.S. government has criticized both Turkey for shelling the YPG and the Kurdish militia for seizing territory from U.S.-backed rebels. As the war in northern Syria escalates, it’s not clear which side Washington favors — or what, if anything, it is prepared to do to affect the ever-more chaotic situation on the ground.

In turn, as many experts note, the shifting territorial situation in Syria is finally exposing some of the key contradictions of how the U.S. and its NATO allies in Europe have approached the civil war in Syria. Now, as the YPG and Syrian army continue to make advances, how Turkey responds could have dramatic consequences for all the parties involved. As Joe Lauria, veteran foreign-affairs journalist, explained this week:

The risks of a Saudi-Turkish invasion of Syria are enormous. If soldiers from NATO-member Turkish are killed by the Syrian army or Russian air force, will they seek NATO protection? If Saudi or its allied troops are killed how would the U.S. respond? An invasion could pit Saudi troops against Iranian forces on the same battlefield in what could be an historic Sunni-Shia battle.

Despite the tough Turkish and Saudi rhetoric, Saudi Arabia at least, has made it clear that it won’t invade without the U.S. leading the way. That puts the ball squarely in the Oval Office where President Obama has resisted committing U.S. combat troops to another war in the Middle East but reportedly wants to avoid further alienating U.S. “allies,” Turkey and Saudi Arabia.

Meanwhile, according to journalist Patrick Cockburn, the latest shifts—though soaked in the blood of the Syrian people and not an indication that the overall war against the Islamic State is even close to over—may at least be offering the outlines of an endgame for Syria.

“The war is far from over, but the likely winners and losers are becoming clearer,” wrote Cockburn in a weekend column. “There is going to be no radical regime change in Damascus. The Sunni Arab opposition has failed to win power in Syria and is on the defensive in Iraq. The Kurds in both countries are politically and militarily more powerful than ever because they are effective opponents of Isis, but, once it is defeated, the Kurds fear being marginalised.”

While “regional powers such as Turkey, Saudi Arabia and Qatar failed to overthrow Assad, and have achieved none of their war aims,” continued Cockburn, the Iranians, Russia, and the Shia coalition that also includes Hezbollah-led fighters from Lebanon have been much more successful inside Syria. Though many criticized Russia for entering the war in such a pronounced way, he concludes, recent events show that decision by President Vladimir Putin “has become central to deciding how the war will end.”

As investigative journalist and columnist Gareth Porter adds in his latest analysis, a “Russian-Syrian success offers the most realistic prospect for an end to the bloodletting in Syria and would also reduce the likelihood of an eventual Al Qaeda seizure of power in Syria.”

But it seems worth repeating: “What happens next is anything but clear.”