Congressional districts must be redrawn, delaying elections for months. ‘What a mess in North Carolina,’ writes voting rights expert. 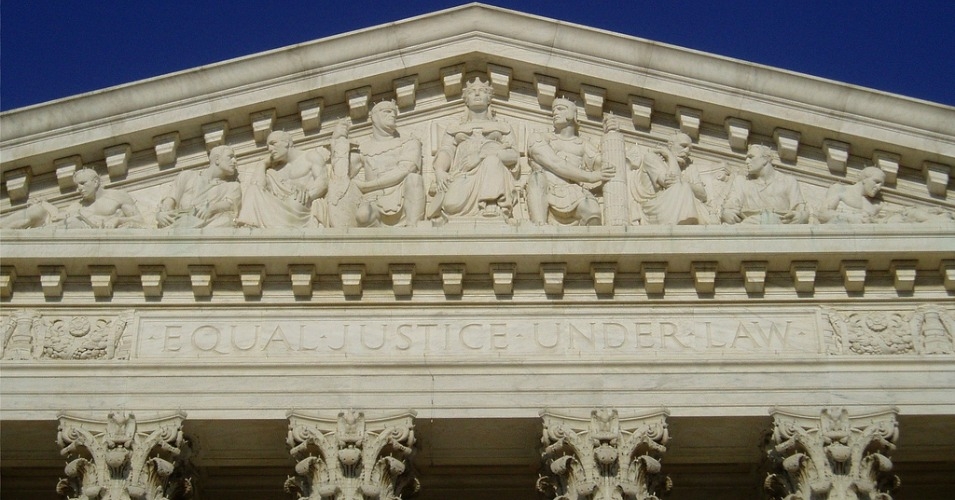 A lower court ruling issued earlier this month will be left intact and elections in the state’s 1st and 12th districts, both majority black, will be paused until new maps are approved. (Photo: Matt Wade/flickr/cc)

According to the Raleigh News & Observer, that means a lower court ruling issued earlier this month will be left intact and elections in the state’s 1st and 12th districts, both majority black, will be paused until new maps are approved.

The order, which is one of the first significant actions the court has taken since the death of Justice Antonin Scalia last week, was issued in a one-line ruling with little explanation. Lyle Denniston at SCOTUSBlog reports:

“With the Justices’ denial of the state’s challenge, the new map will be in effect for the primary election in the state — now set for June 7 under a separate law, also passed by the legislature Friday, setting aside an earlier plan for the primary on March 15.

The approaching date of the March primary was one factor that had led state officials to ask the Supreme Court to delay the district court ruling.  The panel had given the lawmakers just two weeks — that is, until Friday — to come up with a remedy for the constitutional violation in the two districts.”

The two districts in question for years have been electing black representatives. Three voters in 2013 took legal action to invalidate the districts, which are currently represented by G.K. Butterfield in the 1st, and Alma Adams in the 12th, both black Democrats.

It is unclear what kind of impact the ruling will have on voters. Republican legislators in the state House on Friday approved contentious, newly-drafted congressional maps ahead of the Court’s decision—which, as voting rights expert and University of California at Irvine law professor Richard Hasen wrote on his blog, “not only changes all of the congressional districts; it also changes the timing of elections and eliminates a runoff primary.”

As State Senator Josh Stein, a Democratic candidate for attorney general, told the New York Times, “North Carolina is a 50-50 state, and yet this map all but guarantees 10 out of our 13 congressional delegations will be Republican.”

“We live in North Carolina, not North Korea,” Stein said. “The voters should choose their representatives, not the other way around.”

Bob Hall, executive director of Democracy North Carolina, a voting advocacy group, said in a statement Saturday, “With the Supreme Court’s refusal to stay a federal court ruling invalidating North Carolina’s gerrymandered Congressional districts, we now look to federal judges to take the next step: invalidate the new round of blatantly partisan maps from legislative leaders who ignore the law and continue to aggressively segregate North Carolina voters for political gain.”

“As a plaintiff in a related challenge to the state’s gerrymandered districts, Democracy North Carolina will continue to demand fair districts and call for partisan politicians to take their fingers off the scale of fair elections,” Hall said.

Hasen continued on his blog: “And it is quite possible that there could be a Voting Rights Act violation now. The problem with the last plan was that North Carolina took race too much into account. But now perhaps NC did not take race enough into account to assure that the districts comply with Section 2 of the Act, which requires the creation of minority opportunity districts under certain circumstances.”

“What a mess in North Carolina,” he wrote.