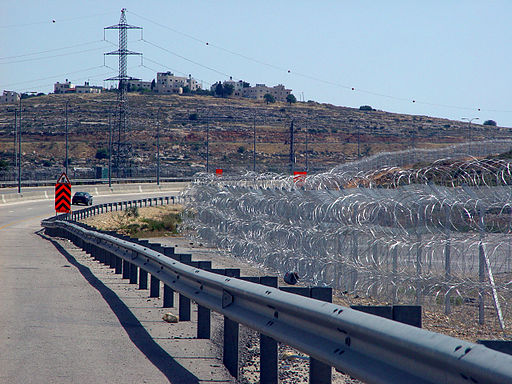 Israel’s blanket ban on Palestinian entry—put in place after Wednesday’s deadly attack in Tel Aviv—”may amount to prohibited collective punishment and will only increase the sense of injustice and frustration felt by Palestinians in this very tense time,” the United Nations’ top human rights official said Friday.

As Agence France-Presse reported, “the Israeli military on Thursday revoked permits for 83,000 Palestinians to visit Israel during Ramadan…and said it would send hundreds more troops to the occupied West Bank after a Palestinian gun attack that killed four Israelis in Tel Aviv.”

On Friday, it said it would temporarily bar Palestinians from entering Israel until Sunday.

In addition, Reuters reports, Israel suspended 204 work permits held by individuals in the extended families of the alleged attackers, and Israeli security forces sealed off their entire hometown of Yatta. According to Electronic Intifada, “[a]pproximately 100 high school students from Yatta were briefly detained by Israeli forces on Thursday as they tried to leave the town to attend their final exams.”

U.N. High Commissioner for Human Rights Zeid Ra’ad Al Hussein condemned the attack, but expressed concern about Israel’s crackdown, citing the Geneva Conventions, which say that punishing people for crimes they have not personally committed can amount to collective punishment.

“Israel has a human rights obligation to bring those responsible to account for their crimes. And this, it is doing. However, the measures taken against the broader population punish not the perpetrators of the crime, but tens, and maybe hundreds, or thousands of innocent Palestinians,” said Hussein’s spokeswoman, Ravina Shamdasani, in Geneva on Friday.

He told Army Radio: “We might be the only country in the world where another nation is under occupation without civil rights…You can’t hold people in a situation of occupation and hope they’ll reach the conclusion everything is alright.”

According to the Middle East Monitor, this week marks the 49th anniversary of Israel’s military occupation of the West Bank and Gaza Strip.