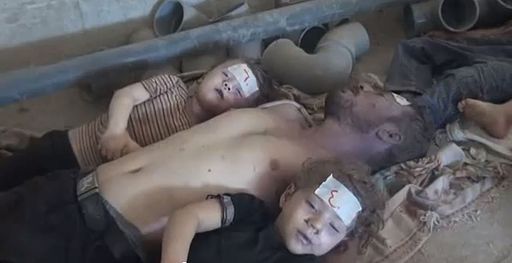 Late Thursday evening, the Wall Street Journal reported, 51 State Department officials signed a statement condemning U.S. policy in Syria in which they repeatedly call for “targeted military strikes against the Damascus government and urging regime change as the only way to defeat Islamic State.”

“In other words,” as Zero Hedge summarized, “over 50 top ‘diplomats’ are urging to eliminate [Syrian Pres. Bashar al] Assad in order to ‘defeat ISIS’, the same ISIS which top US ‘diplomats’ had unleashed previously in order to … eliminate Assad.”

This gordian knot created by United States foreign policy — and intensified by that same policy — means not only could war with Syria be on the horizon, but if that happens, the U.S. could be facing a far more serious threat.

In a meeting with President Obama on Friday, Saudi foreign minister Adel al Jubair asserted, “Saudi Arabia supports a more aggressive military approach in Syria to get Assad to agree to a political solution,” as CBS’ Mark Knoller tweeted. 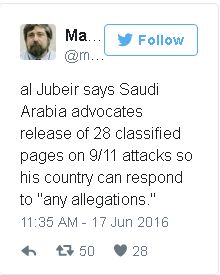 Of course, this meeting and the push for increased military force couldn’t be more timely to drum up public support, as a heated national debate has ensued following the deadly attack on an Orlando nightclub purportedly carried out by Omar Mateen — who pledged loyalty to ISIS as he killed 49 people and wounded over 50 others.

Despite the CIA’s report acknowledging it found no tangible connections between Mateen and the so-called Islamic state — also released on Friday — the narrative concerning his ISIS ties saturated mainstream headlines for days, almost certainly cementing the link in the public’s mind.

Disgruntled politicians eager to overthrow Assad — thus also carrying out Saudi goals — can now facilely flip the script to assert deposing the Syrian government is necessary in the fight against everyone’s enemy, the Islamic State.

“Failure to stem Assad’s flagrant abuses will only bolster the ideological appeal of groups such as Daesh [ISIS, etc.], even as they endure tactical setbacks on the battlefield,” the WSJ reported the dissenting cable stated.

But concerns about bloating ISIS’ following borders on comical, except for the potential waterfall of repercussions from carrying out targeted strikes on the Syrian government, considering the U.S. government, itself, once expressed the desire for the rise of an Islamic State to aid in the overthrow of — you guessed it — Assad.

According to declassified documents obtained by Judicial Watch last year:

“If the situation unravels there is the possibility of establishing a declared or undeclared Salafist Principality in eastern Syria (Hasaka and Der Zor), and this is exactly what the supporting powers to the opposition want, in order to isolate the Syrian regime, which is considered the strategic depth of the Shia expansion (Iraq and Iran).”

“You’re on record as saying that the handling of Syria by this administration has been a mistake. Many people would argue that the U.S. actually saw the rise of ISIL coming and turned a blind eye, or even encouraged as a counterpoint to Assad,” journalist Mehdi Hasan prefaced his query, adding, “The U.S. saw the ISIL caliphate coming and did nothing.”

Flynn responded, “Yeah, I think that we — where we missed the point. I mean, where we totally blew it, I think, was in the very beginning.”

Besides backing and blessings from the Saudi government for aggression on the Syrian front, dissent among U.S. officials couldn’t be more imperative in their eyes, because, as the WSJ reported:

“The internal cable may be an attempt to shape the foreign policy outlook for the next administration, the official familiar with the document said. President Barack Obama has balked at taking military action against Mr. Assad, while the Democratic hopeful Hillary Clinton has promised a more hawkish stance against the Syrian leader. Republican candidate Donald Trump has said he would hit Islamic State hard but has also said he would be prepared to work with Russia and Syria.”

In fact, as Zero Hedge also noted, an albeit contested report from earlier this week claimed Saudi Deputy Crown Prince Mohammed bin Salman made comments including “a claim that Riyadh has provided 20 percent of the total funding to” Clinton’s campaign.

Politicians and officials, in other words, are fast aligning a narrative touting the need to wage war with Syria in order to have it carried out by the candidate they assume will next take the White House.

And despite being a risky move in its own right — not to mention a potentially superficial, if not muddying, solution to an almost solely U.S.-created problem — ramping up military airstrikes in Syria could quite literally spark war with Russia.

“The Russian Air Force bombed U.S.-trained rebels in southern Syria not once, but twice Thursday, and the second wave of attacks came after the U.S. military called Russia on an emergency hotline to demand that it stop,” an unnamed defense official with knowledge of the situation told Fox News.

Russia has repeatedly warned against U.S. moves to oust Assad, which President Vladimir Putin’s spokesman, Dmitry Peskov, reiterated following the tense situation Thursday and the report calling for increased military targeting of the Syrian government saying, it “wouldn’t help a successful fight against terrorism and could plunge the region into total chaos.”

As recently as February, Saudi Arabia proposed sending its own troops to join the fight against ISIS — which Russia wholly condemned. As head of the State Duma committee, Pavel Krasheninnikov, warned, “Syria has to give official consent, to invite, otherwise it will be a war.”

Now, it appears, that war might be closer than ever.

Syria doesn’t constitute the only arena of contention between the U.S. and Russia. As Anti-Media reported this week, continued buildup of NATO forces along the old Cold War foe’s borders in the Balkans and Poland — and particularly also in the Black Sea — has provoked Russia sufficiently enough for officials to caution the move might amount to aggression.

“This is not NATO’s maritime space and it has no relation to the alliance,” Russia’s director of European affairs toldInterfax.

Nonetheless, the U.S. and E.U. have proffered a policy whereby defense of its installations on foreign soil is being carried out under the cloak of the NATO alliance — possibly with the intent of posturing dominance in the region to create a buffer zone for operations in Syria.

Pipelines through Syria would specifically allow oil and natural gas to flow to the European Union, which currently sources that fuel primarily from Russia. In other words, if Russia wants to defend its profitable relationship with the E.U., it must defend against the U.S.-led, Saudi-supported overthrow of its Syrian ally, Assad.

Meanwhile, civilians in Syria have been treated like cannon fodder and are fleeing for their lives — but the intensifying geopolitical maneuvers appear more likely than ever to have brought us all to the brink of a third world war.