At least 19 U.S. states have introduced bills that attack the right to protest since Donald Trump’s election as president 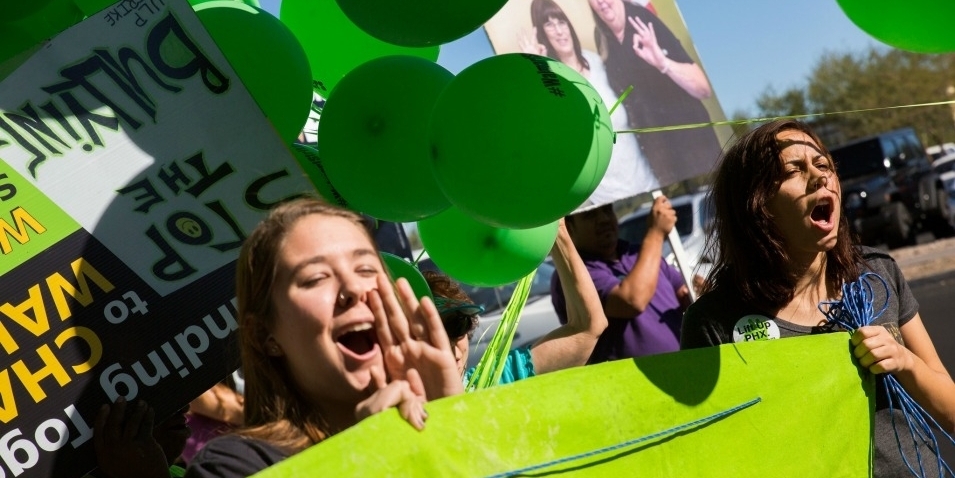 Demonstrators in Arizona, such as these workers striking for higher wages at a Walmart in Phoenix, could face racketeering charges and asset forfeiture under the law passed by the state senate. (Photo: Deanna Dent/UFCW International Union/flickr/cc)

At least 19 U.S. states have introduced bills that attack the right to protest since Donald Trump’s election as president, an “alarming and undemocratic” trend, U.N. human rights investigators said this week.

“The trend also threatens to jeopardize one of the United States’ constitutional pillars: free speech,” they said in a statement, calling for action to reverse such legislation.

“From the Black Lives Matter movement, to the environmental and Native American movements in opposition to the Dakota Access oil pipeline, and the Women’s Marches, individuals and organizations across society have mobilized in peaceful protests, as it is their right under international human rights law and US law,” Kiai and Kaye said.

The experts took particular issue with the characterization in some bills of protests being “unlawful” or “violent”.

“There can be no such thing in law as a violent protest,” the experts said. “There are violent protesters, who should be dealt with individually and appropriately by law enforcement. One person’s decision to resort to violence does not strip other protesters of their right to freedom of peaceful assembly. This right is not a collective right; it is held by each of us individually,” the experts stressed.

“Peaceful assembly,” they added, “is a fundamental right, not a privilege, and the government has no business imposing a general requirement that people get permission before exercising that right.”

The experts also emphasized that legislators should be mindful of the important role that the right to freedom of peaceful assembly has played in the history of American democracy and the fight for civil rights.

“We call on the US authorities, at the federal and state level, to refrain from enacting legislation that would impinge on the exercise of the rights to freedom of peaceful assembly, expression and opinion,” they concluded.