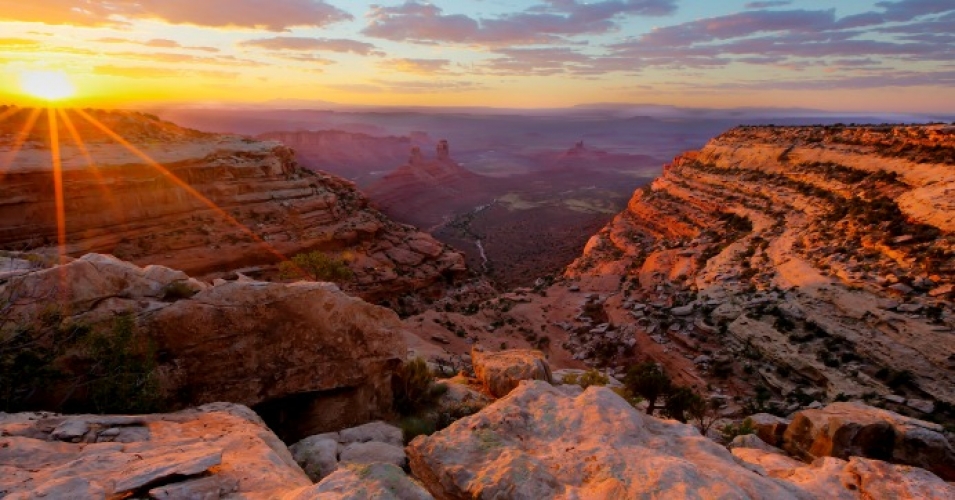 The executive order instructs the Department of the Interior to review the designation of every monument larger than 100,00 acres protected by the Antiquities Act since 1996. It could give fossil fuel companies access to millions of acres for new drilling, climate justice advocates warned.

A total of 27 national monuments (pdf) could lose their protection, granted by both Republican and Democratic administrations, through Trump’s order.

“This is another Trump action that is another act of aggression against the inherent sovereign rights of our Native Nations to protect the traditional cultural areas and sacred places of American Indian and Alaska Native people,” said Tom Goldtooth, executive director of the Indigenous Environmental Network. “There are many areas in this Country, outside of our reserved lands that are of vital importance to our Indigenous peoples’ identity and rich cultural and spiritual history….Trump’s actions must be stopped.”

Randi Spivak, director of the Center for Biological Diversity’s public lands program, said, “Trump and the anti-public-lands zealots in Congress are plotting to destroy some of the country’s most stunning landscapes and cultural treasures. They couldn’t care less how much Americans treasure these iconic places. Their goal is to hand our public lands over to corporations to mine, frack, bulldoze, and clear-cut till there’s nothing left to dig up.”

The order “furthers [Trump’s] vision for our public lands: a polluted wasteland crammed with oil rigs and strip mines as far as the eye can see,” said Lukas Ross, climate and energy campaigner with Friends of the Earth.

“In his first hundred days in office Trump is determined to turn our public lands and waters into energy sacrifice zones,” Ross said. “Americans have already deemed these places as too beautiful, too fragile, and too unique for extraction. It would be unconscionable if we let Trump hand them over to his polluter cronies and campaign contributors.”

Spivak continued, “These monuments were protected by presidents from both parties for good reason. Their natural beauty and scientific and cultural importance is indisputable, but Trump and his corporate friends claim to know better. Sadly it’s just their greed talking.”

“Americans know and cherish these monuments. And they recognize corporate greed when they see it,” Spivak said. “Trump won’t seize these public lands without a fight.”