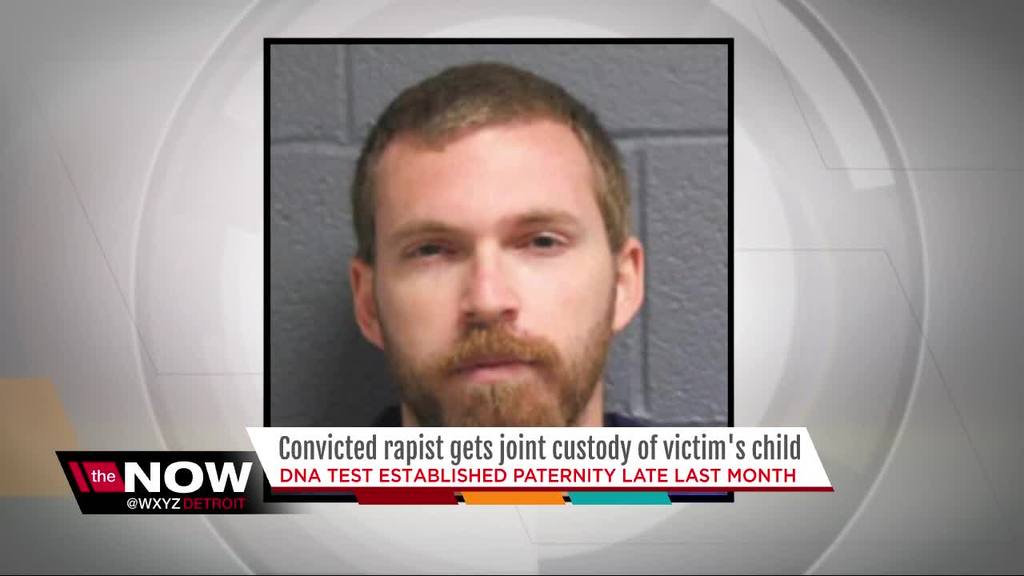 Sanilac County, MI — A 27-year-old Michigan man who allegedly raped and impregnated a 12-year-old girl nine years ago has just been granted joint custody of the child, against the mother’s wishes.

The Detroit News reports that Sanilac County Circuit court Judge Gregory S. Ross granted the convicted sexual assailant, Christopher Mirasolo, joint legal custody after a DNA test established he was the father. The story was reportedly first highlighted on “The Steve Gruber Show,” a radio program based out of Lansing, Michigan.

In September 2008, Mirasolo allegedly raped and threatened to kill the then-12-year-old victim after offering to take her, her older sister, and her friend for a ride. The victim’s lawyer, Rebecca Kiessling, summarized what reportedly occurred to The Detroit News:

“She, her 13-year-old sister and a friend all slipped out of their house one night to meet a boy and the boy’s older friend, Mirasolo, showed up and asked if they wanted to go for a ride…They thought they were going to McDonald’s or somewhere.”

“Instead, he tossed their cellphones away, drove to Detroit where he stole gas from a station and then drove back to Sanilac County, where he kept them captive for two days in a vacant house near a relative, finally releasing the older sister in a park. He threatened to kill them if they told anyone what happened.”

He was arrested a month later when it emerged that the victim was pregnant. Rather than being convicted of sexual assault, which carries a sentence of 25 years to life, however, the Sanilac County Prosecutor’s Office gave him a plea deal for “attempted third-degree criminal sexual conduct.”

“She (client) and her family was told first-time sex offenders weren’t sent to prison because people come out worse after they go there,” said Kiessling.

He was sentenced to a year in county jail but was released after just six months to care for his sick mother.

In 2010, he was arrested again for sexual assault against a minor and served four years for the offense.

His attorney, Barbara Yockey, says he did not seek custody of the child. “He never initiated this. It was something routinely done by the prosecutor’s office when a party makes application for state assistance,” she said, noting it’s currently unclear what his involvement with the child will be. Apparently, Kiessling’s client had applied for state assistance, which prompted the prosecutor’s decision to conduct a paternity test.

The young mother, whose name The Detroit News has kept anonymous (in line with its policy of not revealing the identity of sexual assault victims), expressed her shock at the ruling.

“I think this is all crazy,” she said while speaking to the outlet. “They [officials] never explained anything to me. I was receiving about $260 a month in food stamps for me and my son and health insurance for him. I guess they were trying to see how to get some of the money back.”

Kiessling maintains that her client never gave consent for the prosecutor’s actions. “An assistant prosecutor on this, Eric Scott, told me she had granted her consent, which was a lie — she has never been asked to do this and certainly never signed anything,” she said.

It is reportedly the first decision of its kind in the state, and potentially the country. ClickOnDetroit notes the decision could allow Mirasolo to have “input in decisions regarding the boy’s education, religion and medical issues. He could also end up having the right to spend time with the child.”

The Detroit News was unable to reach officials for comment.“Ross could not be reached Friday afternoon,” the outlet reported.“Scott did not return telephone calls Friday, and Sanilac County’s elected prosecutor, James V. Young, was out of the office for the day and unavailable, a receptionist said.”

A hearing is scheduled for October 2, where Keissling will protest the decision, citing protection under the federal Rape Survivor Child Custody Act. As the mother of the now-eight-year-old boy said:

“He was conceived out of rape, but I don’t look at that. He’s my child. He’s a part of me. Not a part of him. I hope he never has any rights to him at all.“