“Countries the world over must now urgently follow Ireland’s lead.” 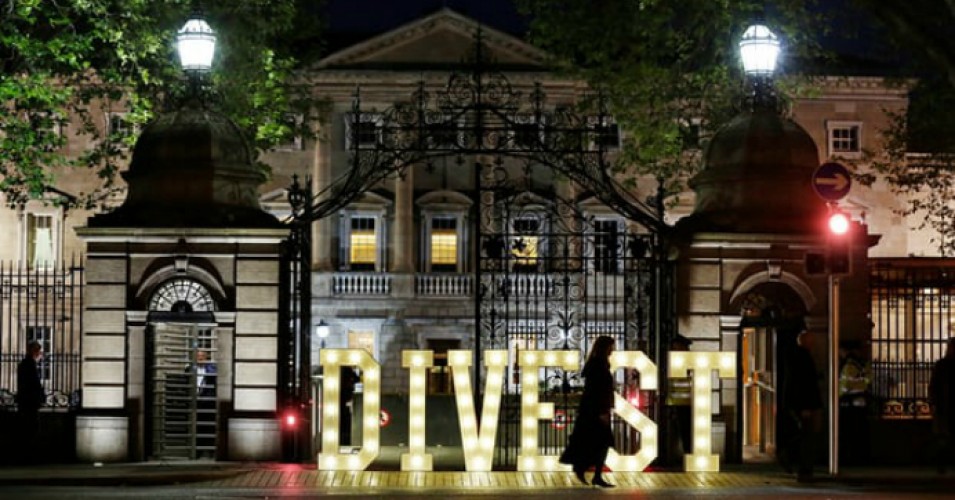 Climate activists across the globe celebrated Thursday after the lower house of the Irish legislature passed a divestment bill with support from all parties, effectively ensuring that Ireland will become the first nation in the world to fully divest public money from the fossil fuel industry.

“This week, packed with divestment announcements from churches, universities, and now the first full divestment by a national government, is sending a clear signal that breaking the ties with fossil fuel companies is becoming the new norm: investing in them is no longer economically viable nor morally right,” responded Nicolò Wojewoda of 350.org Europe. “The only way to meaningfully address the climate crisis is to stop funneling money into the fossil fuel industry and instead to support the momentous rise of renewable energy.”

“The groundswell that’s been building around the planet for divestment derives its power from everyone working together toward the same end. It’s all one big fight. And we’re winning more and more of that fight,” declared 350.org co-founder Bill McKibben.

“Irish activists have done amazing work to make this happen—I’ve watched with awe as activists from environmental groups and the Catholic social justice movement have transformed the debate in the country,” McKibben added, turning to Twitter to highlight a few key groups:

The landmark divestment debate in the Irish Parliament this a.m. was full of tributes to the campaigners @Trocaire, who deserve so much credit (Hi Lorna Gold). Also @SCC_Ireland @foeireland and the amazing student divestment campaigners from Galway, Trinity and Queens Belfast

Breaking my two-weeks off social media (so far) to amplify this massive victory for our movements (not to mention our hopes for a habitable planet). Way to go Ireland!!!! https://t.co/19CFtSeVKy

The Fossil Fuel Divestment Bill, passed Thursday by the Dáil Éireann, mandates that the €8.9 billion ($10.4 billion) Ireland Strategic Investment Fund divest all investments in coal, oil, peat, and gas “as soon as practicable” but within five years, and bars future investments in the industry. The bill, the Guardian reports, “is expected to pass rapidly through the upper house, meaning it could become law before the end of the year.”

“The [divestment] movement is highlighting the need to stop investing in the expansion of a global industry which must be brought into managed decline if catastrophic climate change is to be averted,” Thomas Pringle, the lawmaker who introduced the bill, told the Guardian. “Ireland by divesting is sending a clear message that the Irish public and the international community are ready to think and act beyond narrow short term vested interests.”

“For once, Ireland is a genuine climate leader, not a laggard,” reacted Friends of the Earth Ireland director Oisín Coghlan. Last month, Climate Action Network Europe’s Off Target report ranked Ireland as the second-worst country in the European Union in terms of taking steps to address the global crisis.

The Dáil has just passed @ThomasPringleTD‘s #Divestment Bill, to make Ireland the first state in the world to move to pull all its sovereign funds out of fossil fuels. For once, Ireland is a genuine climate leader, not a laggard. Onward, in hope, to build a #FossilFree future. pic.twitter.com/s81SzY6ofP

Global Legal Action Network’s Gerry Liston, who drafted the measure, emphasized the need for other nations to make similar moves.

“Governments will not meet their obligations under the Paris agreement on climate change if they continue to financially sustain the fossil fuel industry,” Liston said. “Countries the world over must now urgently follow Ireland’s lead and divest from fossil fuels.”