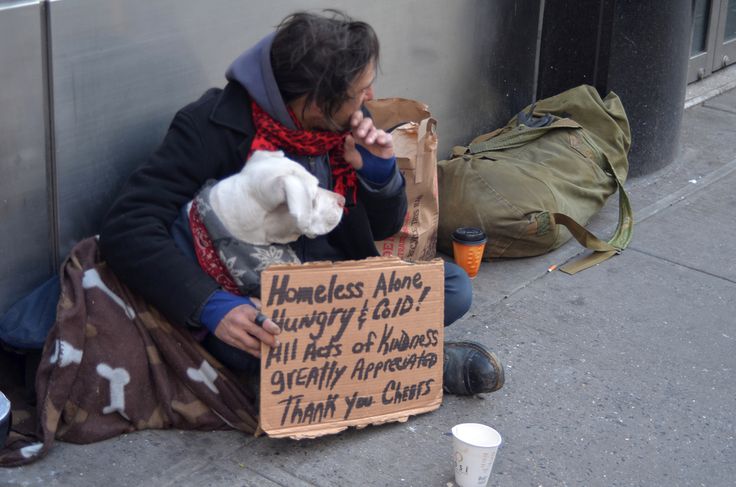 Emphasizing the absurdity of the report’s claims, AJ+ noted that nearly 41 million Americans are living in poverty—a figure that some analyses suggest is even higher—and pointed to the recently revived Poor People’s Campaign:

The Trump administration on Thursday declared America’s war on poverty “largely over and a success.”

Yet, almost 41 million people in the U.S. currently live in poverty: pic.twitter.com/cVQZvCfIJz

The report uses 2013 census data to claim that the majority of non-disabled working-age adults who are receiving Medicaid, SNAP—often called food stamps—or housing benefits work fewer than 20 hours per week, and that these programs discourage beneficiaries from working.

Although the report and Republican politicians allege that imposing work requirements for social safety net programs would “improve self-sufficiency,” poverty experts highlight analyses that those who are able to work typically do, and warn that such measures cause low-income Americans to lose necessities such as healthcare and housing.

And, as the New York Times outlined, the report’s figures for the number of people working fewer than 20 hours per week are likely overestimates, particularly for Medicaid:

The unemployment rate has declined substantially since 2013, falling by more than three percentage points to about 4 percent. Other reports that employ different methodologies find a substantially larger amount of work among program recipients.

The Center on Budget and Policy Priorities calculated this year that three-quarters of food stamp recipients work within a year of participating in the program. That report suggests that Americans often use assistance programs as bridges to a new job, after they have lost previous employment.

The administration’s numbers may be particularly exaggerated for Medicaid. Under the Affordable Care Act, many states expanded their Medicaid program in 2014 to include more childless adults whose incomes bring them close to the poverty line. But the report examines adults who were enrolled in Medicaid in 2013, before the expansion, when most adults who were signed up were either pregnant women, the parents of young children or adults with extremely low incomes.

Adding to her remarks to the Times, Vallas tweeted:

Yesterday’s White House CEA report calling for taking health insurance, food & housing away from unemployed & underemployed workers in the name of “work requirements” was Trump’s divide and conquer dog-whistling on steroids, as I told @jimtankersley 👇https://t.co/sR0lJ9NiL3

As president, Trump has encouraged and enabled work requirements for benefits programs. In January, his administration issued a guidance for state Medicaid directors, aimed at allowing them to impose requirements, and in April he signed an executive order directing federal agencies to strengthen existing requirements and develop new ones.

The executive order, as Vallas wrote as the time, was also part of Trump and Republicans’ “divide and conquer” strategy to rebrand the programs as “welfare,” and thus, “tap into racial animus and ugly myths about aid programs in order to pit struggling workers against one other.”

Republicans’ efforts to implement work requirements aren’t contained to the White House—GOP members of Congress are also pursuing them. While House Republicans are trying to force through a work requirements provision in the Farm Bill, the Senate’s version of the bill includes no such provision. As lawmakers prepare to reconcile the legislation, some Republicans are pressuring Trump to refuse to sign the bill without the House measure.

While Republicans work to destroy safety net programs, the international community is growing increasingly alarmed by the high rates of inequality, poverty, and infant mortality in the United States, which were recently detailed in a “scathing” United Nations exposé that, as Common Dreams previously reported, explored how “Trump and the GOP-controlled Congress are ‘deliberately’ working to make these already devastating crises worse by waging war on the poor while lavishing the rich with massive tax cuts.”