With protesters in the streets of Helsinki, U.S. and Russian presidents get cold and critical greeting in nation’s capital city 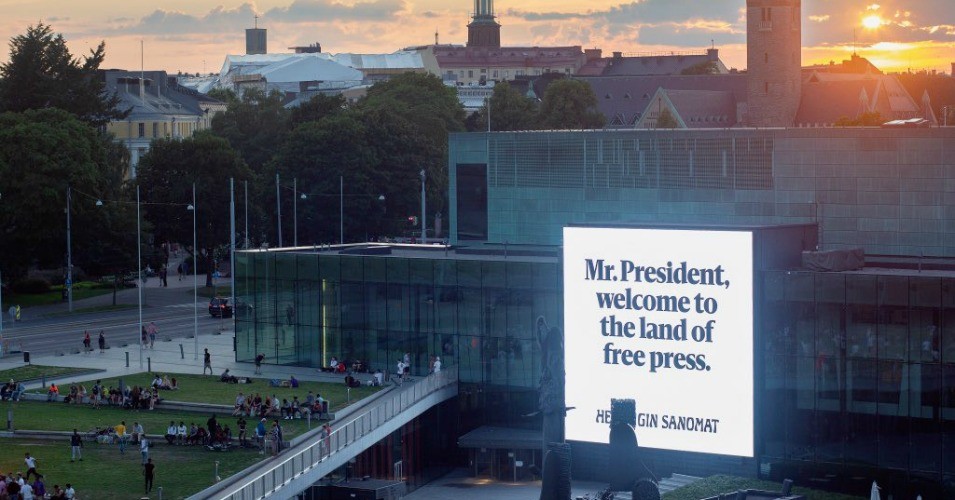 Finland’s largest newspaper put out clear markers for both President Donald Trump and President Vladimir Putin ahead of a one-on-one meeting in Helsinki on Monday. (Photo: Helsingin Sanomat/Finland)

Like every other place the U.S. president has traveled in Europe over the last week, large protests also took place in the Finnish capitol of Helsinki on Sunday—a day ahead of a highly anticipated and much-hyped meeting with his Russian counterpart, President Vladimir Putin.

Both leaders were also greeted with a large billboard advertisement purchased by Helsingin Sanomat, the nation’s largest newspaper, which bashed the Trump and Putin as being enemies of journalism and a free press.

As we welcome the presidents to the summit in Helsinki, we @hsfi want to remind them of the importance of free press. 300 billboards on the routes from the airport to the summit are filled with news headlines regarding presidents’ attitude towards the pressfreedom. #HELSINKI2018 pic.twitter.com/KmYJtLyeNE

“This is a statement on behalf of critical and high quality journalism,” Kaius Niemi, the paper’s editor-in-chief said in a statement. “As we welcome the presidents to the summit in Finland, we want to remind them of the importance of free press.” He added, “The media shouldn’t be the lap dog of any president or regime.”

And the newspaper further explained their position, and the problematic records of both Trump and Putin, in this video:

Already contentious, the Trump-Putin meeting comes just days after the office of Special Counsel Robert Mueller announced on Friday the indictment of twelve Russian military officers, charging them with directly taking part in an the alleged effort by the Russian government to interfere with the 2016 U.S. presidential elections.

Meanwhile, Finns took to the streets of Helsinki on the eve of the summit to voice displeasure with both men. 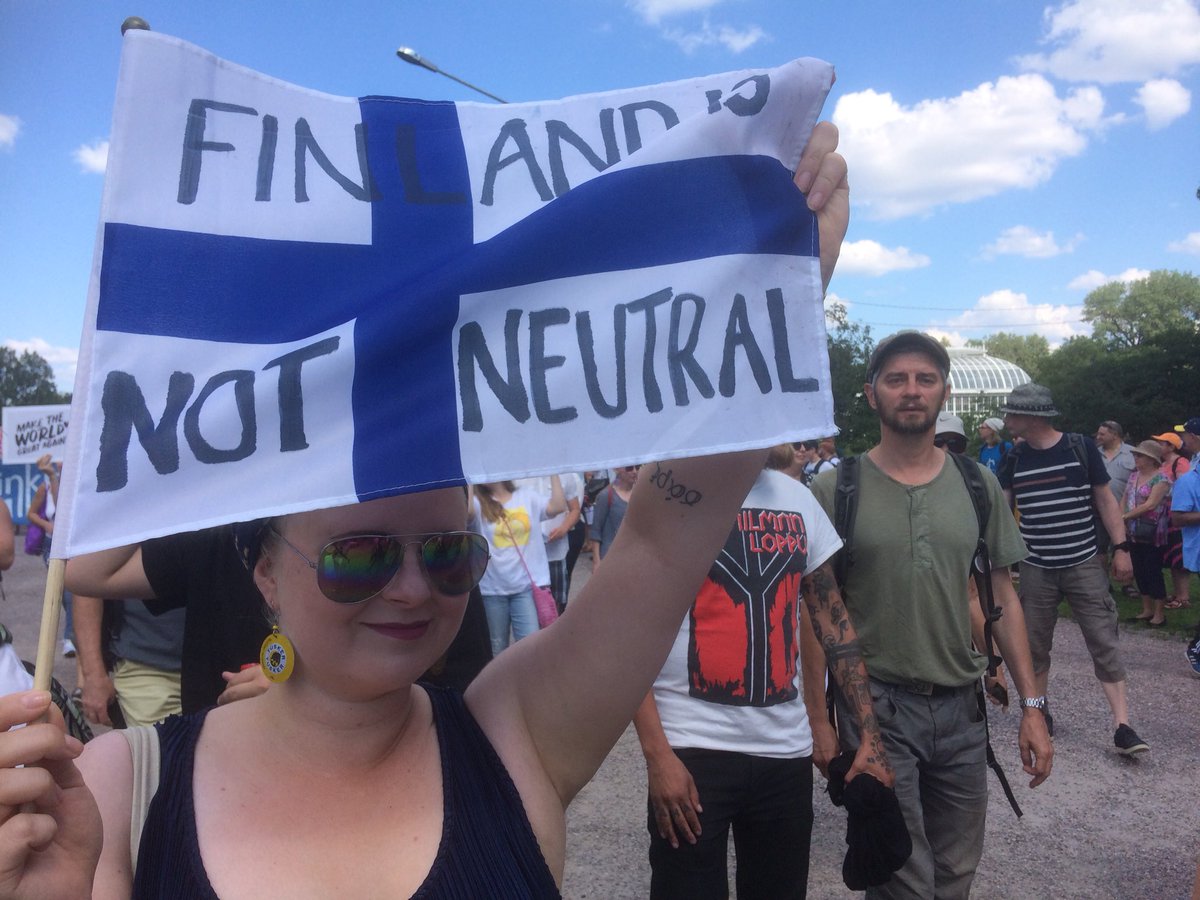 Protesters came out on Sunday to attack both Donald Trump and Vladimir Putin before the controversial summit between the two leaders in the Finnish capital.

“Not welcome,” read one sign, held by Hemmo Siponen, showing a cartoon of Trump and Putin embracing. “Fuck you both,” read another carried by two young women.

“It doesn’t feel good to have them here,” said Anna Bruun, a civil servant who said she was opposed to “great power politics” playing out in her home city.