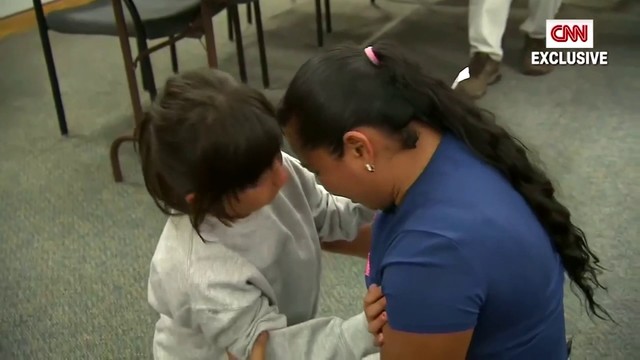 With many keenly aware of the chaos and heartache President Donald Trump caused by implementing his family separation and child detention policies, Trump critics have donated millions of frequent flyer miles to families who remain separated more than a month after the president was forced to end the practice.

What’s all the “buzz” about? That’s right=5.8 Million miles! The community is “feed”-ing off the positive energy. Check out the latest BuzzFeed Article!https://t.co/ygPgIc2Bd5

More than 30,000 people retweeted a message from University of Michigan law professor Beth Wilensky this week regarding the frequent flyer miles her family was donating to a local charity. The Michigan Support Circle would in turn give the miles to a father and his three-year-old son, who were waiting to be reunited with their family elsewhere in the United States.

My husband travels a lot. Downside: he’s gone a lot. Upside: frequent flyer miles. We just used some to fly a 3-yr-old and his dad, who had been separated at the border, from Michigan (where the son had been taken) to their extended family. DM me if you have miles to donate.

Wilensky’s tweet helped result in 5.8 million miles being donated to Miles 4 Migrants, a group that uses “donated frequent flyer miles and money to book flights that bring refugees to their new homes and reunite families separated by conflict and persecution.”

Just signed up to donate miles to reunite immigrant families, following @AcevedoWrites pledge. Who else is down? #frequentmileschallenge https://t.co/jrW6wJzP1V

The families that the group is helping all have government approval to be reunited and relocated to join their families who are already based in the U.S., Miles 4 Migrants co-founder Nicholas Ruiz told Buzzfeed.

“The only thing holding them back is the cost of the flight,” he said.

In the weeks after Trump signed an executive order directing immigration officials to stop separating families, reports surfaced that immigrants and their families were being forced to pay hundreds if not thousands of dollars in airfare to reunite.

Miles 4 Migrants has booked flights for 151 people since forming in 2016, and its directors expect to help 390 more following this week’s donations.

More than 2,500 children were separated from their parents by Trump’s “zero tolerance” immigration policy, and the administration missed a court-ordered deadline at the end of July to reunite every family.

According to a court filing by Trump officials this week, 559 children remain separated from their parents, while an untold number of reunited families lack the funds needed to get them to their extended families in the United States.

Ruiz attributed the enthusiastic response to Wilensky’s tweet to the widespread outrage over the family separation crisis and the desire of many Americans to directly combat Trump’s violation of families’ human rights.

“What would you do if you were separated from your family?” he said to Buzzfeed. “[Donors] see this as something very simple and a very tangible way to make a difference.”