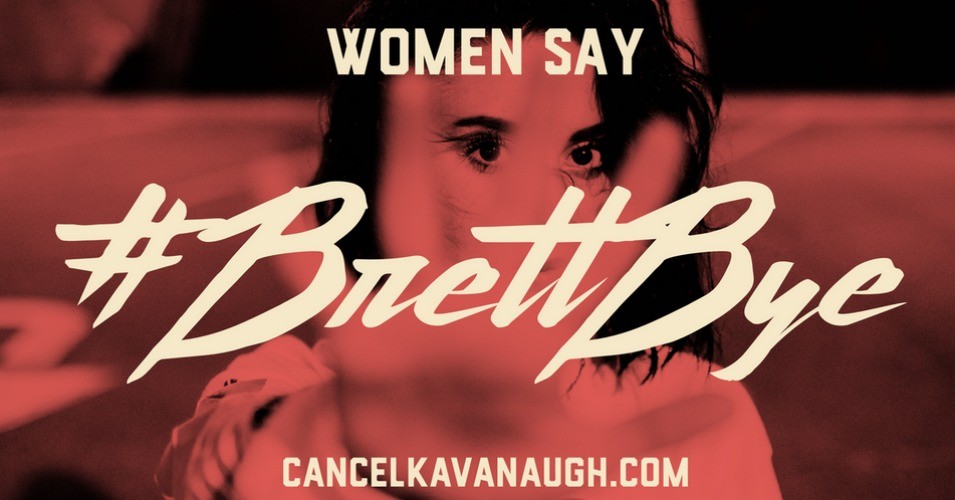 More than three dozen progressive organizations—including NARAL Pro-Choice America, CREDO, and Planned Parenthood Action Fund—announced the event late Saturday, calling on survivors and allies to wear black on Monday and to walk out of their workplaces, schools, and homes at 1:00pm EST. Supporters will also be posting photos of their participation online with the hashtag #BelieveSurvivors.

“Dr. Blasey Ford has bravely come forward with her story of sexual assault at the hands of Brett Kavanaugh, despite knowing this will come at great cost to her life and her family,” said NARAL in a statement. “Her willingness to testify in the face of relentless bullying, victim-blaming, and unfair Committee process by Republicans is yet another symbol of her courage and her willingness to speak her truth. She is not alone. Allies want her to know they have her back.”

By Sunday morning, more than 5,000 people had pledged to join the walkout as supporters spread the word on social media.

We’re in. We were going to stand outside and scream at the sky anyway. #BelieveSurvivors #MeToomvmt https://t.co/yj54mXrTQO

I believe Dr. Christine Blasey Ford. I’ll be joining the nationwide walkout with my sisters and brothers across the country on Monday at 1pmET/10amPT to stand in solidarity with her and survivors everywhere. #BelieveSurvivors

Hundreds of Ford’s supporters are also expected to stage protests in Senate offices on Capitol Hill Monday, while alumnae of the Holton-Arms School in Bethesda, Maryland, where Ford was a student when Kavanaugh allegedly assaulted her at a party, planned a vigil outside the White House on Sunday at 5:00pm EST.

The shows of solidarity were planned as Ford and the Senate Judiciary Committee continued to negotiate the terms of her upcoming testimony. On Saturday, Ford’s lawyers and Committee Chairman Chuck Grassley (R-Iowa) reached a tentative deal for Ford to testify Thursday, with details being discussed Sunday.

On CNN‘s “State of the Union” Sunday morning, Sen. Mazie Hirono (D-Hawaii) criticized the Republican-led committee for pushing ahead with the testimony without calling for or allowing time for an FBI investigation into the allegations, which Ford has requested.

“This is totally untoward because remember, during the Anita Hill days there was an investigation, perfunctory as that was, but Dr. Ford is not even afforded that,” Hirono told Jake Tapper. “Meanwhile, she’s coming forward and very bravely saying, ‘I will tell my story,’ so I’m going to do everything I can to make sure she can tell her story free of intimidation, fear, and the kind of threats that she’s already getting for even coming forward.”

“She’s coming forward and very bravely saying, ‘I will tell my story,’ so I’m going to do everything I can to make sure that she can tell her story free of intimidation,” says Sen. Mazie Hirono of Christine Blasey Ford #CNNSOTU https://t.co/ChAXC3Jn5z pic.twitter.com/BNnyhgyPpN