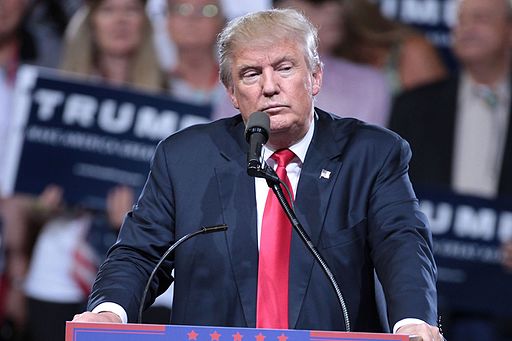 While it is possible to opt out of Amber Alerts and other emergency notifications, it is not possible to block or turn off presidential alerts. (You won’t be able to text back, either.)

Noting that Trump has already “weaponized disinformation” through his Twitter account, the activists argue that the presidential alert system—established by a 2006 law signed by former President George W. Bush—is “unconstitutionally vague” and could be vulnerable to manipulation by an erratic president who has shown complete disdain for the truth.

While the law states that presidential alerts can only be sent in the case of genuine national emergencies—like a terrorist attack or a natural disaster—the lawsuit points out that Trump and other federal officials are “free to define ‘act of terrorism’ and ‘threat to public safety’ as they see fit, potentially broadcasting arbitrary, biased, irrational, and/or content-based messages to hundreds of millions of people.”

“Just as a pamphleteer cannot compel a passerby to accept a screed, so, too, government cannot send messages to peoples’ cellular devices without being invited to do so,” the lawsuit concludes. “The compulsory presidential alert scheme violates the Constitution. This court should not hesitate to so declare.”

Ahead of the presidential alert system’s debut, as Common Dreams has previously reported, many have echoed the concerns raised in the New Yorkers’ lawsuit and warned that Trump will be able to blast out potentially false and self-serving messages to every U.S. resident with a cellphone.

A scary preview of Trump running the FEMA text alert system… God save us. pic.twitter.com/zoMED6qqSH

Experts have also expressed concern that there are not sufficient safeguards to prevent Trump from exploiting the alert system for his own political needs.

“I’m not sure that the system would protect us from rogue announcements by a president who has exhibited the kind of behavior President Trump has over the last two years,” Irwin Redlener, director of the National Center for Disaster Preparedness at Columbia University, told Vox in an interview last month. “I personally would not give this microphone to Donald Trump.”