Contractors have been granted waivers to use tear gas on detainees and after failing to report a sexual assault, an inspector general’s report found 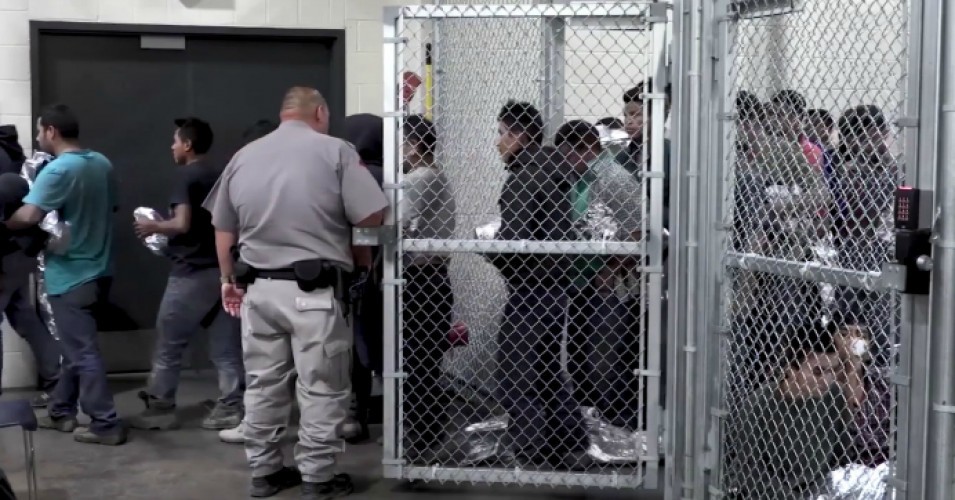 A new report by the inspector general of the Homeland Security Department found persistent abuses at immigration detention facilities that the department has done little to address. (Photo: Customs and Border Protection)

In another sign the Trump administration is violating the rights of immigrants, a poorly regulated system of handing out “waivers” to contractors which run immigrant detention facilities has allowed many abuses at the facilities to persist for years, according to a damning new report by the inspector general of the Department of Homeland Security (DHS).

The report found that federal immigration authorities are failing to police both private and public contractors which run detention facilities currently holding more than 45,000 immigrants each day. Instead of revoking contracts, fining the businesses and public entities which are operating the centers, or taking other actions to ensure abuses don’t continue once they’re discovered, DHS is simply granting waivers to the contractors for violations including failure to report sexual assaults in their facilities.

The report highlighted one contractor that was given a waiver allowing staffers to use tear gas on immigrants in their custody, while another was permitted to house immigrants with violent criminal histories near people who had not committed violent crimes—a practice that the federal government prohibits “to protect detainees who may be at risk of victimization or assault.”

Under the waiver system, the report read, “ICE may be indefinitely allowing contract facilities to circumvent detention standards intended to assure the safety, security, and rights of detainees.”

The inspector general examined conditions and abuses that had taken place at 106 detention facilities between October 2015 and June 2018, learning that Immigration and Customs Enforcement (ICE) had issued only two fines to contractors for mismanagement—despite recording more than 14,000 “deficiencies” during that time.

The penalties amounted to only $3.9 million total—about .13 percent of the more than $3 billion ICE was paying contractors to run detention facilities during that period.

The inspector general’s office also reviewed 68 waiver requests and 65 approved waivers. The office noted that only 62 of the approved requests had expiration dates, suggesting that those tasked with housing tens of thousands of immigrants had been given approval to operate below the federal government’s standards indefinitely.

Despite the high approval rating, the inspector general wrote, ICE did not provide details during the probe into how or why waivers are approved.

In fact, “key officials admitted there are no policies, procedures, guidance documents, or instructions to explain how to review waiver requests,” the report read.

ICE did provide the inspector general with forms that contractors could use to request waivers allowing them to conduct strip searches on immigrants in their care.

“However, the memoranda did not acknowledge the important constitutional and policy interests implicated by a facility’s use of strip searches,” the report read. “ICE officials did not explain how Custody Management should handle such waiver requests when a contrary contractual provision requires compliance with a strip search standard.”

On social media, critics denounced the news of DHS’s “waiver system” as more evidence that immigration officials have committed “crimes against humanity” at the U.S.-Mexico border, while others called on Homeland Security Secretary Kirstjen Nielsen to resign.

“Instead of holding facilities accountable through financial penalties, ICE issued waivers” to these contractors. #CrimesAgainstHumanityhttps://t.co/3vnUt93pky

ICE issued waivers for the facilities. ICE also stated last year they’re not responsible for sexual assault in their facilities, which is in the thousands. DHS has consistently ignored human rights violations within it’s operating branches and Nielson needs to step the fuck down. https://t.co/bbAs3wZxPy