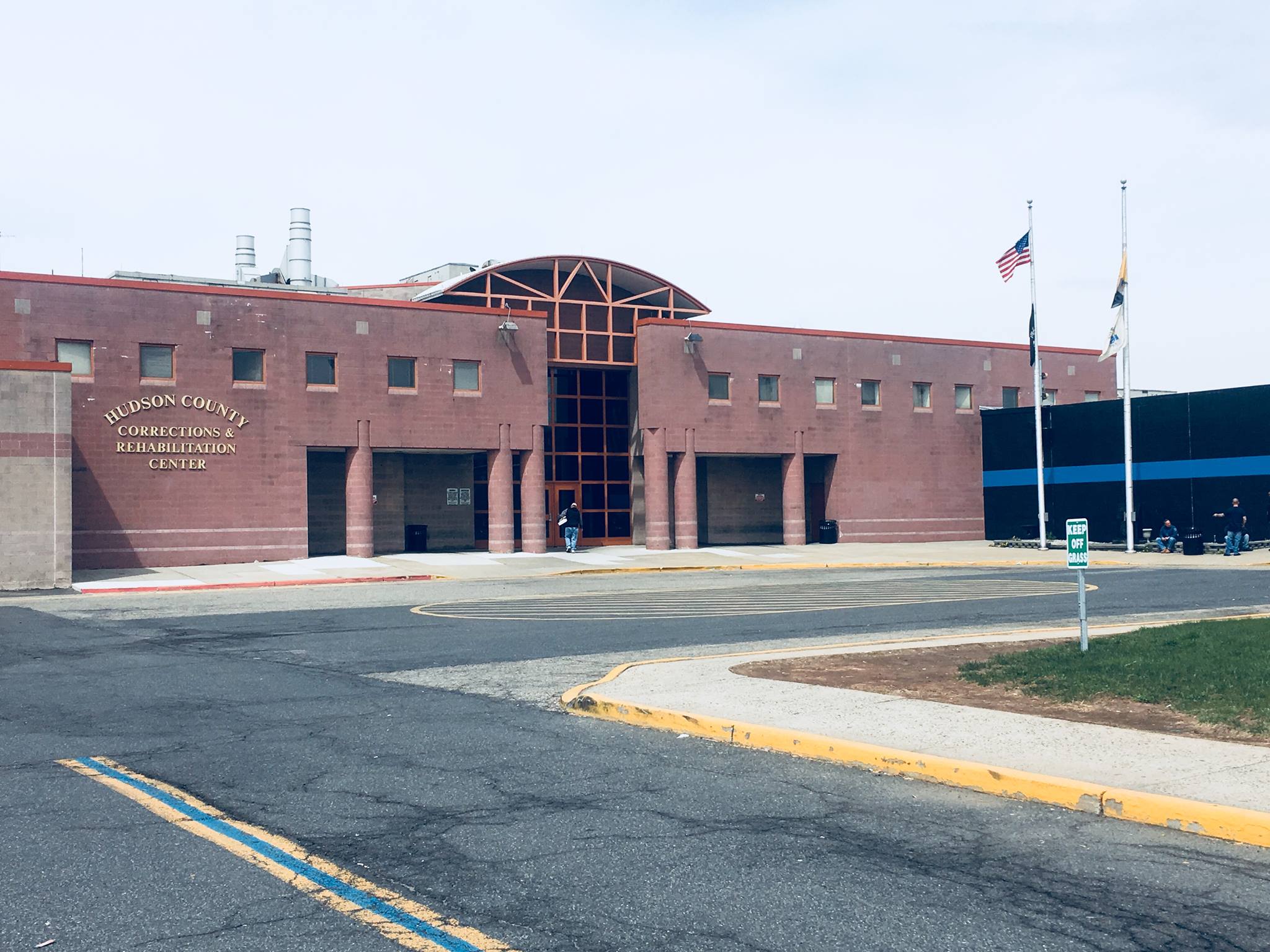 The audio was recorded when Ronal Umaña, a 30-year-old immigrant from El Salvador currently being held at the Hudson County Correctional Facility in New Jersey, placed a personal call to an advocate on Sunday. The advocate provided the audio to ProPublica.

Shortly after Umaña’s call, the detention center was placed on 14-day lockdown, further restricting public access. Vice News reported Sunday that two people held in the facility had tested positive for COVID-19; ICE confirmed to ProPublica that those people were not ICE detainees. (The detention center houses people arrested by local officials separately from those being held by ICE.)

Hudson County’s ICE detention facility is one of at least three in New Jersey where detainees are on a hunger strike over what they see as officials’ failure to protect them from infection. The state has been particularly hard hit by the coronavirus, and it was placed under a statewide stay-in-place order on Saturday.

In the recording, Umaña explained that the facility has provided hand sanitizer for guards but not for detainees. Umaña said detainees receive a single bar of soap for a week, both for showering and washing hands; if they want more, they must buy it from the prison commissary for $1.70.

According to Umaña, guards have responded to detainees’ demands with dismissal and rage. “They don’t do anything,” he said in Spanish on the recording. “They only yell at us and tell us that if we complain — that ‘unless we see you get really sick, or you really have a high fever, we can’t do anything with you.’ So we say, ‘If we have a bad fever, and lots of us are sick, we can die here,’ and they say, ‘Well, you’re going to have to die of something.’”

Hudson County, whose government runs the detention facility, did not reply to requests for comment. ICE said it has sent guidance to detention operators regarding protections against COVID-19, and referred ProPublica to its website, which specifically mentions protocols for the use of personal protective equipment and rules for separating detainees who have tested positive. The agency said it had not heard of any allegations about insufficient cleaning supplies at any facility.

Advocates and medical experts around the U.S. are worried about the potential for COVID-19, the disease caused by the novel coronavirus, to spread in prisons and jails. That concern is particularly acute in ICE detention centers, which have a long track record of struggling to contain infectious disease.

A letter sent to Acting ICE Director Matthew Albence last week, written by doctor-advocates from the New York Lawyers for the Public Interest Medical Providers Network and Doctors for Camp Closure and signed by over 3,000 medical professionals, called on ICE to release immigrants from detention “to avoid preventable deaths” from COVID-19. They expressed concern for immigrants with underlying health conditions, a group that includes Umaña, who has epilepsy.

Advocates have filed several lawsuits against ICE to force the release of certain medically vulnerable immigrants, but no judge has yet ordered ICE to comply with advocates’ demands.

Many immigrants detained by ICE, including Umaña, could be released on parole while their deportation cases are resolved. However, under President Donald Trump, ICE has sharply curtailed the use of parole to release immigrants from custody.

Umaña has been detained by ICE since 2016. He is currently awaiting a new hearing before an immigration judge, after winning an appeal last fall that ordered the judge to reexamine his case.

Umaña’s attorney filed a federal court petition seeking his release in January. That case is still pending. He was scheduled for a hearing on March 31, but the courtroom his case was assigned to has been closed because of COVID-19 concerns (although the case could be reassigned to a judge at a courtroom that is still open).

On March 12, as New Jersey reported its first COVID-19 death, Umaña’s attorney filed a request for his release on medical grounds due to the threat of coronavirus infection. ICE declined to reconsider his detention.

As of Thursday, 270 ICE detainees were held in the Hudson County facility. Last week, two of them were quarantined and tested for COVID-19 because their attorneys had been exposed to the virus and were experiencing symptoms. A county spokesperson said last week that both ICE detainees tested negative; one was released, while the other was removed from quarantine and returned to normal detention.

According to Umaña, several more detainees have reported fevers and requested medical attention but haven’t received it.

Starting Monday, ICE is prohibiting immigrants’ attorneys from entering detention facilities without personal protective equipment, including N95 or surgical masks (of which there are shortages in many parts of the country). But detention center guards and other employees are also a risk to carry COVID-19 into detention facilities.

At the Bergen County detention center in New Jersey, eight employees are currently self-quarantined after one tested positive for COVID-19 last week, although a spokesperson for the county sheriff’s office told the press that none of the self-quarantined individuals had contact with detainees. In a detention center in Aurora, Colorado, 10 detainees were quarantined last week, though none showed symptoms, according to a spokesperson for private prison company GEO, which runs the Aurora facility.

ICE told Congress last week that until the crisis subsides, it would “focus enforcement” on immigrants who focused “public-safety risks” or who had criminal records that required them to be detained under immigration law. Other immigrants, ICE said in its statement, could be placed in “alternatives to detention.” But ICE confirmed to ProPublica that it has not made any policy changes regarding immigrants who had already been detained.

On the day ICE notified Congress of its change in policy, Umaña’s attorneys received word that ICE was declining to reconsider releasing him from detention because of the COVID-19 threat.

Do you have access to information about detainees that should be public? Email dara.lind@propublica.org. Here’s how tosend tips and documents to ProPublica securely.