“We cannot afford to allow the interests of private corporations to supersede the needs of the American people and the long-term stability of our economy.” 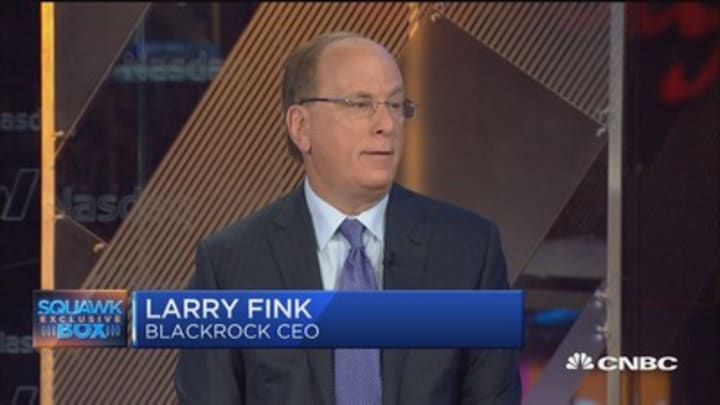 BlackRock, the largest asset management firm on the planet, has for years faced criticism and protests from progressives over its massive investments in fossil fuels, private prisons, and the arms industry—and now the financial behemoth is set to take on a leading role in the Federal Reserve’s sprawling coronavirus bailout program.

The Wall Street Journal reported Sunday that BlackRock—which manages over $7 trillion in assets—will in the coming days help the central bank funnel “money into both new and already-issued corporate bonds, assisting the Fed in its recently adopted role as lender of last resort for businesses.”

“BlackRock will steer as much as $750 billion into the corporate debt market for the Fed,” according to the Journal. “[The firm] will be central to what is expected to be a multi-trillion-dollar overall program of central-bank support to the economy and markets, a program that will help decide which businesses survive the pandemic.”

BlackRock partnered with the Fed during the 2008 financial meltdown, helping the central bank oversee Bear Stearns and American International Group (AIG) assets. But the firm’s role in the current crisis will be “far bigger,” the Journal reported.

Progressives expressed alarm over BlackRock’s outsize power over such a massive pot of public money.

BlackRock manages over $7 trillion in assets. Seven trillion. a top investor in private prisons, weapons manufacturers, in pharmaceutical companies inflating medication prices, in charter schools, BlackRock’s forte—no, it EXISTS to buy and put a price on every one of our rights https://t.co/djzgD9GtMb

We live in the darkest timeline https://t.co/t6omM6ohXj

The Fed’s March 24 announcement that it hired BlackRock to play a central part in its corporate bond-buying program sparked immediate backlash from progressive advocate groups and policy analysts who warned that the firm could steer funds to fossil fuel companies and into its own pockets.

In a March 27 letter (pdf) to Federal Reserve chairman Jerome Powell, a coalition of 30 progressive advocacy groups noted that BlackRock is “the largest owner of many of the firms over which it will make decisions” under the Fed’s corporate bond-buying program.

“We cannot afford to allow the interests of private corporations to supersede the needs of the American people and the long-term stability of our economy,” the groups said.

In a column on Sunday, The Week‘s Ryan Cooper wrote that while the central bank is “not wrong to want to keep the financial markets from seizing up or big businesses from collapsing,” there’s “no reason why the Fed should not be demanding egalitarian reforms to the institutions it is supporting, or why it shouldn’t include the rest of the American people in its luxurious grasp.”

While Congress has approved the program to unleash trillions in Federal Reserve funding for corporations, Cooper argued that everyone in the U.S. deserves a bailout from the central bank to stave off the economic pain of the Covid-19 pandemic.

“While it is entirely proper to head off chaotic collapses in finance or business, that power should not be deployed to protect Wall Street’s grotesque share of national income, or bloated CEO pay packages,” Cooper wrote. “If big corporations can get the benefits that ultimately flow from the power of the printing press, the rest of the American people should get a piece of the action.”