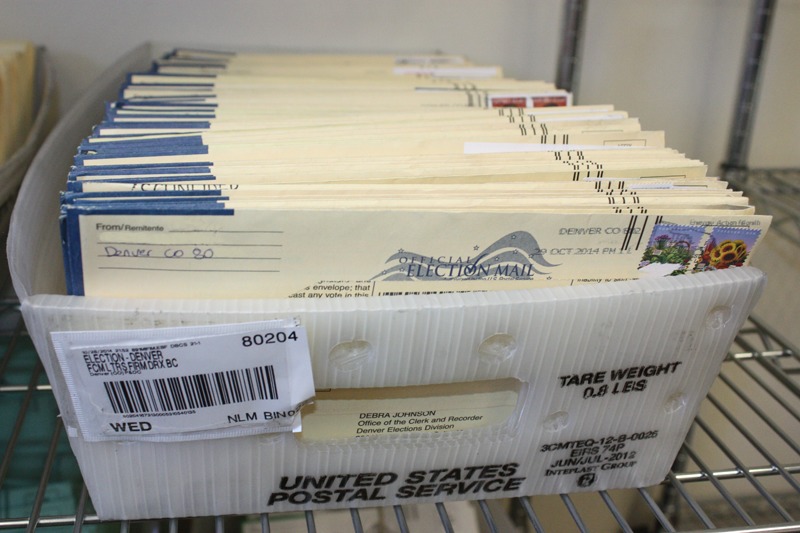 Earlier Tuesday, U.S. District Judge Emmet Sullivan of the District of Columbia had ordered the sweeps between 12:30 pm and 3:00 pm ET, and set a 4:30 pm ET deadline for facilities to file a status update. John Kruzel, a reporter at The Hill, tweeted Tuesday afternoon that the USPS failed to comply, in spite of saying this week that about 300,000 ballots had entered the mail sorting system but lacked a delivery scan.

Journalist Ari Berman, who has extensively covered voting rights in the United States, similarly declared that “Louis DeJoy should be held in contempt of court and face criminal charges for obstructing an election if these ballots are not delivered on time.”

Berman noted that mail delays have gotten worse in the lead-up to Election Day. For months, voting rights advocates have slammed DeJoy—a GOP megadonor who took over the Postal Service earlier this year—for forcing mail operations changes that critics charge were intended in part to sabotage the November election.

Stephen Wolf, a staff writer at Daily Kos Elections, also took to Twitter to highlight the missed deadline and the Washington Post reporting that Berman shared about how USPS ballot processing has slowed down in recent days. Wolf alleged “intentional sabotage by the Trump administration.”

As Common Dreams reported earlier Tuesday, in response to a motion filed by the NAACP, Sullivan ordered sweeps at various facilities including some in seven battleground states—Arizona, Florida, Georgia, Maine, Michigan, New Hampshire, and Wisconsin—which don’t allow ballots that arrive after November 3 to be counted.

Kruzel shared a statement from USPS claiming it was not possible to comply with the court order because of the number of inspectors at facilities:

…and would take them away from their other pressing Election Mail- related responsibilities, as detailed above.”

Says inspectors will be in the identified facilities “throughout the evening.”

But dozens of states have due dates tonight, after which votes are invalidated

According to Bloomberg, the Postal Service told the judge that “defendants were unable to accelerate the daily review process to run from 12:30 pm to 3:00 pm without significantly disrupting preexisting activities on the day of the election, something which defendants did not understand the court to invite or require.”

“This is very concerning and shows why a ‘received by’ deadline just makes no sense and improperly disenfranchises voters,” Josh Douglas, a professor at the University of Kentucky Rosenberg College of Law, said of USPS missing the Tuesday deadline.

Eric Klinenberg, a social science professor and director of New York University’s Institute for Public Knowledge, concurred. “This is how you deny citizens the franchise and steal an election,” he said. “Also, it’s how we all thought they would do it. It’s what they said they wouldn’t do. And it’s exactly what they are doing.”

Amid months of predictions that the U.S. would see historic participation in early voting—both by mail and in person—for the November election partly due to the ongoing coronavirus pandemic, President Donald Trump has baselessly attacked the security of voting by mail. Trump faces a tough reelection battle against the Democratic challenger, former Vice President Joe Biden.