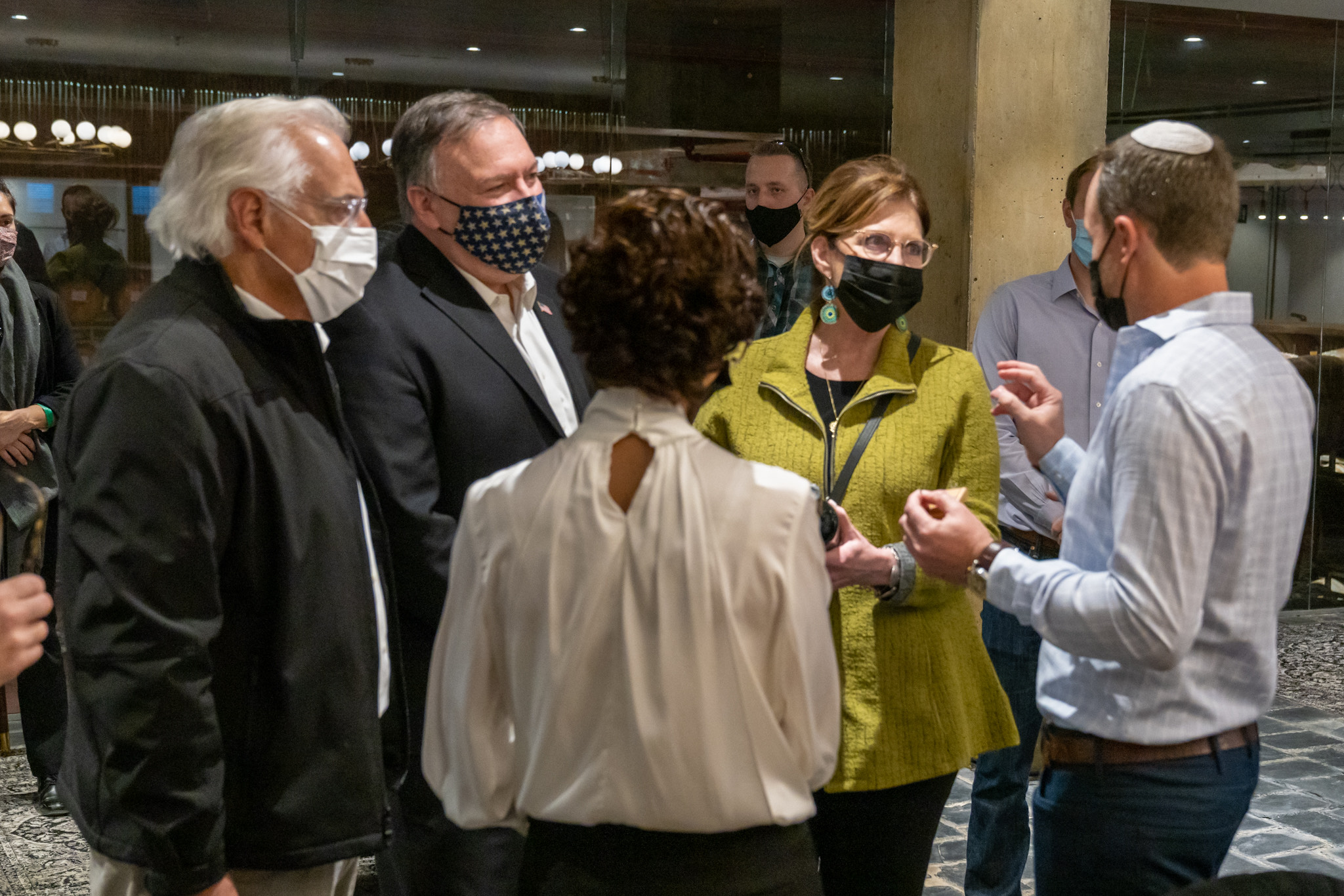 U.S. Customs and Border Patrol on Wednesday announced that “for country of origin marking purposes, imported goods produced in the West Bank, specifically in Area C under the Israeli-Palestinian Interim Agreement… must be marked to indicate their origin as ‘Israel,’ ‘Product of Israel,’ or ‘Made in Israel.'”

Area C, which is administered by Israeli occupation forces, comprises over 60% of the West Bank’s territory. Under the new U.S. policy, goods produced in areas under Palestinian administration will be labeled “Made in the West Bank,” and if manufactured in the besieged coastal enclave of Gaza, “Made in Gaza.”

According to the Israeli human rights group B’Tselem, between 180,000 and 300,000 Palestinians live in Area C, alongside at least 325,000 Israeli settlers in more than 225 colonies and outposts.

These are the 112 companies included in the UN database of companies involved in Israel’s illegal settlement enterprise.

All institutions should stop contracting, procuring from or investing in these firms to avoid complicity in Israel’s war crimes ➡️ https://t.co/ni2JGMe5eI pic.twitter.com/edmIMI1dGd

The new guidelines were announced by U.S. Secretary of State Mike Pompeo last month during a joint press conference with Israeli Prime Minister Benjamin Netanyahu following an unprecedented visit by the top American diplomat to one of Israel’s settler colonies in the occupied West Bank.

“For a long time, the State Department took the wrong view of settlements,” Pompeo said at the press conference. “Today the United States Department of State stands strongly to the recognition that settlements can be done in a way that are lawful and appropriate and proper.”

Pompeo was referring to the 1978 State Department legal opinion (pdf)—which held until the Trump administration officially repudiated it last year—that as a “belligerent occupant,” Israel had no right to establish such settlements. Under international law including the Fourth Geneva Convention, both Israel’s occupation and settlements are illegal.

During the same news conference, Pompeo officially declared that the United States would regard the peaceful Boycott, Divestment, and Sanctions (BDS) movement for Palestinian human rights as “anti-Semitic.”

Palestinian officials led international condemnation of the new “Made in Israel” policy, with the Ministry of Foreign Affairs and Expatriates on Thursday calling it a “war crime and a violation of all international laws and conventions.”

“Such a decision attempts to legitimize settlement-manufactured goods as well as the theft of Palestinian land and products,” the ministry said in a statement. “The outgoing U.S. administration [is lying] to the American citizens to make them complicit in the theft of the natural resources and capabilities of the Palestinian people.”

Those who sought to boycott illegal Israeli settlement, but not products from Israel itself will now be unable to tell the difference. https://t.co/WqqExrc1tV

The new U.S. rule allows 90 days for importers to implement the policy. The pro-Israel U.S. lobby group J Street said the transition period means that the incoming administration of President-elect Joe Biden could still reverse it, a move the group favors.

“J Street believes the next administration should quickly reverse moves like this that upend decades of bipartisan American policy and return to the view, held by the rest of the world, that the West Bank is occupied territory and not part of Israel proper for legal purposes,” J Street said in a statement.

The U.S. stance on settlements stands in stark contrast to that of the European Union, where a November 2019 European Court of Justice ruling requires products made in Israeli settlements to be clearly labeled as such.