“Americans owe $70 billion in back rent that they won’t be able to pay. If we don’t get them relief, there will be millions of stories like these.” 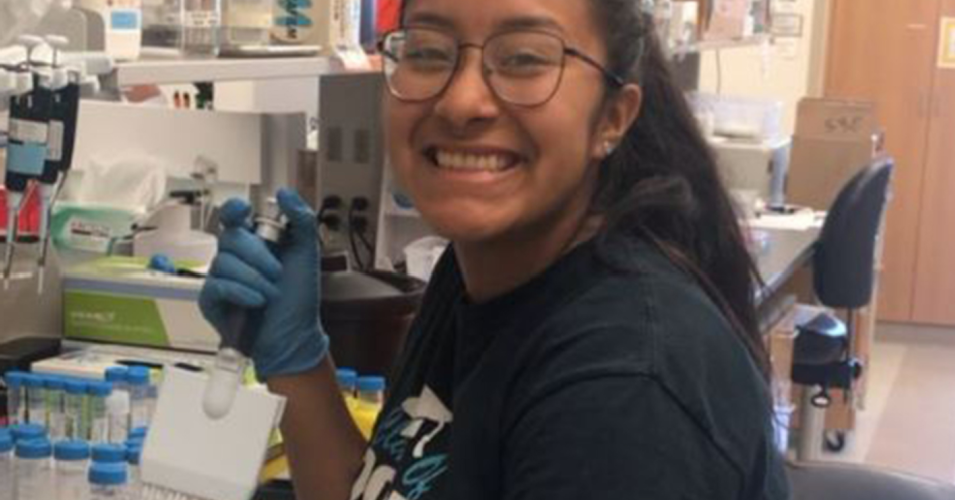 “This is not a feel-good story,” said Public Citizen on Tuesday, February 9, 2021. “It’s a dystopian nightmare.” (Photo: Twitter screengrab from ABC7 News)

After Alondra Carmona, a high school senior in Houston, recently exhausted all of her college savings to prevent her unemployed mother from being evicted, one media outlet on Tuesday tried to portray it as an “act of kindness,” but progressives are emphasizing that the all-too-common story is an indictment of a deeply unequal society reliant on private charity as a result of policymakers’ failure to guarantee livable incomes, affordable housing and higher education, and more.

“In February of 2020, my mom broke her ankle and was not able to work,” Carmona explained in a GoFundMe ad she created to support her family. “Come March, the coronavirus started, which added to the financial problems we already had. Today, I found out that my mom has not had a job for 3 months and hid it from us. She owes two months of rent and will most likely get evicted in March.”

“All of my college savings will go to paying the rent that we are behind on,” wrote Carmona. “As much as I dream of going to Barnard College, it is not looking promising right now. I am turning to this as a last resort because Barnard will not be able to change my financial aid package.”

While the performance of Carmona’s online fundraising page suggests there may be a happy ending in this particular instance for the Barnard-bound aspiring scientist, critics slammed ABC News 7 for framing the story as a heartwarming tale of generosity rather than an opportunity to reflect on society’s failure to meet people’s needs—especially, but not only, during a pandemic.

This is a damning indictment of the failures of late capitalist society, ABC News, not a story appropriate for your “acts of kindness” section. pic.twitter.com/lyRhXt2FqD

Critics asserted that Carmona’s effort—though undoubtedly selfless—is a devastating expression of how ordinary people, left behind by a government that caters to the wealthy while workers fend for themselves in a market-fundamentalist rat-race, are forced to suffer and beg privately—typically not as successfully—amid worsening inequality made even more intense by the coronavirus crisis.

This is not a feel-good story; it’s a dystopian nightmare. https://t.co/yQB2ntjutz

“This is a heartbreaking story and one our nation should be ashamed of,” said Julián Castro. The former Housing and Urban Development secretary also pointed out that if the federal government refuses to deliver adequate rent relief to Americans who “owe $70 billion in back rent that they won’t be able to pay… there will be millions of stories like these.”

This is a heartbreaking story and one our nation should be ashamed of.

Americans owe $70 billion in back rent that they won’t be able to pay. If we don’t get them relief, there will be millions of stories like these. https://t.co/pkTz2pu2if

“Any of these stories could have been used to explore the pressing social and economic realities of being poor in the United States, and having to work for things considered fundamental rights in other countries,” the media critic wrote in Fairness and Accuracy in Reporting. “But instead they are presented as uplifting features, something only possible if we unquestionably accept the political and economic system.”

What these articles highlight so clearly is not only the grim, inhuman, and unnecessary conditions so many Americans are forced to live under, but the degree to which mainstream corporate journalists have completely internalized them as unremarkable, inevitable facts of life, rather than the consequences of decades of neoliberal policies that have robbed Americans of dignity and basic human rights. Because corporate media wholly accept and promote neoliberal, free-market doctrine, they are unable to see how what they see as “awesome” is actually a manifestation of late-capitalist dystopia.

As philosopher Ben Burgis argued in Jacobin in May 2020, rather than forcing people to convince strangers to help them on crowdfunding sites, the U.S. needs a strong welfare state funded through redistributive taxation to ensure that everyone’s basic needs are met.

“The scale of the current crisis casts the absurdity of relying on GoFundMe for these social needs into sharp relief,” wrote Burgis. “It’s as if we were living on an island about to be wiped out by a volcano and we were relying on a multitude of individual fundraisers, each jostling for attention, to purchase each individual boat or plane to be used in the evacuation.”

“But it’s even worse,” he added. “The fact that anyone has ever needed to use GoFundMe to pay for things like rent or healthcare is a symptom of a social sickness far older than Covid-19.”