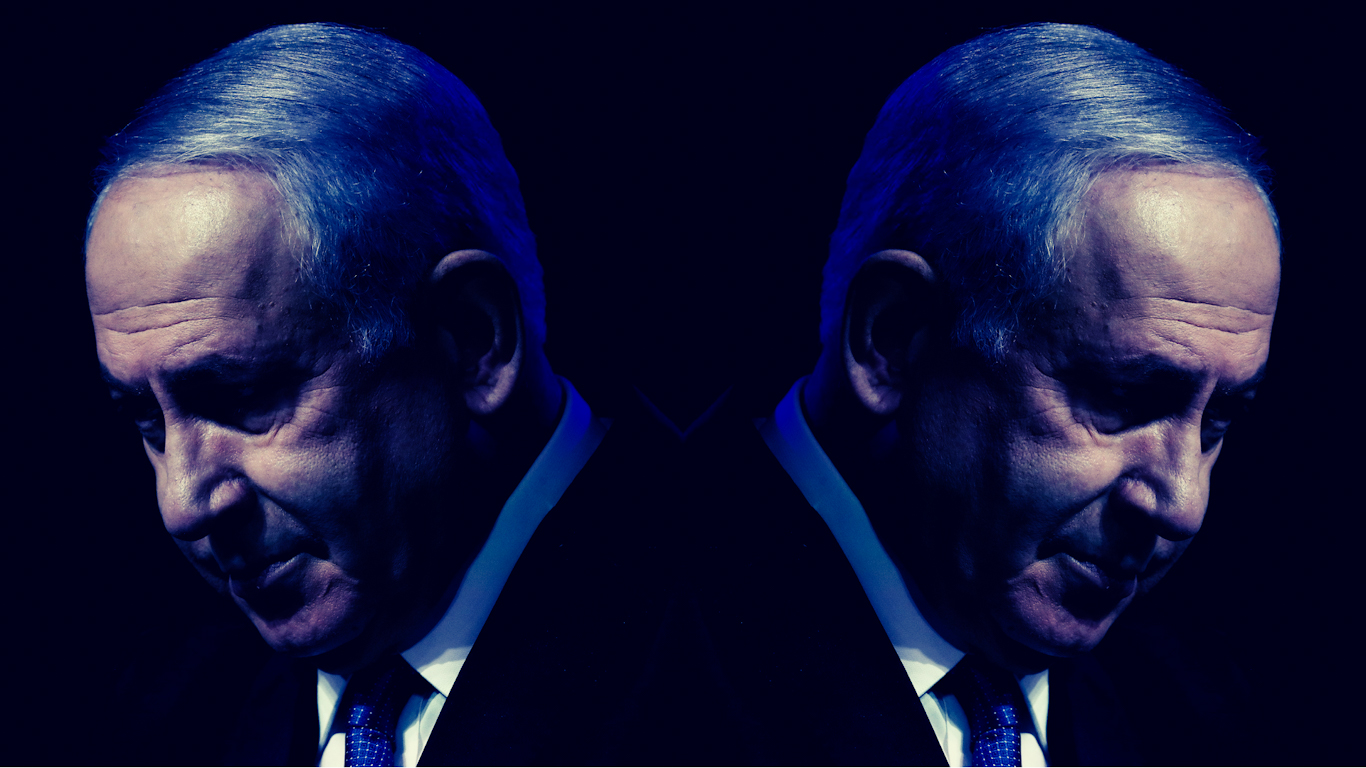 Netanyahu’s ‘achievements’ for Israel cannot be judged according to the same criteria as that of Ben Gurion. Both were staunch Zionist ideologues and savvy politicians. Unlike Ben Gurion, though, Netanyahu did not lead a so-called ‘war of independence,’ merging militias into an army and carefully constructing a ‘national narrative’ that helped Israel justify its numerous crimes against the indigenous Palestinians, at least in the eyes of Israel and its supporters.

The cliched explanation of Netanyahu’s success in politics is that he is a ‘survivor’, a hustler, a fox or, at best, a political genius. However, there is more to Netanyahu than mere soundbites. Unlike other right-wing politicians around the world, Netanyahu did not simply exploit or ride the wave of an existing populist movement. Instead, he was the main architect of the current version of Israel’s right-wing politics. If Ben Gurion was the founding father of Israel in 1948, Netanyahu is the founding father of the new Israel in 1996. While Ben Gurion and his disciples used ethnic cleansing, colonization and illegal settlement construction for strategic and military reasons, Netanyahu, while carrying on with the same practices, changed the narrative altogether.

For Netanyahu, the biblical version of Israel was far more convincing than the secular Zionist ideology of yesteryears. By changing the narrative, Netanyahu managed to redefine the support for Israel around the world, bringing together right-wing religious zealots, chauvinistic, Islamophobic, far-right and ultra-nationalist parties in the US and elsewhere.

Netanyahu’s success in rebranding the centrality of the idea of Israel in the minds of its traditional supporters was not a mere political strategy. He also shifted the balance of power in Israel by making Jewish extremists and illegal settlers in the occupied Palestinian territories his core constituency. Subsequently, he reinvented Israeli conservative politics altogether.

Indeed, a whole new generation of Israelis grew up watching Netanyahu take the right-wing camp from one success to another. For them, he is the savior. His hate-filled rallies and anti-peace rhetoric in the mid-1990s galvanized Jewish extremists, one of whom killed Yitzhak Rabin, Israel’s former Prime Minister who engaged the Palestinian leadership through the ‘peace process’ and, ultimately, signed the Oslo Accords.

Despite the fact that, historically, Israeli politics is defined by its ever-changing dynamics, Netanyahu has helped the right prolong its dominance, completely eclipsing the once-hegemonic Labor Party. This is why the right loves Netanyahu. Under his reign, illegal Jewish colonies expanded unprecedentedly, and any possibility, however meager, of a two-state solution has been forever buried.

Additionally, Netanyahu changed the relationship between the US and Israel, where the latter was no longer a ‘client regime’ – not that it ever was in the strict definition of the term – but one that holds much sway over the US Congress and the White House.

Every attempt by Israel’s political elites to dislodge Netanyahu from power has failed. No coalition was powerful enough; no election outcome was decisive enough and no one was successful enough in convincing Israeli society that he could do more for them than Netanyahu has. Even when Gideon Sa’ar from Netanyahu’s own Likud party tried to stage his own coup against Netanyahu, he lost the vote and the support of the Likudists, later to be ostracized altogether.

Sa’ar later founded his own party, New Hope, continuing with the desperate attempt to oust the seemingly unconquerable Netanyahu. Four general elections within only two years still failed to push Netanyahu out. Every possible mathematical equation to unify various coalitions, all united by the single aim of defeating Netanyahu, has also failed. Each time, Netanyahu came back, with greater resolve to hang on to his seat, challenging contenders within his own party as well as his enemies from without. Even Israel’s court system, which is currently trying Netanyahu for corruption, was not powerful enough to compel disgraced Netanyahu to resign.

Until May of this year, Palestinians seemed to be marginal, if at all relevant to this conversation. Palestinians living under Israeli military occupation looked as if they were mollified, thanks to Israeli violence and Palestinian Authority acquiescence. Palestinians in Gaza, despite occasional displays of defiance, were battling a 15-year-long Israeli siege. Palestinian communities inside Israel seemed alien to any political conversation pertaining to the struggle and aspirations of the Palestinian people.

All of these illusions were dispelled when Gaza rose in solidarity with a small Palestinian community in Sheikh Jarrah in occupied East Jerusalem. Their resistance ignited a torrent of events that, within days, unified all Palestinians, everywhere. Consequently, the popular Palestinian revolt has shifted the discourse in favor of Palestinians and against the Israeli occupation.

Perfectly depicting the significance of that moment, the Financial Times newspaper wrote, “The ferocity of the Palestinian anger caught Israel by surprise.” Netanyahu, whose extremist goons were unleashed against Palestinians everywhere, similar to his army being unleashed against besieged Gaza, found himself at an unprecedented disadvantage. It took only 11 days of war to shatter Israel’s sense of ‘security’, expose its sham democracy and spoil its image around the world.

The once untouchable Netanyahu became the mockery of Israeli politics. His conduct in Gaza was described by leading Israeli politicians as “embarrassing”, a defeat and a “surrender”.

Netanyahu struggled to redeem his image. It was too late. As strange as this may sound, it was not Bennett or Lieberman who finally dethroned the “King of Israel’, but the Palestinians themselves.