The current administration is using Title 42 “to rebuff the pleas of thousands of Haitians and myriad others arriving at the Southern Border who are fleeing violence, persecution, or torture.” 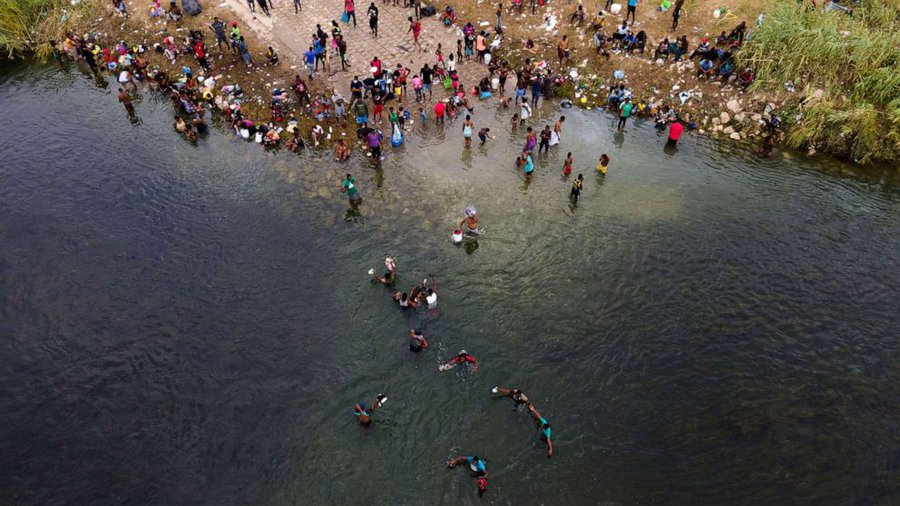 A senior official departing the Biden State Department has issued a blistering critique of the administration’s ongoing use of a Trump-era policy “to rebuff the pleas of thousands of Haitians and myriad others arriving at the Southern Border who are fleeing violence, persecution, or torture” and urged his remaining colleagues “to do everything in your power to revise this policy.”

The rebuke, Politico first reported, came in an Oct. 2 internal memo—which centers on the government’s use of Title 42—from resigning senior adviser Harold Koh.

A provision of the 1944 Public Health Service Act, Title 42 was invoked by the Trump administration in March 2020 to block asylum seekers at the start of the Covid-19 pandemic under the guise of stopping the spread of the disease.

Despite sharp criticism from public health and human rights experts including the United Nations refugee office, the Biden administration has continued to use the policy to deport hundreds of thousands and has defended the program in court.

“Top Biden administration officials would rather resign in protest than continue implementin it,” Castro continued. “It’s long past time for President Biden to end Title 42.”

Koh, the State Department legal adviser from 2009-2013 during the Obama administration, penned the memo as he is stepping away from his day-to-day job and taking a role at Oxford University. An administration official said Koh would be staying on in a consulting role and that his departure was long-planned. Reached by phone, Koh declined to comment.

In his memo, obtained by Politico, Koh describes the Title 42 policy as “illegal and inhumane.”

“The breadth and subsequent implementation of Title 42 authority,” he wrote, “raises significant concerns about whether the United States is living up to its binding obligations under international law,” pointing to Title 42 expulsion as running afoul of the Convention against Torture and Refugee Convention.

“I write first, because I believe this administration’s current implementation of the Title 42 authority continues to violate our legal obligation not to expel or return (‘refouler’) individuals who fear persecution, death, or torture, especially migrants fleeing from Haiti,” Koh wrote, later calling the country “a humanitarian nightmare.”

“Second,” Koh continued, “my concerns have only been heightened by recent tragic events in Haiti, which had led this administration wisely to extend temporary protected status (TPS) to Haitians already in the United States.”

In addition, “lawful, more humane alternatives plainly exist,” wrote Koh, “and there are approaching opportunities in the near future to substitute those alternatives in place of the current, badly flawed policy” that must be seized.

He suggested that “various court filing deadlines, including possible Supreme Court litigation over the coming weeks, not be viewed as occasions for doubling down on the current misguided policy” but rather “important opportunities for this administration to announce that after reconsideration, we have prudently changed these policies for the better.”

The memo also pointed to President Joe Biden’s own recent comments following outrage over footage of mounted U.S. border agents menacing Black migrants at the southern border with horse whips, with the president calling it “wrong” and asserting it’s “simply not who we are.”

“The same could be said of current illegal and inhumane policy of Title 42 expulsions,” Koh wrote in his memo. “It simply is not worthy of this administration that I so strongly support.”

Sharing Politico‘s reporting, Center for American Progress president Patrick Gaspard called Koh “one of the most respected human rights lawyers” in the country whose “objections to the inhumane abuse of Title 42 cannot be easily dismissed.”

The memo followed the September resignation of the Biden administration’s special envoy to Haiti, Daniel Foote.

“I will not be associated with the United States’ inhumane, counterproductive decision to deport thousands of Haitian refugees,” Foote wrote in his resignation letter.