“This is a huge win for all European citizens.” 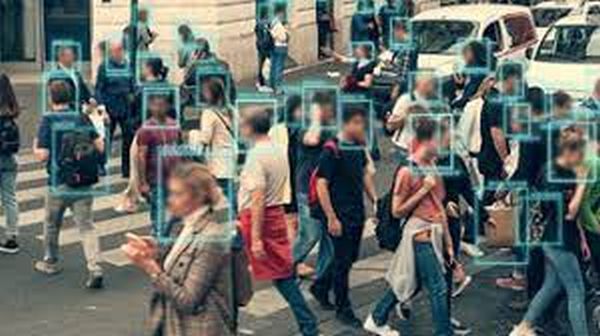 The European Parliament has overwhelmingly approved a call to ban facial recognition surveillance—a development heralded by the technology’s foes as a “big win for human rights.”

The vote on the resolution was 377-248. While the measure is nonbinding, the EUObserver reported Wednesday that its passsage means “Parliament now has for the first time an official position advocating for a ban on biometric mass surveillance, which sends a strong signal for negotiations of the first-ever EU rules on AI systems.”

“Fundamental rights are unconditional,” MEP Petar Vitanov, a member of the Bulgarian Socialist Party who backed the resolution, said in a statement.

“For the first time ever,” he continued, “we are calling for a moratorium on the deployment of facial recognition systems for law enforcement purposes, as the technology has proven to be ineffective and often leads to discriminatory results. We are clearly opposed to predictive policing based on the use of AI as well as any processing of biometric data that leads to mass surveillance. This is a huge win for all European citizens.”

More in my plenary speech: pic.twitter.com/5V1TyGwHEr

The resolution backs a report from the Parliament’s EP Committee on Civil Liberties, Justice and Home Affairs, and, according to the Reclaim Your Face initiative, represents “a historic moment.”

Ella Jakubowska, policy advisor with European Digital Rights (EDRi), a member of the Reclaim Your Face campaign, explained in a Wednesday blog post:

The report on Artificial intelligence in criminal law is what’s known as an “INI,” or own-initiative, report, which means that the Parliament decided to put forward their position on uses of AI in criminal law and justice, but without this being legally-binding. Led by MEP Petar Vitanov from the Socialists and Democrats (S&D) group, the Parliamentary committee for civil liberties and justice (LIBE) adopted their version of the report in September, with support from across the political spectrum, with the notable exception of the EPP group…

This report was a litmus test of the ability to get broad parliamentary support for EDRi’s positions. Before the Plenary (entire European Parliament) vote, the European People’s Party (EPP) group put forward four proposed amendments which would significantly weaken some of the strongest parts of LIBE’s report. Using securitisation narratives, the EPP sought to reserve the ability for law enforcement to adopt predictive policing and biometric mass surveillance practices. However, a majority of MEPs rejected this attempt to weaken the report’s fundamental rights safeguards.

Among the important parts of the report, the campaign said, are that it:

The vote was also welcomed by Patrick Breyer, a Pirate Party MEP and Greens/EFA shadow rapporteur on the report, who called it “a breakthrough moment in the fight to halt the use of intrusive and discriminatory uses of mass surveillance tools by police authorities.”

“Biometric mass surveillance,” he added, “wrongfully reports large numbers of innocent citizens, systematically discriminates against under-represented groups, and, has a chilling effect on a free and diverse society.”