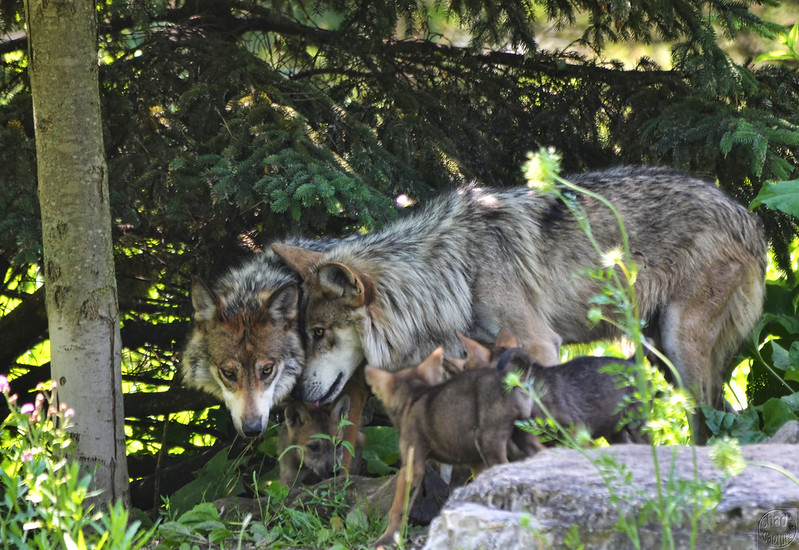 In an oral bench ruling expected to be appealed, Dane County Circuit Judge Jacob Frost issued a temporary injunction halting the hunting season—which would have started on November 6—by reducing a 300-wolf kill quota to zero until the state Department of Natural Resources (DNR) complies with its own rules, Wisconsin Public Radio reports.

“I’m not overruling the wolf hunt law. In fact, I’m saying it has to be enforced as it was written and intended,” Frost explained, adding that DNR “is currently not following the law” or the state constitution.

“[DNR’s] decisions are built on a faulty basis, meaning they can’t stand, either,” the judge added. “DNR needs to stop it. They need to actually comply with the law.”

Paul Collins, Wisconsin state director for Animal Wellness Action, said in a statement that “the court brought sanity and balance to the wolf debate in Wisconsin by requiring DNR to follow the constitution and stop taking unlawful actions related to wolf management, including its reckless approach to the planned November wolf hunt.”

Michelle Lute, who has a doctorate in wolf management and is the national carnivore conservation manager for the advocacy group Project Coyote, said that “we are heartened by this rare instance of reason and democracy prevailing in state wolf policy.”

“The DNR violated the constitution and… the wolf slaughter scheduled to start in November would result in catastrophic and irreparable harm,” she added.

Among other things, the coalition argued that the season is illegal because the Department of Natural Resources hasn’t updated its regulations setting up season parameters and has been relying on an emergency rule put in place shortly after then-Gov. Scott Walker signed a law in 2012 authorizing annual seasons.

Lac du Flambeau Band of Lake Superior Chippewa President John Johnson explained in a court declaration that “the Ojibwe that hunt, fish, and gather; we take and give back. We are supposed to be looking out for the next seven generations.”

“I try to do that by teaching my grandsons to just take what they need to survive,” he added. “When we know it is wrong to hunt, we do not hunt. We take a step back and assess the damage. We determine how we can help so we can have the animals, the plants, the fish, for our future.”

VICTORY FOR WOLVES IN WISCONSIN! Today a WI court issued an injunction to halt the planned Nov. wolf trophy hunt as part of our legal action filed against @WDNR by us & partners https://t.co/Y0EvY06MAB pic.twitter.com/gR1rrpkyuZ

Last month, organizations representing nearly 200 tribes signed a letter to U.S. Interior Secretary Deb Haaland urging her to restore Endangered Species Act (ESA) protections to wolves nationwide, a move the groups said would “allow for the Biden administration to not only show its commitment to Indian Country, but [also] correct a wrong birthed by the previous administration.”

During the final weeks of the Trump administration in January, the U.S. Fish and Wildlife Service delisted gray wolves from the ESA after 45 years of protection, despite warnings from Indigenous leaders and other conservation experts. According to a July study, Wisconsin lost as much as a third of its gray wolf population following the move.

“The delisting of the gray wolf without tribal consultation is a stain that we are certain you don’t want to preserve under your leadership,” the groups wrote to Haaland.

Gussie Lord, an attorney at EarthJustice—which represents tribal nations in separate legal challenge set to be argued in federal court next week—said in a statement Friday that while “we applaud today’s well-crafted decision… we also understand that it may not be the last word on this issue in the Wisconsin court system.”

“We intend to pursue every opportunity to protect the Ojibwe tribes and the Wisconsin wolf population,” she added.