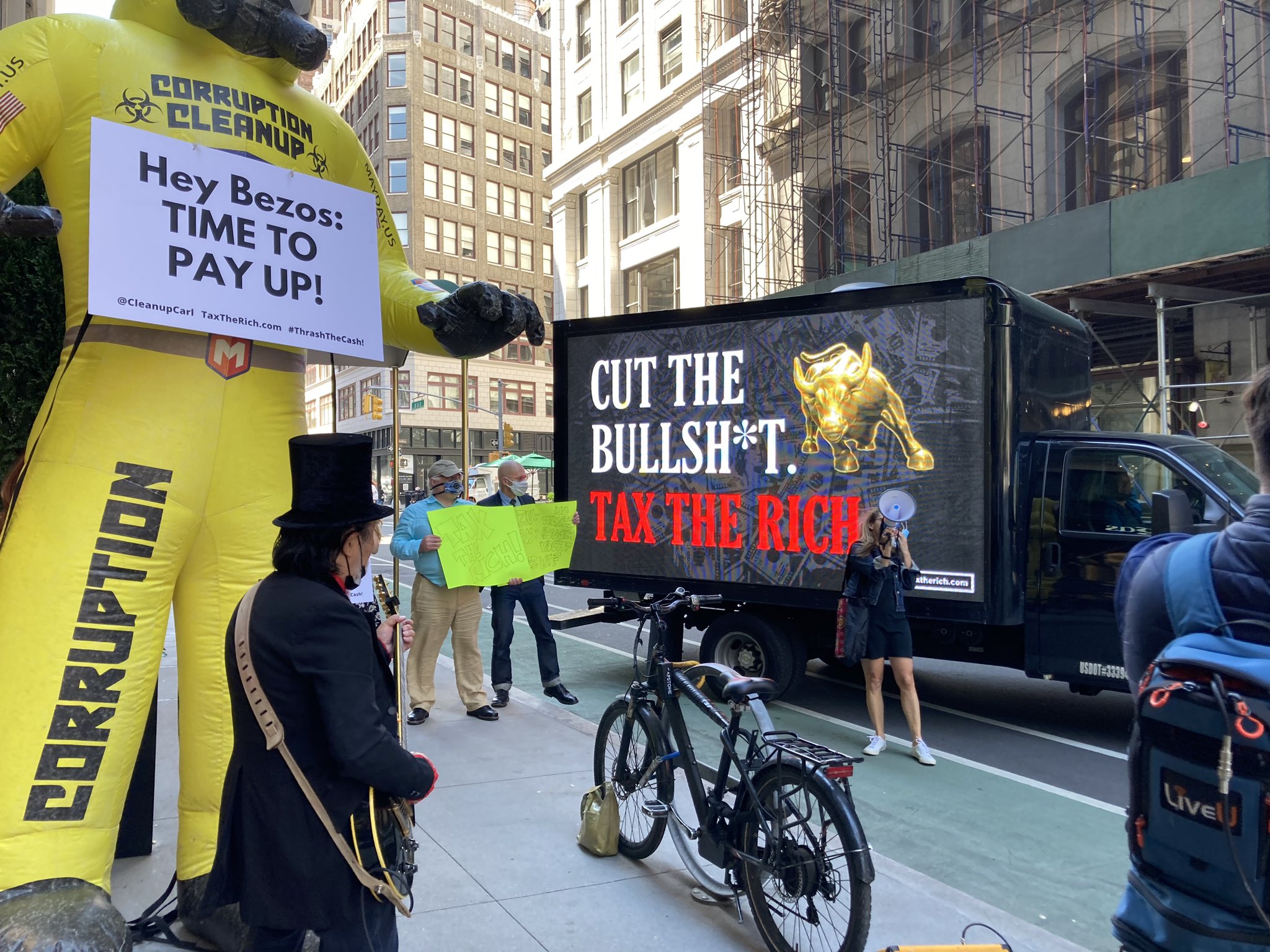 Major U.S. companies that got a “stealth bailout” thanks to congressional pandemic relief legislation are now lobbying against President Joe Biden’s proposal to hike taxes on wealthy individuals and corporations through the Build Back Better package, according to a new Accountable.US analysis provided exclusively to Common Dreams.

The watchdog group’s report comes amid uncertainty over whether Biden’s proposal to increase the federal tax rate for businesses from 21% to 28% will stay in the package, or if the budget reconciliation bill will even pass at all, due to ongoing obstruction by a few corporate-backed right-wing Democrats.

A bailout program created by the Federal Reserve in March 2020 got at least $25 billion from the Coronavirus Aid, Relief, and Economic Security (CARES) Act signed in March 2020 by then-President Donald Trump, who infamously cut the corporate tax rate from 35% to 21% in 2017.

Writing for The Intercept and The American Prospect in May 2020, David Dayen explained that the Fed program, the Secondary Market Corporate Credit Facility (SMCCF), was “an unprecedented rescue of corporate America” that enabled large companies “to avoid taking money directly—and sidestep requirements to keep employees on—by instead issuing bonds.”

Accountable.US’s report highlights corporations that had bonds purchased by the Fed through the SMCCF and, according to public disclosures, have engaged in lobbying on tax policy this year. The group calls attention to how much the Fed spent on corporate bonds issued by each company:

The report notes that Congress has also allocated $2.18 billion in funding to Johnson & Johnson for Covid-19 vaccines and therapeutics. Meanwhile, the company’s CFO, Joseph Wolk, pushed back against Biden’s proposed corporate tax hike during an April earnings call.

“With respect to tax reform, we share a lot of rhetoric about a race to a bottom,” he said, raising concerns about remaining competitive. “I don’t know why folks are anxious to have a race to the top in terms of rates either.”

Wolk wasn’t alone. FedEx chairman and CEO Fred Smith wrote in an April letter to employees that the company “supports the rebuilding of American infrastructure,” but that “the current corporate tax proposals in the administration’s plan will reduce capital investment and significantly degrade U.S. competitiveness.”

The same month, DuPont CFO Lori Koch said that “there’s a couple of headwinds in the Biden plan besides just the U.S. corporate rate going up to 28%. There’s also the impact on the foreign earnings piece that we’re working through. And so if the full Biden plan goes into effect, then it puts the U.S.-based companies at a disadvantage as they would be subject to higher tax rates on their foreign earnings than their foreign competitors.”

Accountable.US president Kyle Herrig, in a statement to Common Dreams, blasted the corporations for benefiting from the bond bailout then fighting against Democrats’ current efforts to raise taxes.

“When the pandemic hit, big corporations were first in line for help as millions of families lost their jobs and their livelihoods,” Herrig said. “Now when it’s time to finally put workers first, big businesses are spending millions to maintain their advantage and preserve the status quo.”

“With crucial support for childcare and healthcare on the line,” he added, “lawmakers must invest in an economy that works for all and put a stop to corporations rigging the economy in their favor.”

The Wall Street Journal reported Wednesday that Sen. Kyrsten Sinema (D-Ariz.)—who is facing intense criticism for taking corporate money and her efforts to water down the Build Back Better package—has told lobbyists that she opposes “any increase in marginal rates for businesses, high-income individuals, or capital gains.”

Reuters revealed that “the White House told Democratic lawmakers on Wednesday that a proposed hike in U.S. corporate taxes is unlikely to make it into their signature social spending bill, according to a congressional source familiar with the discussions.”

However, White House spokesperson Andrew Bates told the outlet that “there is an expansive menu of options for how to finance the president’s plan to ensure our economy delivers for hardworking families, and none of them are off the table.”